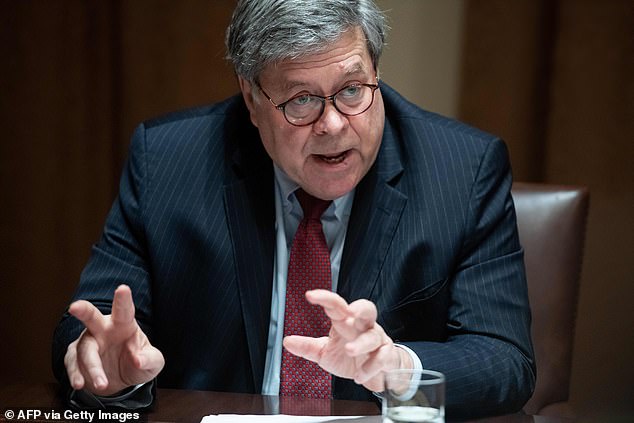 The Justice Department declared New York City, Portland and Seattle as ‘anarchist jurisdictions that can have federal funding ripped away for failing to clamp down on violence according to its criteria.  It listed the three cities as among those ‘that have permitted violence and destruction of property to persist and have refused to undertake reasonable … Read more Justice Department brands NYC an ‘anarchist jurisdiction’ targeted for defunding 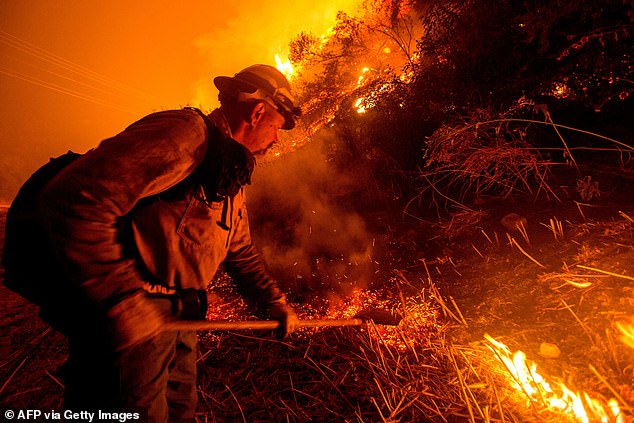 Over the last several weeks, record-setting wildfires – fueled by winds, dry conditions and climate change – have been ravaging the West Coast. California has borne the brunt with more than 3.2 million acres of forest and grassland burned, but devastating flames have also swept across Oregon, Washington and other nearby states. Smoke wafted into … Read more Toxic smoke and ash from West Coast wildfires could make people more susceptible to coronavirus 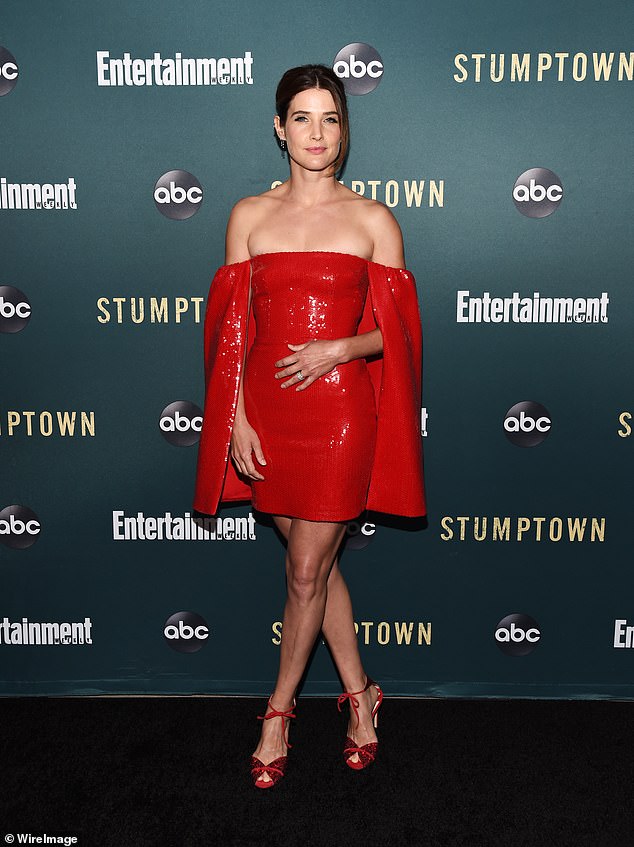 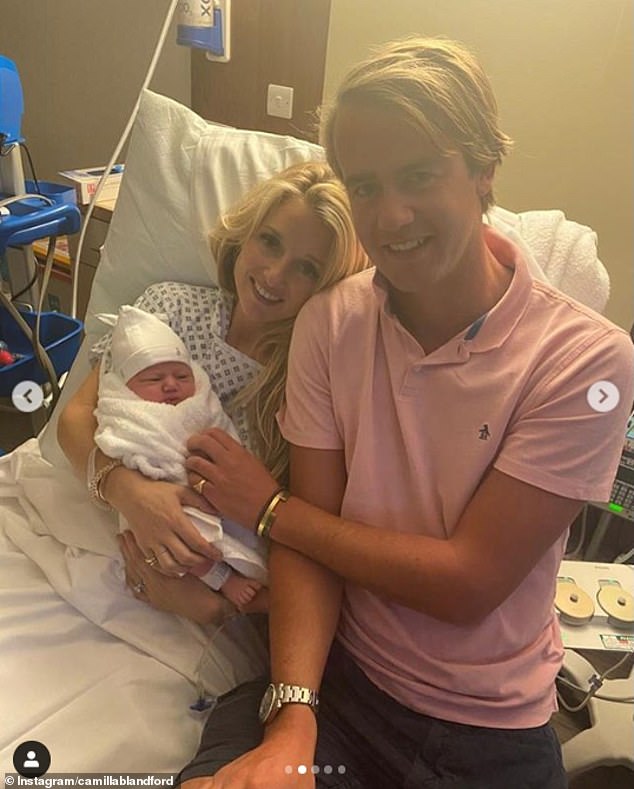 The future Duke of Marlborough and his wife have announced the birth of their first child with a selection of adorable images of their ‘little angel’. George Spencer-Churchill, the Marquess of Blandford, 28, has become a father after his wife interior designer Camilla Thorp, 32, gave birth to a daughter on Thursday night in Portland Hospital, London. Revealing … Read more Marquess of Blandford announces the birth of his baby and reveals her daughter’s sweet name 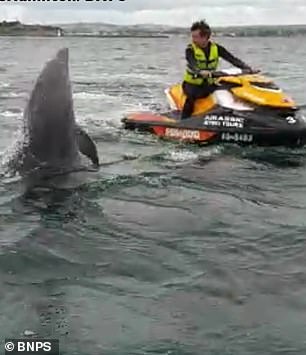 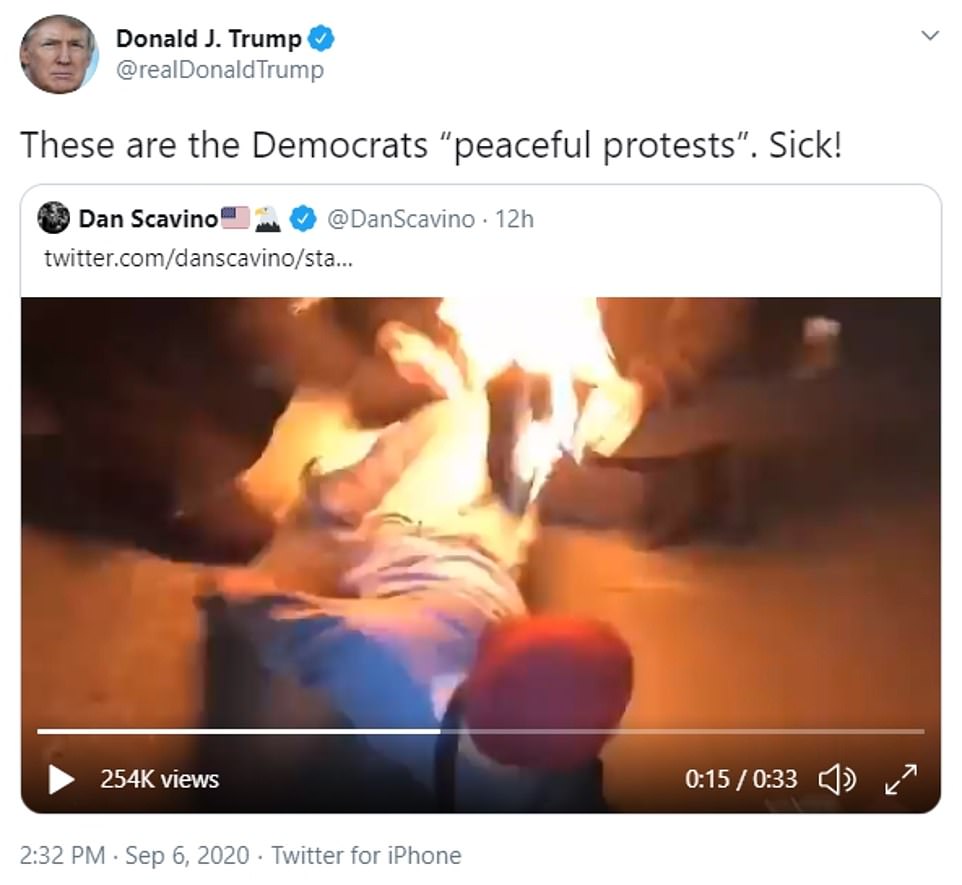 President Donald Trump ridiculed ongoing protests in Portland by tweeting a video of an activist accidentally setting himself on fire with a Molotov cocktail.   ‘These are the Democrats “peaceful protests”. Sick!’ Trump panned on Sunday as he retweeted a clip of the activist and fellow protesters desperately trying to extinguish the blaze engulfing his pants.   … Read more Trump slams Democrats’ ‘peaceful protests’ with violent video from Portland 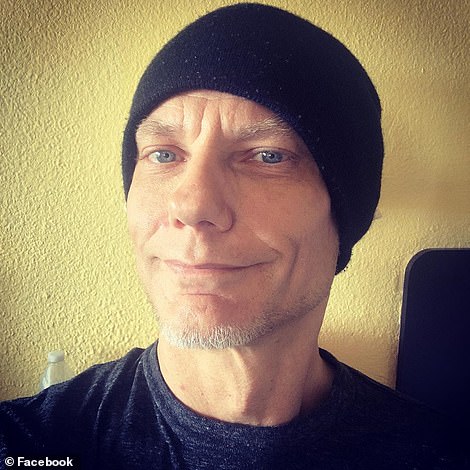 Michael Forest Reinoehl, 48, was identified by anonymous police sources cited by The Oregonian. His estranged sister also reported him to the police after recognizing him in videos from Saturday night’s shooting  The man under investigation for shooting dead a Trump supporter and right-wing activist in Portland on Saturday night is a 48-year-old father-of-two whose … Read more Portland man ‘under investigation’ for shooting Trump supporter 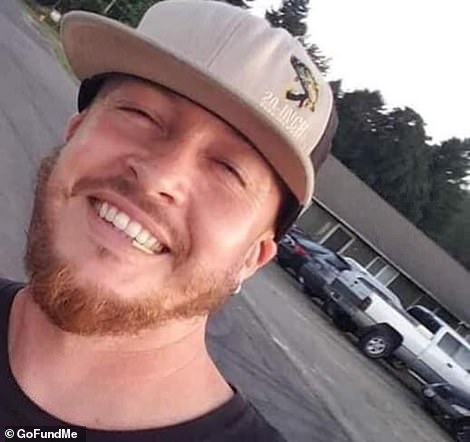 Disturbing video captured the shooting that left Jay Bishop dead in Portland on Saturday night The man shot and killed wearing a Patriot Prayer baseball cap during violent clashes between Trump supporters and BLM protesters in Portland has been named as Jay Bishop.   In disturbing footage, recorded by videographer Justin Dunlap, the victim, later identified as … Read more PICTURED – Maga Martyr shot and killed in Portland 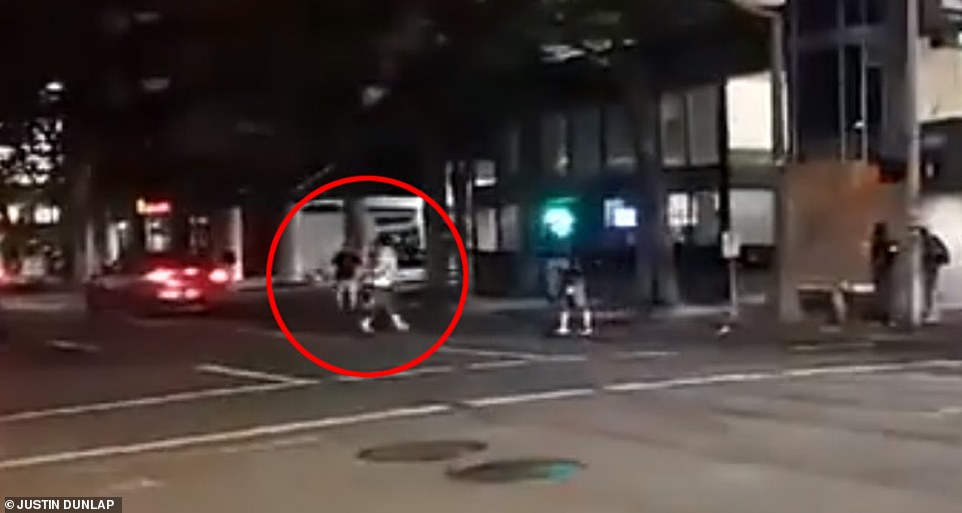 Disturbing video shows the moment a man wearing a Patriot Prayer baseball cap was shot and killed in Portland as tensions between pro-Trump supporters and Black Lives Matter counter-protesters boiled over.   In the footage, recorded by videographer Justin Dunlap, the victim appears to be following two other people down a street before two gunshots ring … Read more Moment man ‘in Patriot Prayer hat’ is shot dead in Portland amid clashes with BLM and Trump fans 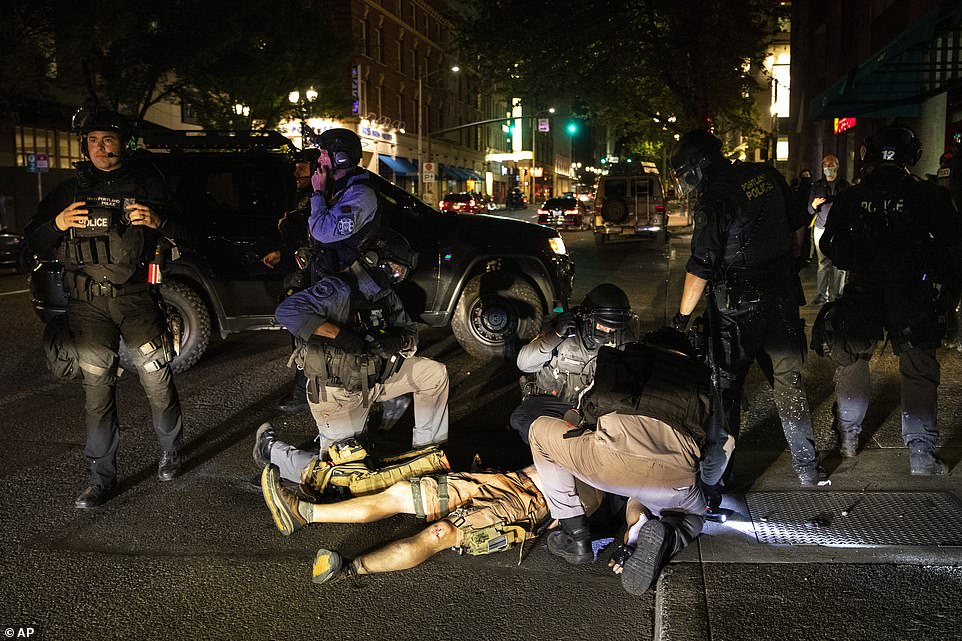 One person was shot dead in Portland on Saturday night as tensions between pro-Trump supporters and Black Lives Matter counter-protesters boiled over. The victim was pictured lying on the ground wearing a Patriot Prayer baseball cap, appearing to show support for the far-Right group which is frequently present during Portland protests.  The Portland protest was … Read more Man is shot dead in Portland during clashes between Trump supporters and BLM