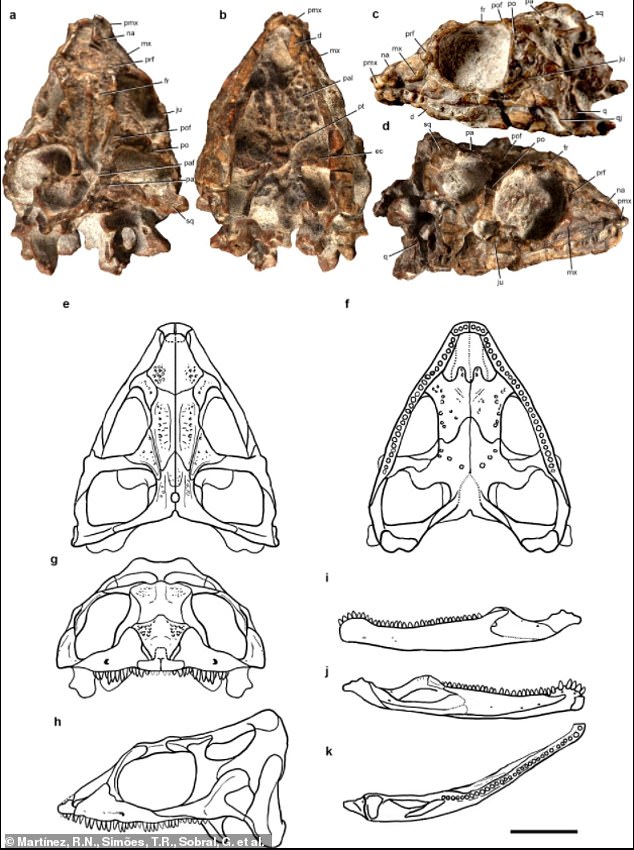 Scientists have found an ‘almost perfectly preserved’ skull of a previously unknown animal that lived some 230 million years ago and is the ancestor of most modern reptiles. Known as Taytalura alcoberi, this member of the Lepidosauromorpha, a group of reptiles that predates the dinosaurs, lived in what is now modern-day Argentina during the Late … Read more

Viking-era ‘piggybank’ of 1,000-year-old silver coins is discovered by a metal detector enthusiast on the Isle of Man A metal detector enthusiast discovered 87 Viking-era coins on the Isle of Man Former police officer Kath Giles found them in April in a field  Experts believe the coins, minted between 1000-1035 AD, were buried for safekeeping … Read more

Ancient Roman baths dating back some 2,000 years have been discovered in the Andalusia region of southwest Spain. The surprisingly well-preserved structure, which still retains windows, doors and entire walls, was discovered under sand dunes in Cádiz’s Caños de Meca beach. The baths were likely intended as a place for local farmers and fishermen to … Read more

One of the earliest known maps of London has been found during a routine house clearance. The fascinating engraved plan of the capital of England dates from the time of Queen Elizabeth I and William Shakespeare. The handmade map shows how the city looked in the 1570s when it would have had a population of … Read more

Archaeologists announced the discovery of a 3,500-year-old ‘lost city of gold’ that was built by King Tutankhamun’s grandfather and may be the most significant find since the boy-pharaoh’s lavish tomb was unearthed nearly a century ago. The ancient pharaonic city, known as Aten, was constructed by King Amenhotep III, who begin his rule around 1391 … Read more

Footprints discovered in the sand on a Spanish beach were left by a Neanderthal child 100,000 years ago ‘jumping irregularly as though dancing,’ study shows.  The prints were uncovered due to stormy weather and high tides in June 2020, and were spotted by a pair of biologists walking on the sand. They stumbled upon what … Read more