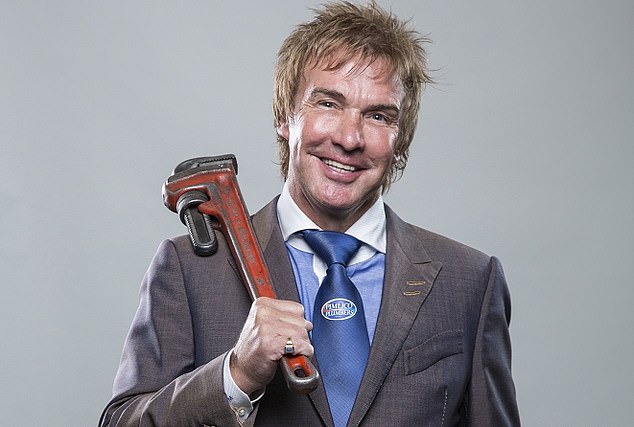 
Celebrity plumbing tycoon Charlie Mullins is in line for a windfall of more than £100million after agreeing to sell his business.

The 68-year-old, who often makes headlines for voicing his outspoken views, founded Pimlico Plumbers in 1979.

It has since expanded to boast annual sales of £50million, making its name providing services to London’s rich and famous.

Flood of cash: Charlie Mullins, who founded Pimlico Plumbers in 1979, is in line for a windfall of more than £100m

But yesterday it was announced that the family-run business had been bought by US giant Neighborly for an undisclosed sum – thought to be around £140million.

It is understood that Mullins has sold out as part of the deal, with his 90 per cent stake valued at around £125million.

His son Scott, 49, who owns 10 per cent according to regulatory filings, is thought to have kept shares in the business.

After succeeding his father as chief executive in 2019, he will stay in the role, Neighborly said.

Yesterday Scott Mullins paid tribute to his father, who left school aged 15 with no qualifications, for ‘creating the business out of nothing’.

Texas-based Neighborly is owned by private equity firm KKR, which is one of the world’s biggest providers of home maintenance services.