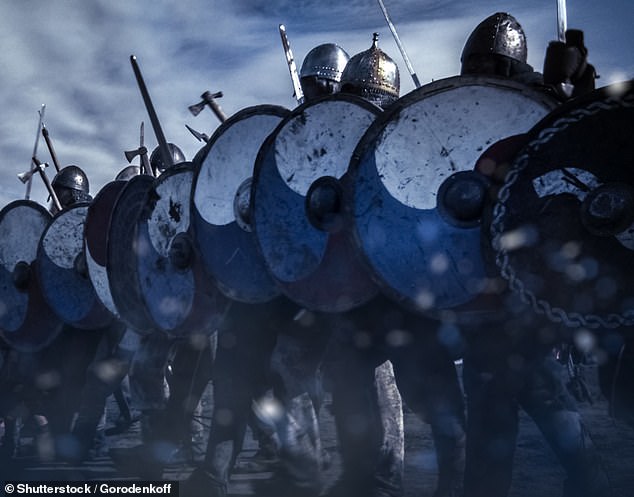 By Alex Brummer for the Daily Mail


Private equity ownership of the supermarket chain Morrisons, employer of 110,000 people, will move a step closer this week.

The favoured suitor Clayton Dubilier & Rice (CD&R) is required to submit its formal offer to shareholders by September 25.

Softbank-backed outfit Fortress could still come back with a higher offer, or another buyer could emerge. But a near-certain outcome is that the Bradford-based grocer will lose its independence.

On the march: The gates were opened and the private equity barbarians are pouring through

How has this happened? The blame can fairly be put on a board chaired by Andy Higginson, and long shareholders without the vision to see what financially driven disrupters have on their minds.

Government in the shape of Business Secretary Kwasi Kwarteng has seen no reason to intervene. The Competition & Markets Authority expressed concern about the instability that can arise from indebted takeovers but lacks the powers to pile in.

Morrisons and other grocers are vulnerable because they have been so undervalued on the FTSE. Asda has moved into private equity hands, J Sainsbury is wobbling and Tesco, having foolishly sold its interests in the booming Far East, now looks like just another undistinguished utility grocer.

Established grocers are weak because of the discounters Lidl and Aldi. As they established a foothold in the UK, the native supermarkets had to fight back on price.

This battle has taken a terrible toll on margins and profits. They have had to run to stay on the spot. But where weak boards and fund managers saw a problem, private equity spotted an opportunity. Assets can be brought from under the noses of owners at rock bottom prices. These are still bargain-basement even after a bidding war.

What CD&R sees is that after the recent expansion, the German discounters are close to saturation point in the UK.

Suitable sites are fewer and too expensive. Rather than pour resources into the UK, discounters are rolling out operations as far away as Australia. As Tesco ended global expansion they are moving into the vacuum.

Here in Britain tastes are changing. Food prices are always important and consumers don’t want to be taken for granted. The real trend is for better quality produce.

That’s why Morrisons is such a steal with its own cheese, fish and butcheries making British produce at good prices. Quality and healthier eating are becoming more important. The CD&R consortium has understood the wrong-headed narrative and seen a different proposition.

Doubtless all the usual private equity trickery will be used.

Sale and lease-back of the freeholds will raise some easy money. Investment in off-the-shelf technology from the likes of cloud kings Salesforce.com could allow cost-cutting and staff shrinkages.

But the real prize could be combining Morrisons, in some way, with Motor Fuel Group (MFG), controlled by CD&R and with 900 outlets. The game plan would be to turn the forecourts into electric charging stations – this has already started – and establishing Morrisons convenience stores with coffee shop facilities on the sites.

No one wants to see the UK’s well-run supermarket sector run by outsiders operating in the shadows.

But the dice have been loaded against the grocers by myopic executives, feeble boards and lazy investors who care more about woke ESG agendas than running muscular enterprises.

They opened the gates and the barbarians are pouring through.