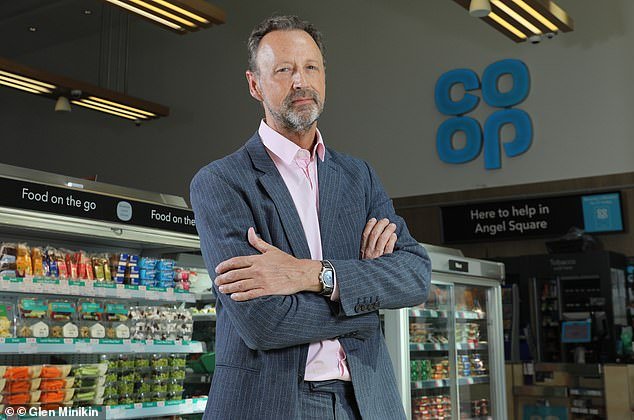 Co-op vows to repay £15.5m furlough cash it received during lockdown as its annual profits more than double to £77m – but it won’t hand back £66m business rates relief

By Antonia Paget For Mailonline


The Co-op has said it will repay the Government £15.5 million it received in furlough support during the height of the pandemic but stopped short of handing back the £66 million it secured in business rates relief.

It comes after more than £2 billion in rates relief was handed back to the state by other essential retailers who continued to trade during lockdown measures.

Asda announced it will hand back £340 million saved in business rates relief, Sainsbury’s said it would return £440million, while Tesco and Morrisons agreed to respectively return £585 million and £274 million.

Aldi also announced that they too will hand back around £100million saved in business rates relief – bringing the total across retailers to £1.7billion.

But the Co-op mutual announced that they would not be returning the business rate relief at the same time as it revealed its revenues increased by 5.5% to £11.5 billion during the year to January 2.

Meanwhile, it revealed that its profits after tax and discontinued items more than doubled to £77 million despite being hit by £84 million in pandemic-related costs.

Co-op chief executive Steve Murrells said he believed the move to hold onto the property tax relief was still ‘in line with our ethics’.

‘It was a decision supported by the board and our membership counsel,’ he said. 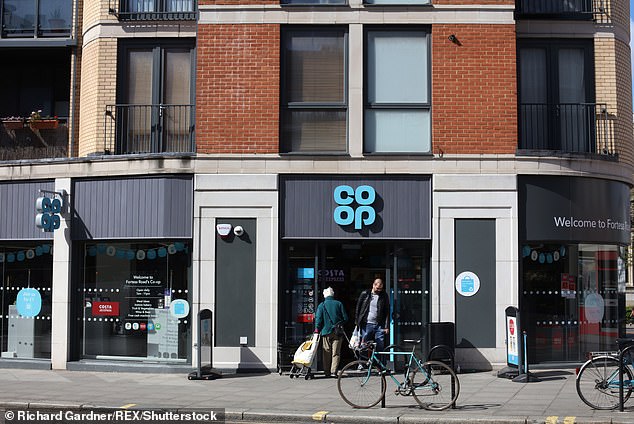 The Co-op has seen revenues jump during the pandemic (pictured: Store in Kentish Town, London)

‘We are not a company who have paid out a dividend and we don’t have the access to capital markets as other so that relief was vital.

‘The furlough money was funding which we claimed for at the onset of the pandemic, and because that was money we actively claimed for we unanimously decided to return that.’

The UK’s five largest supermarkets have all repaid the rates relief, although rivals including M&S, Waitrose and Iceland have also held onto funds secured as part of the rates holiday.

Tesco was the first to reveal plans to hand back cash, saying it will return its £585 million rates holiday.

More than £1.7 billion in total has been pledged to be returned following similar commitments by Morrisons, Sainsbury’s, Aldi and Asda.

Retail analyst Richard Hyman sid that essential retailers will now be expected to follow their example.

What was the coronavirus business rate holiday?

Rishi Sunak unveiled an astonishing £350billion rescue package in March 2020 to try to stave off economic disaster at the height of the coronavirus outbreak.

Among the measures introduced by the Chancellor was a 12-month freeze on business rates.

Under the freeze, businesses in the retail, hospitality and leisure sectors would not have to pay business rates for the 2020 to 2021 tax year, until March 2021.

Businesses were eligible if their property is a:

‘I think one has to give a huge well done for Tesco for doing the right thing and sparking this knock-on effect,’ he said.

‘Now companies who haven’t done the same thing will be pushed into a corner to do the right thing themselves.’

The Co-op said it will not claim for extended rates support offered to firms for the new financial year.

Mr Murrells also said that he expects 2021 to be ‘as challenging’ as last year despite the continued rollout of coronavirus vaccines.

The retailer said it is working to adapt to the changing needs of consumers, including the ‘hyper-localism’ trend of people shopping closer to home.

It said this has helped to buoy strong food sales at its local stores, with a 6.9% jump in like-for-like food sales as it benefited from the closures of hospitality for large periods.

Meanwhile, revenues in its funeral-care business were flat for the year at £272 million despite an 11.4% increase in funerals, driven by the virus.

It said revenues remained stagnant despite higher volumes due to Government restrictions which resulted in more basic arrangements for funerals with restricted numbers of mourners.

Allan Leighton, independent non-executive chair, said: ‘Covid-19 presented us with a national emergency and a unique set of business challenges and community needs which showed that co-operation was capable of making a difference during an extraordinary time in the nation’s history.

‘I am proud of how we rose to the challenge of the pandemic through our business operations and through our support to local communities.

‘Creating Co-op value for our members has always been at the heart of our endeavours and I believe that reached new heights during 2020.’