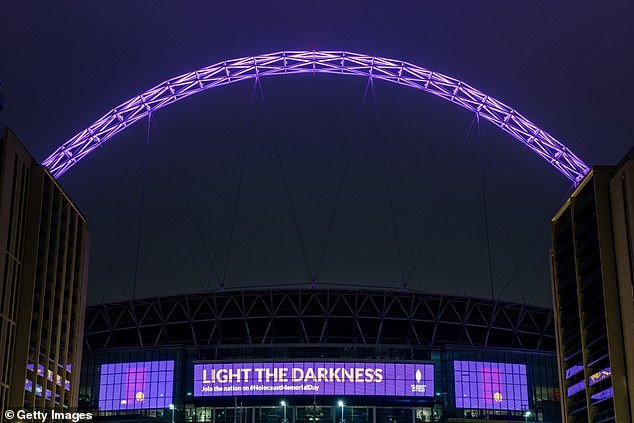 But the tournament will not move to England wholesale, Sportsmail understands, despite Prime Minister Boris Johnson‘s offer to open the country to more games.

Speculation that England could host all 51 matches is ‘insane’ according to one European football source and ‘logistically impossible’, according to another.

The other 11 host cities are well advanced in their own planning and the logistics of providing venues and accommodation in England at this stage is considered to too challenging.

‘It’s insane,’ one source said. ‘It’s not going to happen. The other cities are not going to give up on the tournament.’ 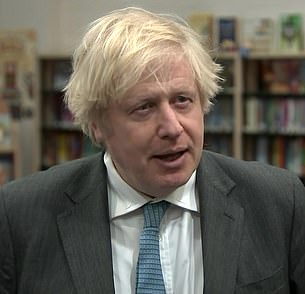 An UEFA spokesman said yesterday that UEFA is ‘committed’ to hosting matches in the 12 selected cities and ‘no other plans are being pursued’.

However, UEFA will have to move games if local authorities impose travel restrictions, as has happened on multiple occasions in the Europa League and Champions’ League this season.

And some reports suggest that UEFA will also consider shifting fixtures if fans cannot be admitted.

‘I would not be surprised to see a couple of cities falling out [of the tournament],’ said the source. And in these circumstances, England will be an ‘obvious candidate’ to host more games because the local authorities have shown themselves capable of managing many similar fixtures in the past. 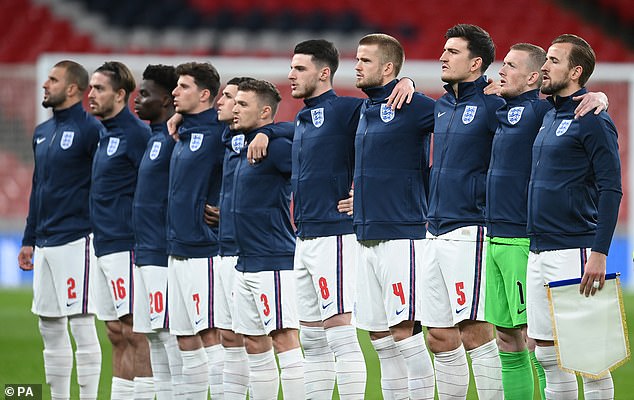 Wembley will host England’s group matches against Croatia, Scotland and the Czech Republic

The Prime Minister sparked excitement when he told The Sun on Tuesday: ‘Any other matches they want hosted, we are certainly on for that!’

From May 17, indoor venues will be allowed to admit up to a maximum of 1,000 spectators, or half their capacity if that figure is lower.

For outdoor events, there will be a maximum of 4,000 fans allowed, or half a venue’s capacity (whichever figure is lower).

However, at the biggest stadiums, with a capacity above 16,000, such as Wembley and Premier League football grounds, a maximum of 10,000 fans will be allowed, or a quarter of capacity (whichever figure is lower).

Provided various conditions are met, including the rate of coronavirus infection, hospitalisations, the number of deaths and vaccinations, all restrictions could be lifted from June 21, allowing capacity crowds.

The UK’s successful vaccination programme makes London one of the most confident host cities involved in Euro2020.

The government’s roadmap for lifting coronavirus lockdown restrictions, based on the high level of vaccinations, which now top 20 million, suggests that up to 10,000 fans could be back in English stadiums from May 19 and form June 21, the country could return to capacity crowds.

However, since the Prime Minister’s comments on hosting additional games, officials involved in organising the tournament have been scrambling to manage expectations.

Hosting 51 matches in England would require clubs to provide their stadiums to stage matches as well as extensive hotel accommodation near those grounds and travel plans. None of that planning has been done, making it impossible to deliver, according to insiders.

In addition, many clubs have plans to relay pitches among other works during the shortened summer break.

While Wembley could not put on game after game, it could take additional fixtures if required, particularly in the knock out phase of the competition.

Wembley is already hosting England’s three Group D matches, a round of 16 game, two semi-finals and the final, so consolidating more matches in the knock-out phase could be attractive to UEFA, if the coronavirus situation worsens in other parts of Europe, since it would restrict travel.

UEFA is set to confirm plans for this summer’s tournament by April 7 and has asked host cities to confirm their willingness to stage games and indicate how many fans will be allowed in to matches. 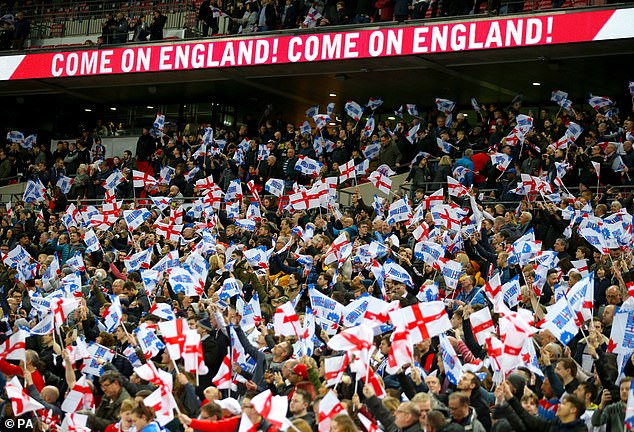 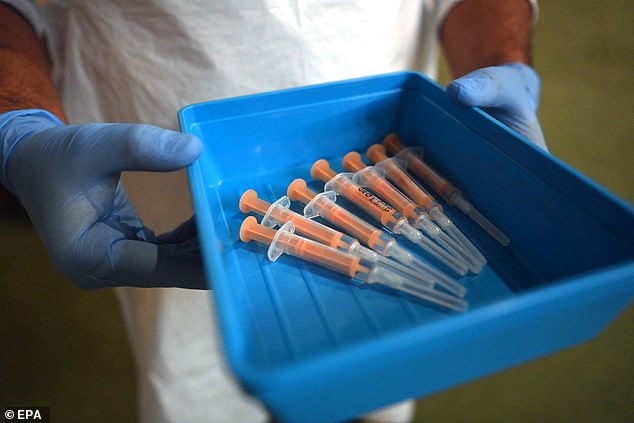 This graph shows how the UK has outpaced the EU, including wealthy Germany and France, in administering the vaccines that will open the door out of lockdown. Figures from February 24

In the event that host cities drop out, other countries still bid for spare games, with Copenhagen a likely candidate since it is also hoping to admit a high number of supporters.

The uncertainty continues to hit supporters, who hope to watch the games and speculation over the entire relocation of the tournament, triggered by Johnson’s comments, has annoyed the European fans’ group.

‘It is not a game,’ said Ronan Evain, Executive Director, Football Supporters’ Europe.

‘There are a lot of people all over Europe waiting to know what will happen with their tickets. They have planes booked, hotels booked.

‘To play with the possibility that the competition could be relocated when this will not happen is disrespectful to European fans.

‘Creating the perception that the tournament could be taken away now and moved to England is unhelpful.

‘The vaccination campaign is a real success in England. But if England was to get more games it would be more for its recognised capacity to host international matches.’ 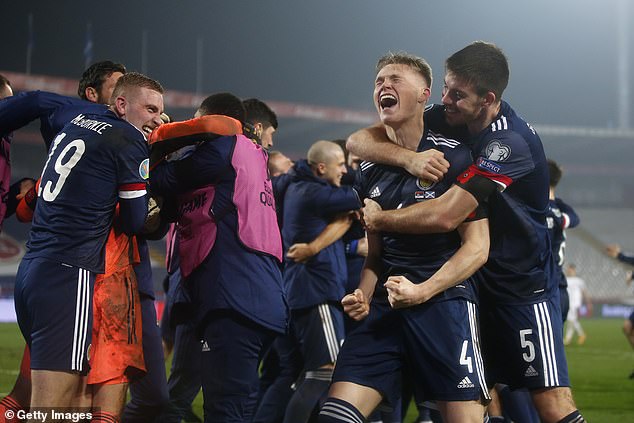 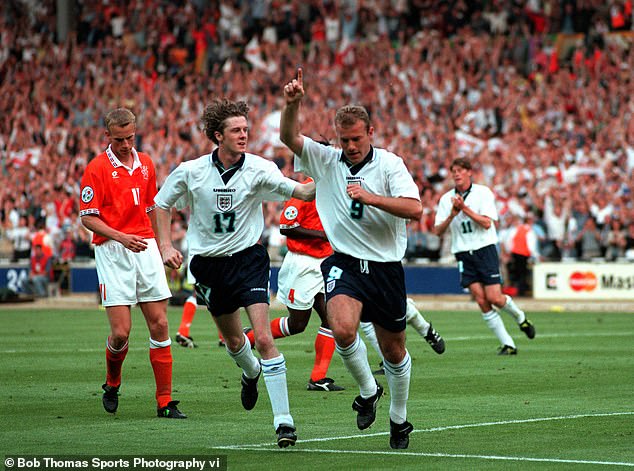 The prospect of 90,000 fans at Wembley has triggered happy memories of Euro 96 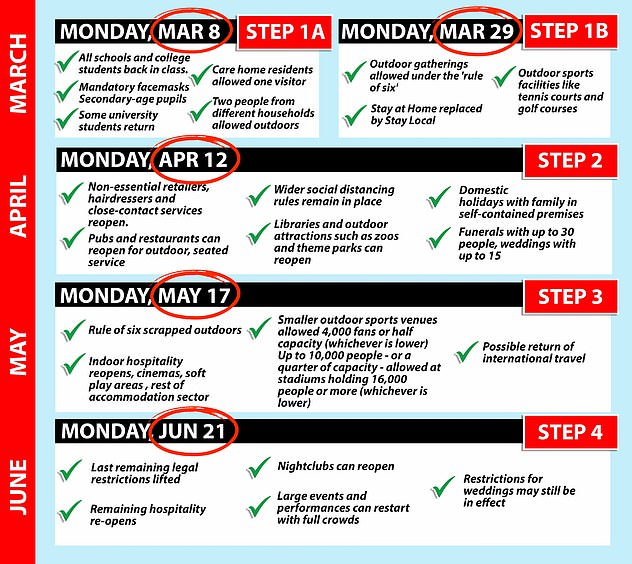 The roadmap out of lockdown: Boris Johnson’s plans would allow for all restrictions to be lifted by June and significant freedoms to return before then