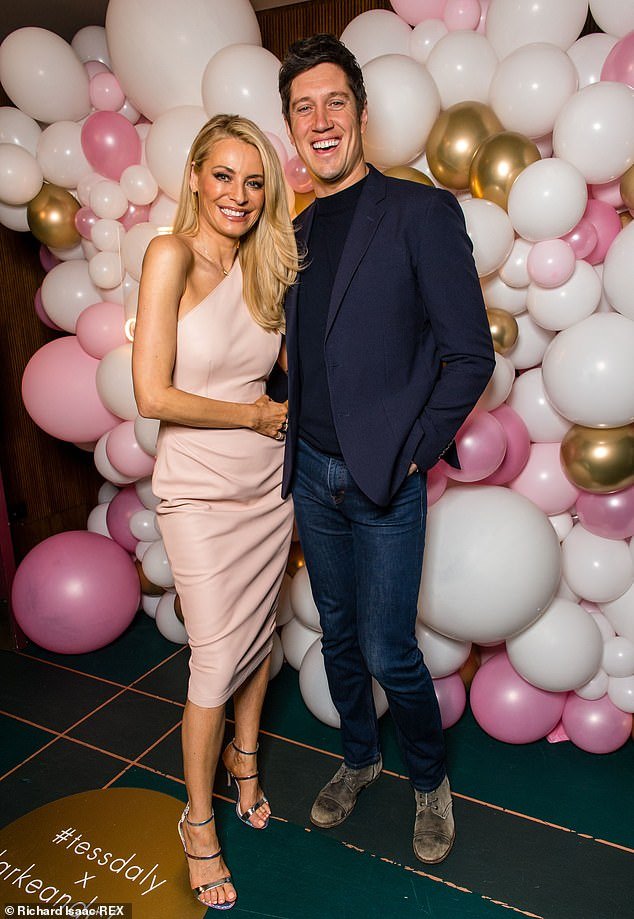 Tess Daly has admitted how husband Vernon Kay’s stint on I’m A Celebrity… Get Me Out Of Here! last year reminded her how much she ‘really needs’ her husband.

Speaking to Woman’s Health UK, Tess, 51, reflected on the challenges she faced while Vernon, 46, was away in Wales, locked up in a castle for the show.

‘The printer, the dishwasher, the dryer [all broke] – basically everything you need when solo parenting,’ she told the publication. ‘I was like, ‘Okay, Vern, I really do need you around the house!’

‘We’re soulmates, me and Vernon!’ Tess Daly has admitted how husband Vernon Kay’s stint on I’m A Celebrity… Get Me Out Of Here! last year reminded her how much she ‘really needs’ her husband [pictured March 2020]

‘We’re soulmates, me and Vernon. It’s been a ride. And I love him more than ever.’

Speaking on The Midpoint podcast about Vernon’s I’m A Celeb appearance recently, Tess told host Gabby Logan: ‘I would say to Phoebe, ‘Your dad, doesn’t he look handsome there?’ I did totally fancy him in there but not when he had that bandana.’

She continued: ‘He’s the calm one in our house, I’m the one who sort of vibrates at a much higher frequency and runs around like a blue bottle in a jar. 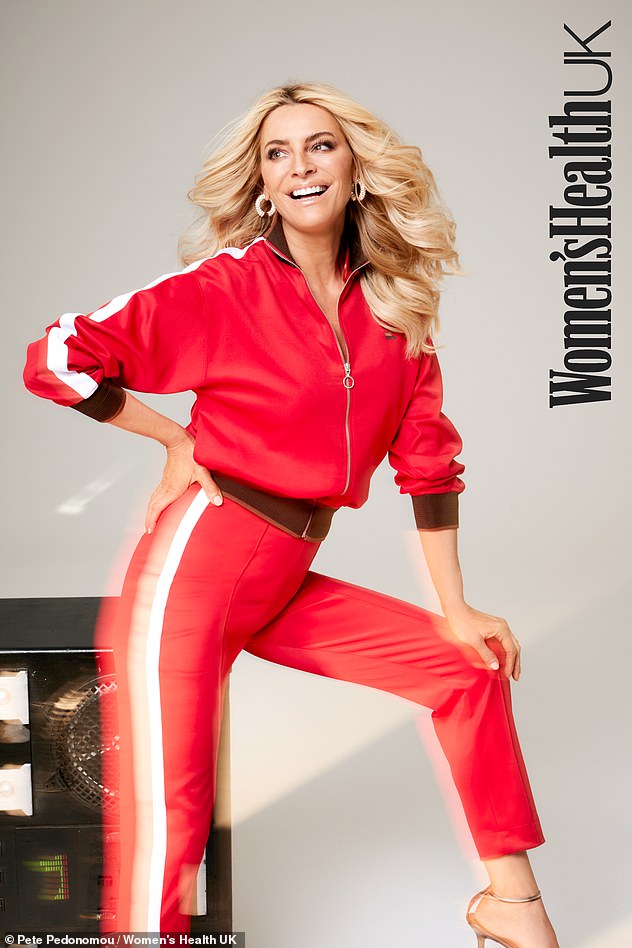 ‘It’s been a ride!’ Speaking to Woman’s Health UK , Tess, 51, reflected on the challenges she faced while Vernon, 46, was away in Wales, locked up in a castle for the show 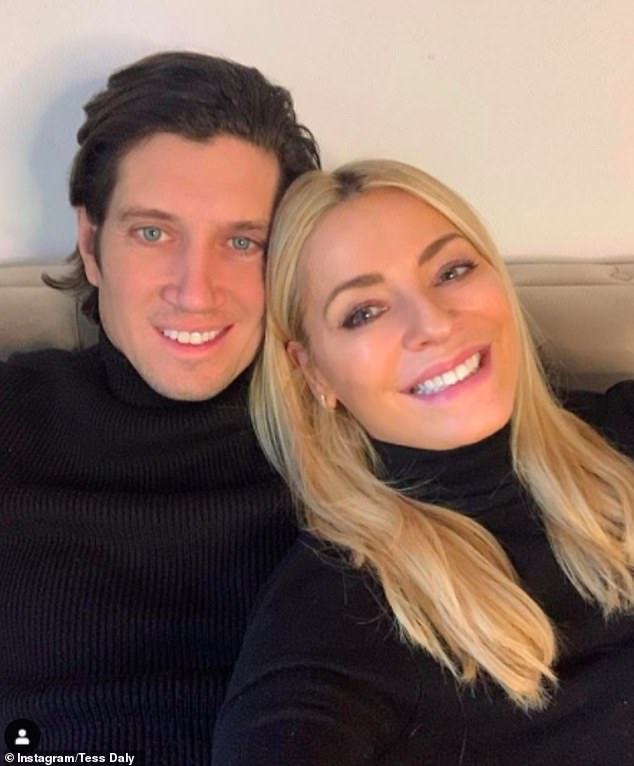 Supportive: Strictly Come Dancing host Tess, 51, admitted she enjoyed seeing her husband display his ‘lovely characteristics’ while in camp, something that she had previously taken for granted while living with him

‘So he’s the calm one and it was lovely seeing those qualities sort of reaffirm and just enjoying him sharing that sort of compassionate side that he has with everybody and watching that.

‘It was lovely actually, it made me appreciate all this.’

Tess and Vernon have been married for just over 17 years, with the couple tying the knot in a ceremony held at St Mary’s Catholic Church in Horwich, Greater Manchester. Fan favourite: Vernon, 46, came in third place on the most recent series of the ITV reality show, which was filmed in the UK for the first time last year due to the COVID-19 pandemic 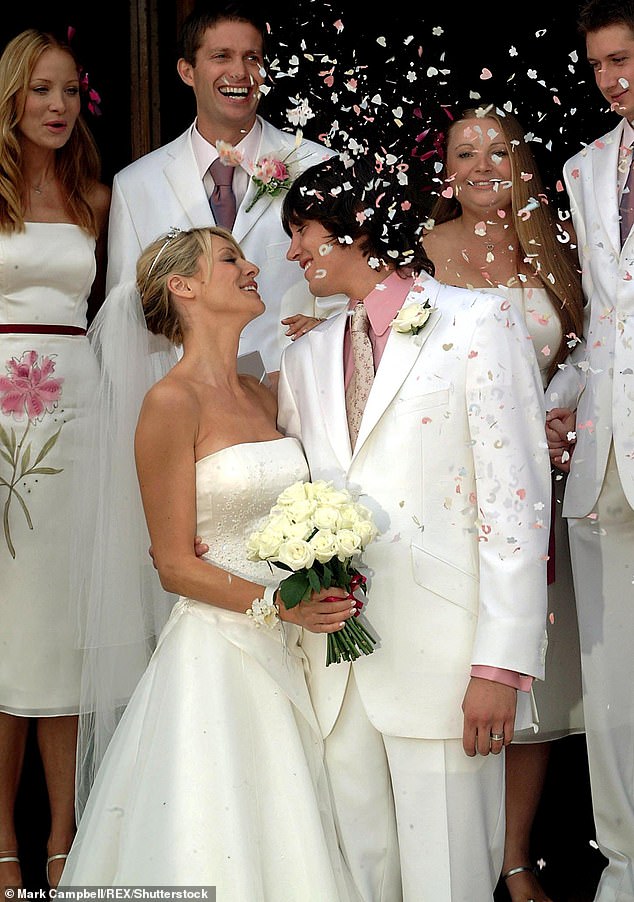 Husband and wife: Tess and Vernon have been married for just over 17 years

Tess told Women’s Health that she wants to instill a work ethic in the daughters she shares with Vernon.

‘I’ve made a point throughout my girls’ lives of reading them bedtime stories about strong, innovating women, whether it’s Oprah Winfrey or Frida Kahlo,’ she said. ‘It’s quite a feminist house, really… 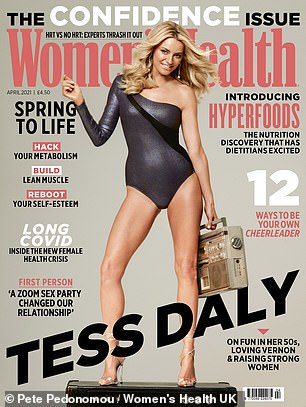 Read all about it: The full Tess Daly interview is in the April issue of Women’s Health UK

‘We’ve instilled a work ethic and they take nothing for granted, but I teach them that women can do anything, because they can.’

Tess fronted Strictly Come Dancing’s most challenging series to date last year, as the show adapted to the social-distancing rules of the COVID-19 pandemic.

Yet she claims to have ‘loved it more than ever!’

She says: ‘Of course, it was frustrating that you couldn’t hug people. If someone’s in tears or they’re leaving the show, it’s hard not being able to physically reach out.

‘But Strictly is such a celebratory, feel-good show, full of warmth and sparkle and joy, I felt lucky to be a part of something that people were appreciating on a whole other level because they were stuck at home.’

• Read the full Tess Daly interview in the April issue of Women’s Health UK, on sale from 3 March