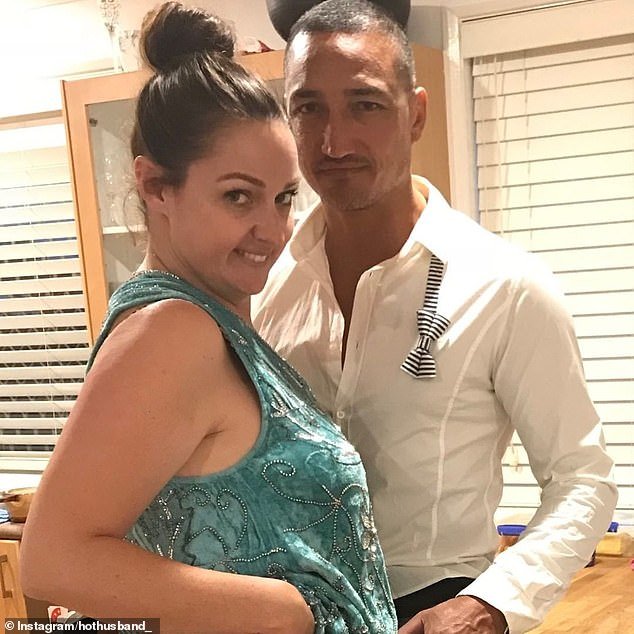 Celeste Barber has more than 7.7 million followers on Instagram thanks to her witty parodies of models and influencers.

And the comedian, 38, joked on Monday that she was angry with her husband, Api Robin, for building his own fanbase after making occasional cameos in her videos.

Celeste was asked on The Morning Show if it made her ‘furious’ that Api – known as the ‘hot husband’ – had 277,000 followers of his own.

Less than impressed: On Monday, Celeste Barber joked she’s ‘furious’ that her ‘hot husband’ Api Robin has built up an impressive following of his own, thanks to his various cheeky cameos in some of her videos

‘Yes!’ she joked. ‘Because he’s only got a following because of me, and because he’s hot. Yes I’m furious, but it’s fine!’

Since appearing in a number of Celeste’s skits, Api – whose Instagram handle is ‘hothusband_’ – has accumulated more than quarter of a million followers.

His tongue-in-cheek bio states: ‘This account may or may not be run by my wife.’ 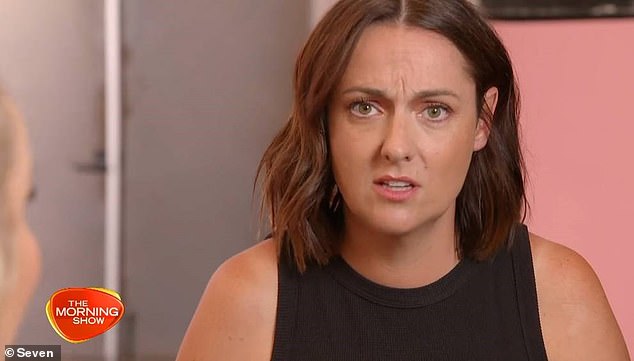 Fuming: ‘Because he’s only got a following because of me, and because he’s hot. Yes I’m furious, but it’s fine!’ Celeste joked 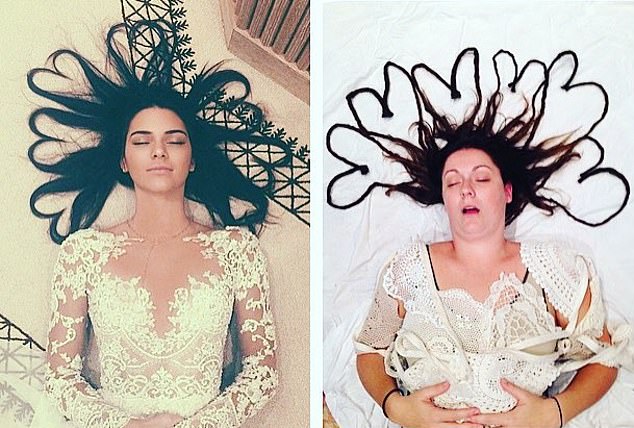 Hilarious: Celeste became an international success thanks to her hilarious Instagram posts which poke fun at some of the world’s most famous celebrities (Celeste is seen copying Kendall Jenner’s pose)

While on the show, Celeste also spoke about her viral fame.

‘I like to think I’m an overnight success about 20 years in the making,’ she said. ‘I knew what I was doing was funny, but I didn’t know it would blow up like it has.’

Celeste and Api have actually been together for more than 14 years. 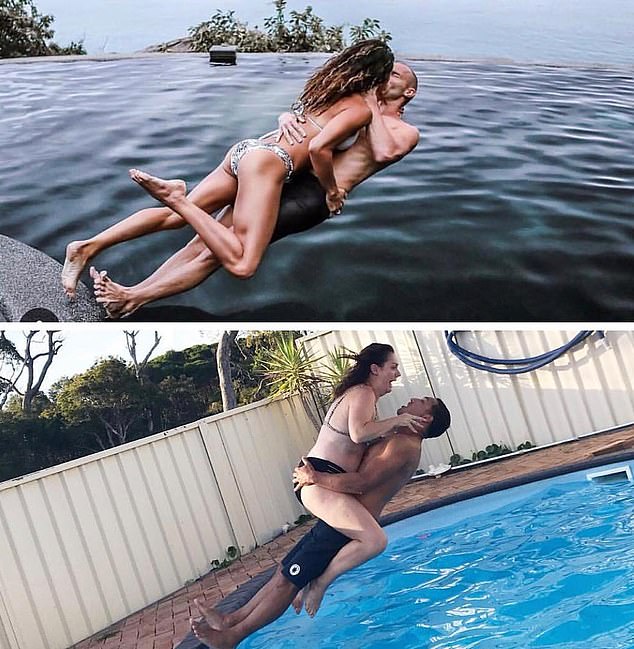 Just for laughs!  Quite often, Api is dragged in on the action, with hilarious results (bottom)

She playfully calls him her ‘Māori Adonis’ and recently admitted in a blog post she married a man who is ‘universally hotter’ than her.

‘It’s harder to live with than I originally thought,’ the funnywoman joked.

‘Now, don’t get me wrong, I’m no dropped pie, but there isn’t a “hot wifey” hashtag hanging around my neck,’ she added.

They share two sons, and Celeste is also a stepmother to her husband’s children from a previous relationship. 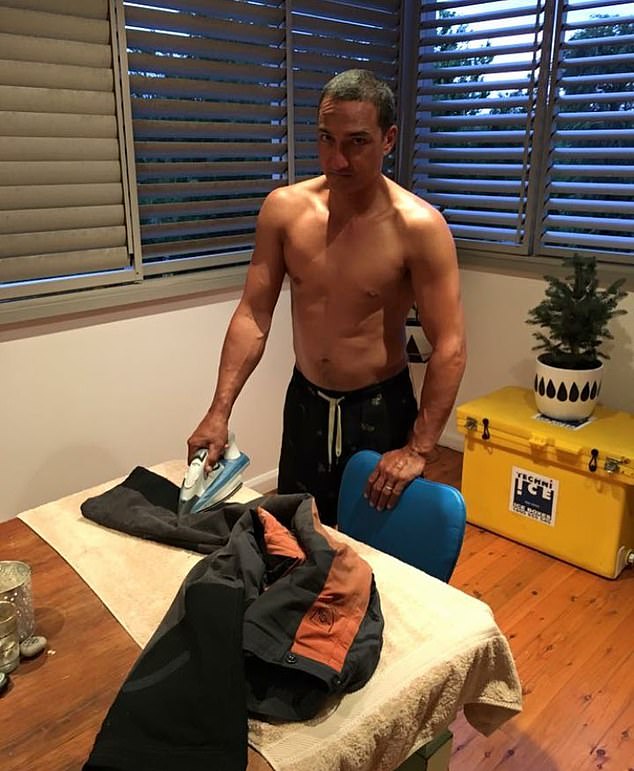 She’s his biggest fan! ‘I’m married to a man who is universally hotter than me and it’s harder to live with than I originally thought,’ Celeste wrote of Api in her blog post recently