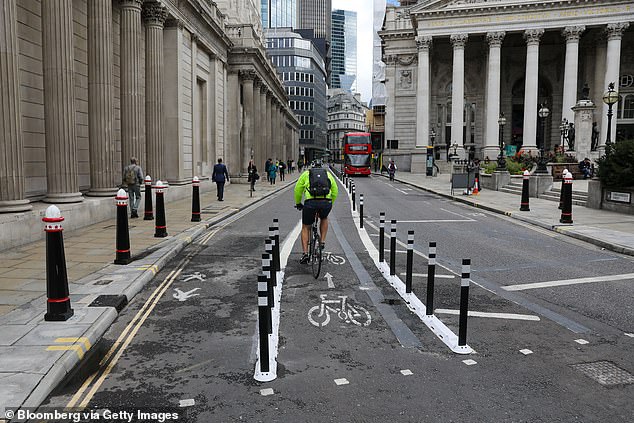 By Tom Payne Transport Correspondent For The Daily Mail

Cycle lanes brought in during the pandemic are blocking emergency vehicles and causing chaos for motorists, the Transport Secretary admitted yesterday.

Although he insisted cycle lanes have been ‘used brilliantly’ in many places, Grant Shapps criticised councils causing gridlock with badly designed schemes.

He blamed London Mayor Sadiq Khan for some of the worst cycle lanes and accused him of failing to consult emergency services.

The Department for Transport has promised to spend £2billion on cycle lanes in the next five years.

Of that, £250million has been released to councils in England for traffic calming schemes, including pop-up cycle lanes and ‘low traffic’ neighbourhoods. But critics say the measures have blocked emergency response vehicles and brought gridlock to towns and cities across the country.

In an interview on LBC yesterday, Mr Shapps said: ‘You can do a lot of good things by enabling people to walk and cycle, it’s good for all of us.

‘In some places it was used brilliantly, in other places, I’m afraid, it was very poorly used. I was not impressed with some of these schemes in London.’

He added that he is ‘particularly critical’ of road schemes which have restricted access for emergency vehicles.

‘It is the case that you have to consult with emergency services before coming to these decisions,’ he said. He added that London’s mayor ‘should know this’. Critics, including 14 Tory MPs, have been pressuring Mr Shapps to abandon the active travel policy. 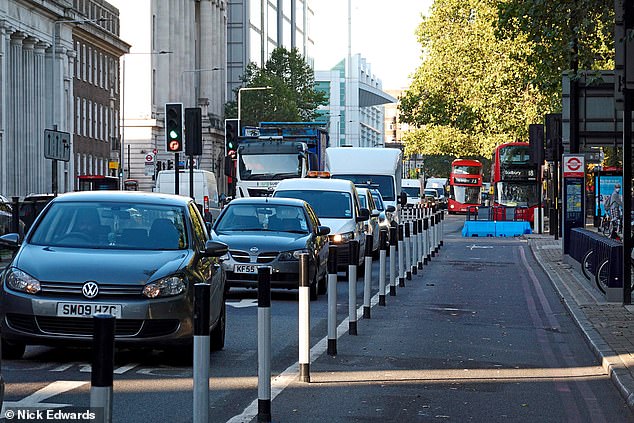 Although he insisted cycle lanes have been ‘used brilliantly’ in many places, Grant Shapps criticised councils causing gridlock with badly designed schemes

But earlier this month he announced a further £175million for new road schemes – quadruple the £42million given to councils since July.

He cited survey evidence suggesting eight out of ten people support measures to reduce traffic in their area, and two thirds of people back reallocating road space for walking and cycling.

In an attempt to appease critics, Mr Shapps promised tough conditions that would force councils to consult residents and local businesses before making changes. Local authorities who fail to do so face having funding withdrawn and they may even have to pay the money back, he said.

Alliance of British Drivers founder Hugh Bladon said: ‘Grant Shapps claims he is not anti-driver but these schemes are, by their very nature, anti-driver. He can’t have it both ways.’