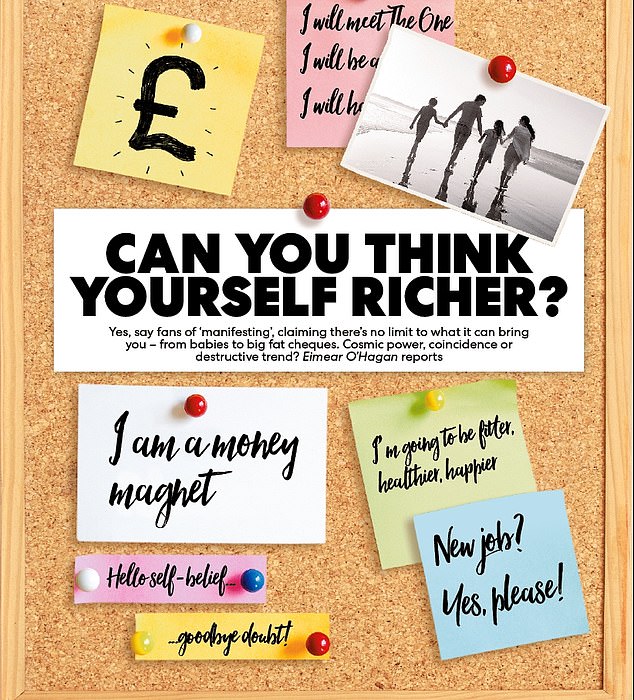 Yes, say fans of ‘manifesting’, claiming  there’s no limit to what it can bring you – from babies to big fat cheques. Cosmic power, coincidence or destructive trend? Eimear O’Hagan reports

Striding along the beach on a crisp autumnal morning, inhaling the sea air, Molly Murray doesn’t take simple pleasures like this for granted. In April last year she was bedbound, coming to terms with a damning diagnosis of a chronic and incurable pain condition. 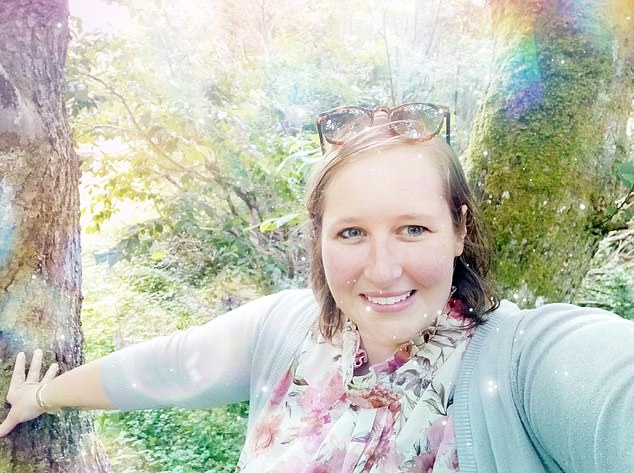 Manifesting has given molly a pain-free body

Fast-forward 18 months and Molly, 33, is pain-free, able to lead a normal life and parent her four-year-old son Jack. No medical cure was found; instead Molly, a writer from Ayrshire, Scotland, insists she healed herself through the power of manifestation. ‘I visualised myself healthy and pain-free, playing on a beach with my son,’ she says. ‘I thought about how strong and well I’d feel, and the happiness I’d be filled with in that moment. Within a year, that vision was my reality.’

Claims such as Molly’s will, understandably, raise eyebrows, particularly among medical professionals. However, she is far from unique in fervently believing in the power of manifesting.

So what actually is it? Put simply, manifestation is the materialisation of a thought or belief into physical form. It’s based on the idea that we can create opportunities using the power of our minds. From wealth and health, to tangible items and achievements, devotees believe anything is possible – ask and the Universe will deliver.

Also known as the law of attraction, cosmic ordering and creative visualisation, it’s a concept that pops up in major world religions and new age ideologies. However, it entered the mainstream after the 2006 release of the bestselling book The Secret. This summer a film based on the book, The Secret: Dare To Dream, starring Katie Holmes, was released, further fuelling the popularity of this philosophy, which boasts countless celebrity fans including Oprah Winfrey and Kim Kardashian.

It also has social media to thank for a recent boom in interest, with the word ‘manifesting’ (and all things related to it) amassing millions of tags on Instagram. Meanwhile, in August, Google reported a 400 per cent increase in searches for the term, compared to pre-coronavirus.

It was thanks to social media that Molly was introduced to it in 2018. ‘A friend posted on Facebook about something she’d manifested. I’d never heard of it and was intrigued,’ Molly explains. ‘At the time, I’d been suffering from undiagnosed pain for a decade and dismissed by countless doctors.

‘My first attempt at manifestation led me to a specialist surgeon. I visualised someone who could finally give me some answers, and came across his name in a Facebook group. He gave me a double diagnosis: endometriosis, which he treated with surgery, and a rare pain condition that he could do nothing for, other than prescribe pain medication, which wasn’t effective.

‘Discovering manifestation had given me hope. I realised it was time to take control, instead of relying on experts who couldn’t heal me. I took a free, online manifesting course to learn more and have never looked back.’

Molly concedes that alongside visualising her body healing, she had physiotherapy, changed her diet and took essential oils, but is adamant that this ‘aligned action’, as it’s known in manifesting circles, took effect alongside the power of the Universe.

‘It was a gradual process but by December last year I was pain-free. Finding myself playing with Jack on our local beach, just as I’d pictured in my mind, was a moment I’ll never forget.

‘My health is the biggest thing I’ve manifested but it’s also part of my day-to-day life now. I’m a keen amateur photographer and recently, after visualising a beautiful album to keep all my photographs of Jack in, a company that produce albums contacted me via Instagram and asked if I wanted to work with them. I also manifested our pet pug and it was no coincidence I spotted an ad on Gumtree for a litter shortly after journaling [writing an account of it in a notebook] about this.

‘At first, my husband was sceptical but having seen the success I’ve had, he’s now a believer and I’m teaching my son about manifesting, too. As a parent I think it’s a valuable skill to pass on. It will give him confidence and a belief he can work through difficult times, not just give in to them.’

Julia Fearon also believes in the life-changing power of manifesting. Without it, she says, her seven-year-old son Will wouldn’t be here today. ‘I manifested my child after seven years of unexplained infertility,’ Julia says. ‘There is, I believe, no other explanation for me finally conceiving him.’

Not entitled to IVF on the NHS because her husband Bobby, 53, has a child from a previous relationship, Julia, 37, had all but given up hope of ever becoming a mother when a friend suggested she see a reflexologist.

‘As she massaged my feet, the reflexologist spoke to me about the power of positivity and the law of attraction. After so long trying but failing to get pregnant, I went home and set my first intention – visualising a positive pregnancy test and the feeling of sheer happiness I’d experience when I saw it.’ 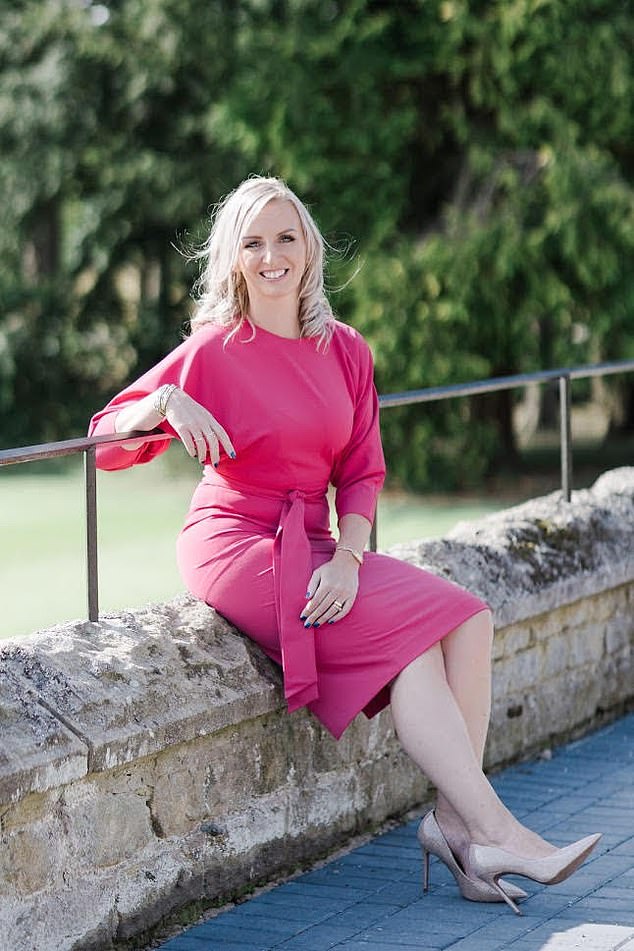 A few weeks later, for the first time in her life, Julia saw two lines on a pregnancy test and in May 2013 her son was born. ‘After such a powerful first experience, I was hooked.’

Julia, a business coach, follows a specific process when she manifests. ‘I start with a meditation, connecting with my intuition to work out what’s going to stop me from achieving my goal. Then I’ll journal, putting down all my emotions and thoughts on paper.

‘After using an ancient Hawaiian technique known as ho’oponopono, which involves chanting, I’ll take that piece of paper outside and burn it. I can then give myself new empowering thoughts and beliefs, and set my intention, using a vision board, on to which I stick pictures.’

As well as her son, Julia says she’s also manifested their family home and lump sums of money. ‘I’d seen the show home and fallen in love with it, but it was too expensive and we were struggling to sell our house. I set my intention that one day I would live in a house just like it. Some months later, discussions with the developers led to them doing a part exchange and reducing the sale price enough for us to afford it.

‘When friends teased me about my belief in manifesting, I resolved to prove them wrong. I printed off a pdf of a cheque, signed by the Universe – it’s a well-known manifestation tool called the ‘magic cheque’ – and made it out to myself for £5,000 before putting it in a drawer, taking it out and imagining receiving it daily. Two months later my husband, who knew nothing about the cheque, came into some money and gave me a gift of £5,000. He was stunned, as were my friends, some of whom now also manifest.’

Isn’t it possible that all these things would have happened anyway? Julia disagrees. ‘My life since I began manifesting is markedly happier and much more fulfilled. That’s the proof for me that this works. I have my son, my dream home, I left my former career as an accountant in which I was unhappy and now run my own business, something I also manifested. All it has brought is good into my life.’

However, psychotherapist Gin Lalli believes that there is, in fact, potential for emotional harm to spring from manifesting. ‘There’s nothing wrong with positive thinking but you cannot “think” your life better. I worry this trend could attract vulnerable people who will see it as a magic wand to be waved over their problems,’ she explains.

‘And if your goal or desire doesn’t become a reality, then what? Those feelings of failure can be very destructive, especially when social media is awash with successful manifesting stories.’

Gin says she’s not surprised manifesting is experiencing a surge of popularity in the current climate. ‘People are craving control and happier times.’ And 35-year-old author and former model Gina Swire can vouch for that. Every time she turns the key in the door of her two-bedroom home in Manchester, she feels a sense of gratitude for discovering manifestation a decade ago. She still has the vision board she created six months before buying her property in 2015, which looks identical to her home, right down to the cottage style, cobbled street outside, and the garden with a front gate. ‘I’d tried to buy a home in London, which looked nothing like the one on my vision board, but the sale fell through and I went home to Manchester to visit family, feeling low. While I was there I went to see a friend and realised her house looked just like the one I’d visualised, so I found an identical house nearby and bought it,’ she explains.

From holidays and flight upgrades to a modelling contract with a New York agency, which saw Gina live in the city for several years, she credits manifestation with countless incredible life experiences, but says one of the best things it has brought to her is a greater sense of self-confidence. ‘I used to have low self-esteem. I hated my curves and always wanted to be thinner. I’d often stand in front of the mirror and berate myself for not being good enough.

‘Over the years I’ve manifested more belief in myself, greater confidence and the ability to feel happy in my skin. Of everything it has brought to me, that’s been the most life-changing.’

Meanwhile, Victoria Jackson has made a career out of her love of manifesting. Not only does she coach the practice, but she runs an online community called The Manifestation Collective.

‘The thoughts you put out there influence what’s attracted back to you,’ she says. ‘When our personal energy vibrates at a higher frequency, that’s what brings the good into our life. It’s not a cult – if you don’t feel good about what you’re doing, and how you’re doing it, it won’t work.’ 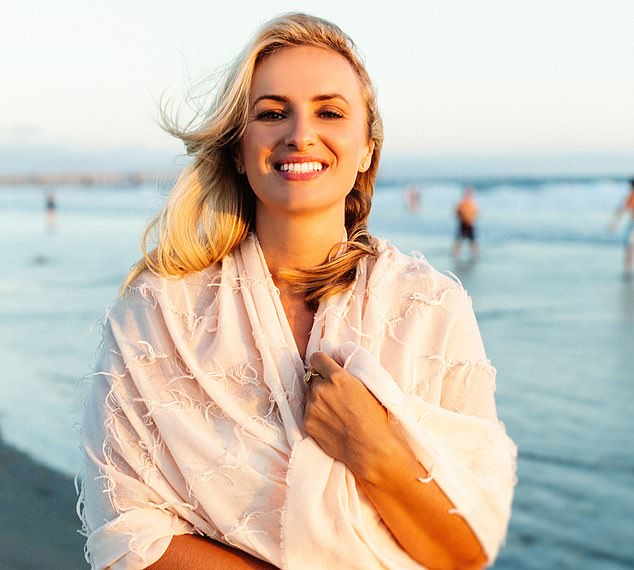 Victoria, who also runs an interior design business, became a manifesting convert in 2014 after reading The Secret. Over the past six years she says she has manifested everything from a £5,500 PPI payout, a new career as an interior designer after she visualised a route out of her former job in publishing – which came in the form of redundancy – and a collaboration with the high-street chain Anthropologie, using skills she now teaches to coaching clients.

‘Typically they’re female, in their late 20s and 30s, and seeking change in their life – be that a new job, a partner, more self-confidence… Since the pandemic hit, I’m busier than ever. I understand this isn’t for everyone, but it has no negative connotations. Manifesters are simply putting good out into the world to receive it back. Where’s the harm in that?’

Manifest to the max

…with these tips from Royce Christyn, author of Scripting The Life You Want – Manifest Your Dreams With Just Pen and Paper

1. Manifest first thing in the morning when your mind is clear and you’re not distracted by other people and social media. Find a comfortable place and think about what you want from the day and your life.

2. Script your life: writing down your goals, using positive language, is a powerful tool.

3. Create a vision board – it can take any form you like from a traditional collage to an Instagram feed, or a file on your phone. Choose what works for you and your lifestyle.

4. Feel the emotion you want to have when you’ve manifested your desire. Feel the happiness, the love, the pride in yourself, as you think about your goal.