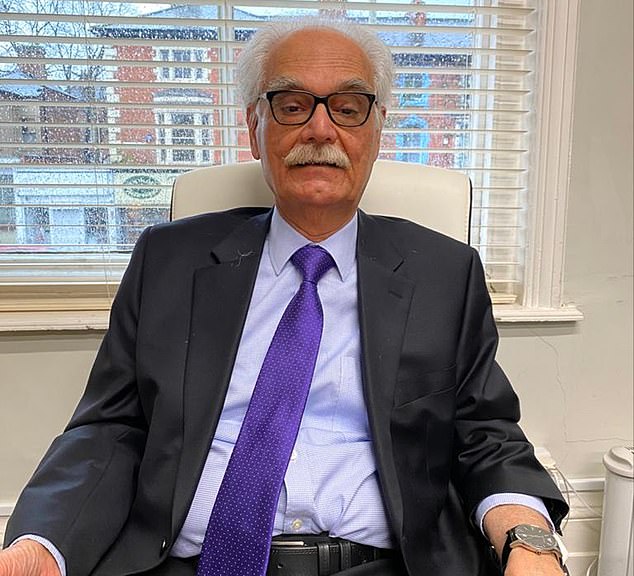 For anyone who’s paid attention to Britain’s South Asian community and its response to the Covid crisis, Thursday’s dramatic announcement of new restrictions in northern England will have come as no surprise.

The areas affected, including Blackburn, Oldham, Bradford and Manchester, have large populations with roots in the Indian subcontinent. And while West Yorkshire Tory MP Craig Whittaker was accused of racism for claiming there are ‘sections of our community that are just not taking the pandemic seriously’, I’m afraid that he had a point, however clumsily he made it.

I have experience as a community leader in Leicester, where the Covid restrictions were widely ignored by the city’s minority ethnic population – and where the Government ordered the first local lockdown after the rate of infection soared last month.

I warned in these pages that other parts of the country were at serious risk if we failed to learn from the mistakes made in Leicester. It gives me no satisfaction now to say that what happened is what I feared.

Manzoor Moghal (above) is a community leader in Leicester, where he says Covid restrictions were ignored by the minority ethnic population

The fact is that many in the community simply do not comprehend – or do not want to – just how dangerous this virus is. And this is especially worrying when one considers the serious risks faced by people with Indian, Pakistani or Bangladeshi heritage.

One survey showed that South Asians with the virus are 20 per cent more likely to die in hospital than indigenous people. Another claimed that ethnic minorities are four times more likely to test positive than white people.

Then there is diabetes, another known risk factor and a disease that impacts people in my community more than it does the indigenous population.

Despite all these dangers, I have found a frustrating dismissiveness within the South Asian population when it comes to following the rules and regulations.

What could explain this dangerously blasé attitude?

Despite what some suggest, it has nothing to do with the idea that members of the community do not speak English.

In fact, there is virtually no one who does not speak the language, while the handful who truly cannot understand are much older and live surrounded by children and grandchildren who were educated here.

I believe, instead, that much of the community’s refusal to take the virus seriously stems from a misguided sense of faith in their own security. People do not take steps to protect themselves – they fail to wear masks or follow social distancing – because they cannot see the point.

A friend of mine had an urgent appointment for a blood test on Friday at his doctor’s surgery in Leicester. As a shielded person, he was shocked to see a number of South Asian women from different households hugging each other in a park.

This sums up the depressing lack of civic awareness I have seen and it is why I have no doubt that – but for the latest Government intervention – many families would have ignored the dangers and mixed with multiple households and generations to celebrate Eid.

Another factor is that many in the South Asian community view death in a fatalistic fashion, believing there is nothing we can do to prevent it when our time is up. This leads to a dangerously laissez- faire view of Covid-19 and other health hazards.

If something is written in the stars, then why try to fight it? 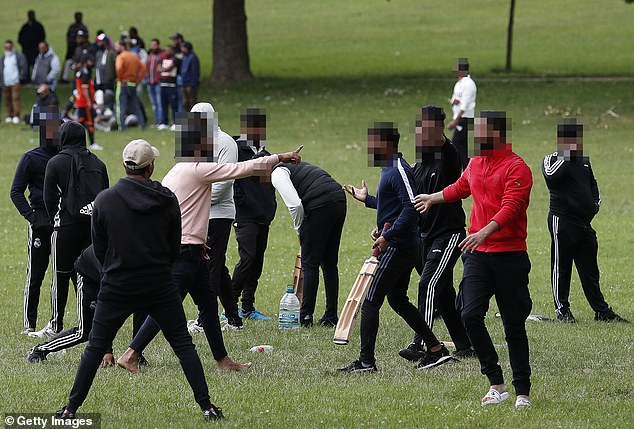 Many in the community simply do not comprehend – or do not want to – just how dangerous this virus is. Pictured, men play cricked in Spinney Hill Park, Leicester, on June 28

I have lost count of the times since March when I have spoken to people about Covid-19, only for them to simply shrug off the risks and say there is nothing to be done.

There is also ignorance at play here. I have heard many claim that it is safe for them to meet loved ones because they are showing no signs of illness. Yet it is a well-established fact that people who are wholly asymptomatic can still be contagious.

This is all the more troubling when you bear in mind that economic hardship means that many South Asians are likely to be working in close proximity to one another.

In Greater Manchester and Bradford, factories and warehouses are often filled with South Asian workers. Even shopping is more risky than for the rest of the population as Asian food markets are small and crowded, with no space for safety measures – a potential Petri dish for spreading the virus.

So what should be done?

One of the things that helped significantly in Leicester was the arrival of soldiers to man the testing clinics. The presence of the Armed Forces was an important signal to the community about the gravity of what is taking place. There was a renewed sense of compliance.

Westminster diktats can feel far removed when you live hundreds of miles away, but the presence of soldiers is real and tangible and they should be introduced to the parts of northern England now in partial lockdown.

In the same vein, I believe that the police need to play a larger role in enforcing restrictions. Too many people think there are no consequences for their misbehaviour. If the police take no action, what is the deterrent?

And I want to see local taskforces made up of people from the local authority and volunteers. They should tour neighbourhoods in vehicles to tell people who are disobeying rules that they need to change their behaviour. That their actions have consequences. That other people are at risk.

Of course there are some in the community who show great responsibility, but a significant number do not. They pose a threat not just to their neighbours but to the rest of the country.

As we approach the autumn and the colder weather starts creeping in, I am increasingly concerned. If people in the community do not start complying soon, the repercussions will be truly serious.