By Daniel Davis For Mailonline

A coronavirus testing centre in Watford has been forced to shut down after a group of travellers set up a camp in the car park.

A number of vehicles were seen arriving on Wednesday night at Watford Leisure Centre, the site of the testing facility. Tests had been carried out there on Thursdays and Sundays.

The organisers of the Hertfordshire-based centre have now set up a temporary base in Apsley, a village seven miles away. 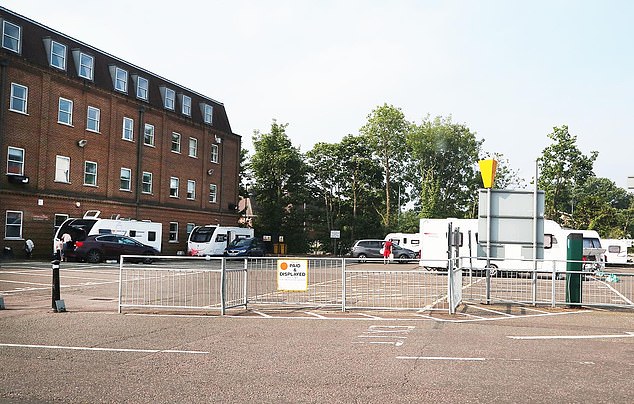 Peter Taylor, Mayor of Watford, said: ‘We are aware of an illegal encampment near Watford Central Leisure Centre.

‘We are working with the police and have initiated legal proceedings to clear this site as soon as possible. We do not tolerate illegal encampments in our town.’

Police said that a series of reports began to flood in concerning the encampment around 9pm on Wednesday night.

A spokesman for Hertfordshire Constabulary said: ‘A number of caravans moved on to a car park in Hempstead Road on Wednesday, June 10.

‘The landowner, Watford Borough Council, is aware and liaising with local officers, who are monitoring the situation.’

Herts Valleys Clinical Commissioning Group added: ‘On Wednesday evening, a group of travellers arrived on the site that was designated for the mobile testing unit for on Thursday.

‘This means that we have had to change arrangements and for today and Sunday, testing will be carried out on the Apsley site in Hemel Hempstead. The public are being informed and being redirected. The landowner is aware.’

The travellers have set up camp next to Watford Town Hall, home to Watford Borough Council – and witnesses have also reported that the camp is causing problems for nearby workers. 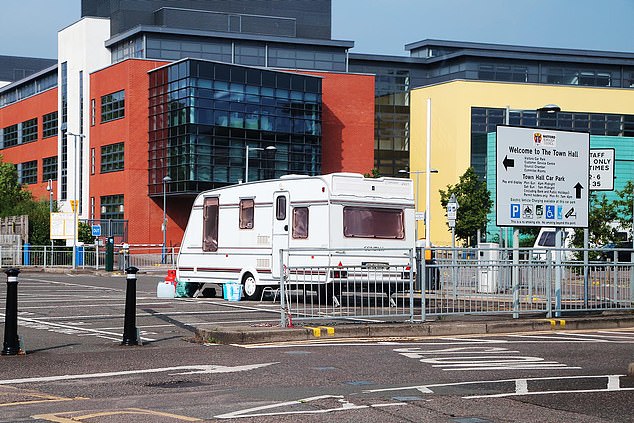 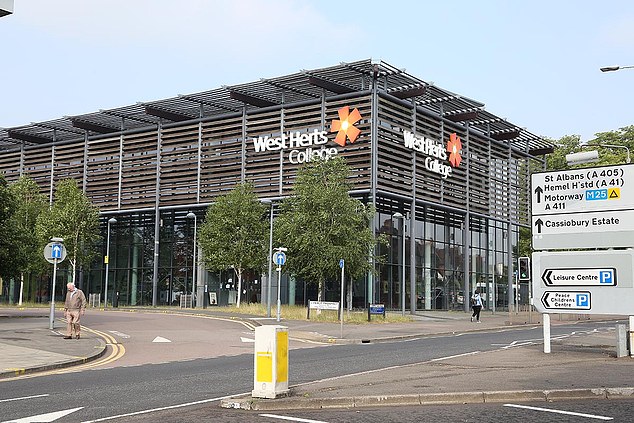 One resident asked the police on Twitter: ‘Could you explain the reason why the car park for Watford Leisure Centre has turned into a caravan park? Wouldn’t mind usually but they’re not driving safely and seemed to be causing problems for office staff that share parking there.’

Regional centres at Glasgow and Manchester Airports showed only one or two cars at clinical tents, and soldiers were snapped waiting for vehicles to arrive at a base in Weston-super-Mare. 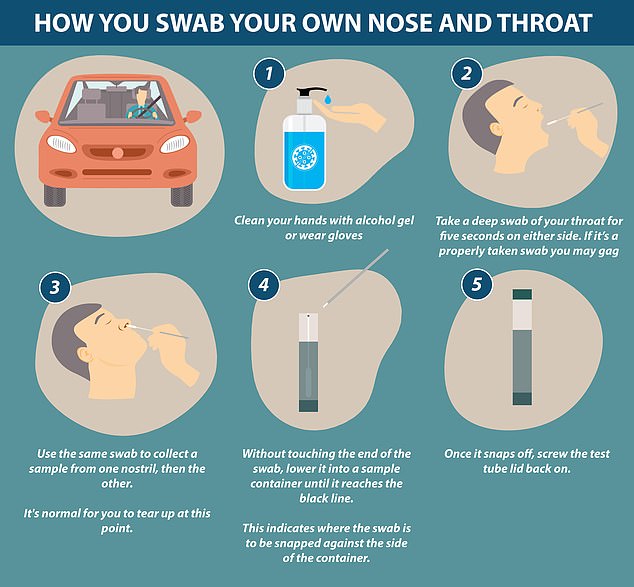 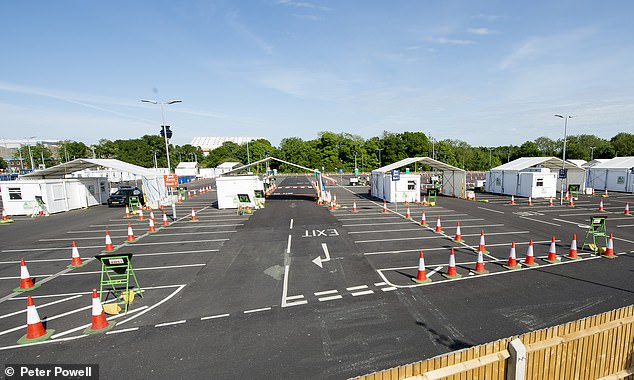 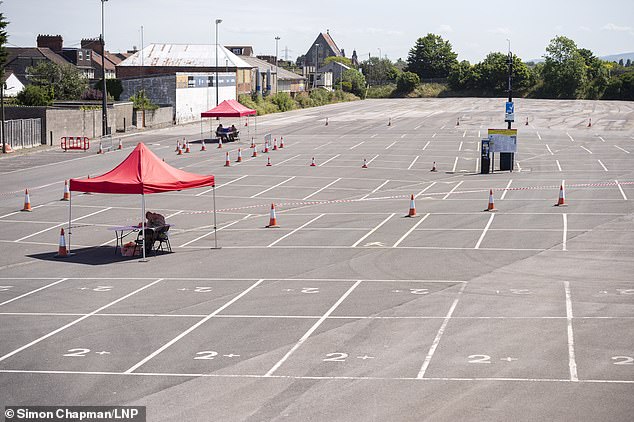 It also emerged that Britons were being told to swab themselves at centres without the option of trained medics carrying out the test for them.

Staff have been seen leaning through car windows and swabbing patients, but one young family told MailOnline that they were not given the choice of professional assistance.

They were instead given three testing kits and a set of instructions when they visited the centre at Twickenham Stadium.

Experts have admitted that relying on self-swabbing can be ‘dangerous’ due to the increased risk of the test producing an inaccurate result. Any sub-par swabbing may produce false negatives.