The latest domestic thriller is Flesh And Blood, and already it’s getting mixed up in my head with Liar, Cheat, Trust Me, Trauma, Gold Digger, etc. Their formats are so similar – whom should we trust? – that I’m beginning to wonder if they are made in a factory somewhere. In this instance, ITV’s order might have read: ‘Older woman, new man, but is he all that he seems?’ Perhaps the factory, being a reputable factory, and also a helpful factory, pointed out that the BBC had already covered this territory with Gold Digger and said, ‘Why not throw in a neighbour who might not be all she seems?’

This is Flesh And Blood in a nutshell, although fair’s fair, the neighbour, as played by Imelda Staunton, was a masterstroke. If only they’d given her more screen time. 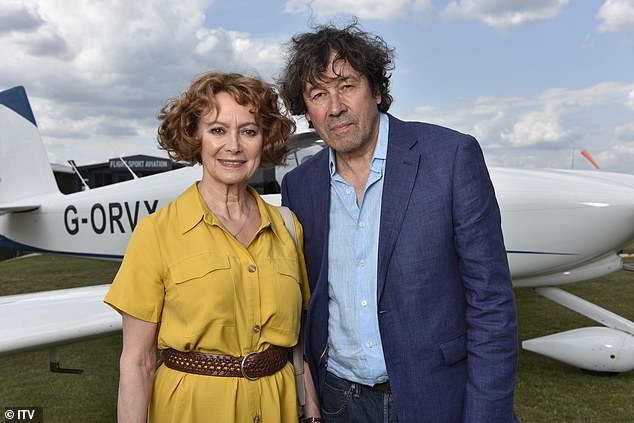 Francesca Annis and Stephen Rea star in Flesh And Blood. I sat through it all, and all the stuff concerning the children, none of whom I could care about. As for the conclusion, it wasn’t what I would call A Proper Conclusion

Clearly influenced by Big Little Lies – I forgot to lob that one in earlier – this opened with a broken balcony, blood stains on the rocks beneath, police sirens, a body being stretchered into an ambulance. What happened? Is someone dead? How did we get here?

I don’t know why stories can’t be told chronologically any more. Perhaps the factory that specialised in that closed down? Certainly, there’d be no call for it now. The narrative then jumped to the beginning and was interwoven with the police interviews conducted later.

On to the major players. So, it’s Francesca Annis as Vivien, who lives in a gorgeous beachside house (Kent, I think) and was widowed 18 months earlier after 50 years of marriage. We love Annis. We adore her. But her performance was strangely stiff, probably because Vivien was such a blank. I’d have certainly sent Vivien back to the factory with a note: ‘Give her some personality, for goodness sake.’ Vivien has three adult children of the kind that, as characters, did not amount to much more than their issues. Helen (Claudie Blakley) drinks too much, works too hard at her big job, bosses her husband around. (Would this be an ‘issue’ if she were a man? Just asking.) Jake (Russell Tovey) had been ejected by his wife for gambling debts and is sleeping with one of his personal training clients for the money. Natalie (Lydia Leonard) is having an affair with her married boss.

I’d have sent Francesca Annis’s character back to the TV factory with a note: ‘Give her some personality.’

And living next door to Vivien, in the less gorgeous house, is Mary (Staunton), who bustles over with cheese straws and considers herself one of the family. Through the police interviews she is the main narrator, but may not be a reliable one. She acts the sweet, innocent old lady, but is she telling the truth?

Vivien’s new man. That’s what kicks it all off. He is Mark (Stephen Rea), a retired surgeon, and everyone is suspicious. Is he after her money? Is he making her ill? Does his daughter in Spain exist? You know the drill. But the most put-out is Mary who, as we learn, has her own tragic backstory and had thought, now Vivien was widowed, that they would hang out and travel together. There is one terrific scene where she takes in a package for Vivien, steams it open to discover it’s a silky kimono sent by Mark, and wears it while having supper on a tray in front of the TV. Staunton was transfixing here, and we understood Mary’s loneliness, and I kept waiting for more of that. But it never came.

If I were an ordinary viewer, after episode one I’d have skipped to the last few minutes of episode four, just to find out what was what. But because I’m ‘a professional’, I sat through it all, and all the stuff concerning the children, none of whom I could care about. As for the conclusion, it wasn’t what I would call A Proper Conclusion. 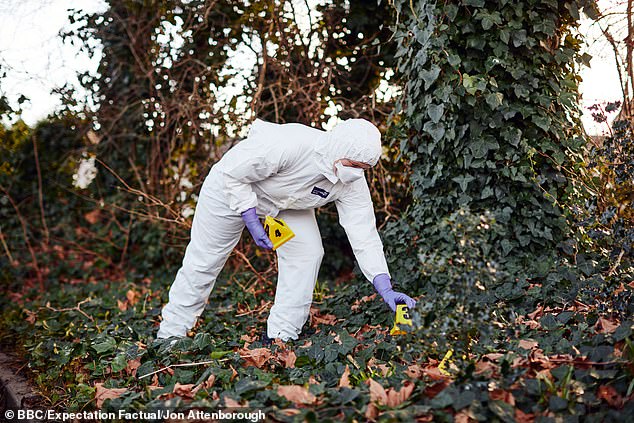 A crime scene investigator in Murder 24/7. Although jazzed up with modern thriller techniques, like split screens, it was unceasingly bleak

Few of the sub-plots were resolved and the final twist indicated there will be a second series, just as there is now a second series of Liar starting this week. Oh God, there is never going to be an end to any of this, is there?

Murder 24/7 was a documentary police procedural following the Essex police as they investigated the murder of 36-year-old Courtney Valentine-Brown, discovered in a blood-soaked flat in Southend last year.

Although jazzed up with modern thriller techniques, like split screens, it was unceasingly bleak, taking us into a world where you might, say, keep a baseball bat wrapped in barbed wire down the side of your sofa.

Also, it was incredibly unsatisfying. Who was Valentine-Brown? What was he doing in that flat? I had to Google all that later. Also, weirdly, Tuesday’s episode switched midway through to the completely new case of Robert Knight, who killed his 79-year-old, terminally ill mother by throwing her off the fire escape at her care home. She was suffering so much, he wept, during the police interview, and he couldn’t bring himself to smother her.

Grim, I know, but there was no crime to solve here. It was just terribly sad, so why was it considered entertainment? Sorry. No idea.