How DID they let it happen? Now regulators come under fire over crisis engulfing star fund manager Neil Woodward

The City watchdog is under fire for failing to spot warning signs of the growing crisis at Neil Woodford’s fund management empire.

Lord Myners, who was City minister during the banking crash, said the Financial Conduct Authority (FCA) was not ‘awake’ when Woodford started ‘clever dealings’ that should have set alarm bells ringing.

The peer compared the regulator to crime scene investigators from TV show Line Of Duty ‘who arrive after the damage has been done and did not anticipate what was happening even though there were clear warning signs that things were going badly’.

His broadside comes after Nicky Morgan, the chairman of the Commons Treasury committee, also said FCA chiefs and the Bank of England would face questions in Parliament about the ‘troubling episode’.

Woodford blocked savers from accessing money they have in his flagship fund on Monday, in a bid to stop investors rushing to the exit.

Hundreds of millions of pounds had flowed out of Woodford Equity Income in a matter of weeks, after poor performance caused many investors to lose faith.

The crisis was partly triggered because the fund had several holdings in private companies – or ‘illiquid’ stocks – which are difficult to trade.

That meant that Woodford struggled to raise enough money to pay back investors who wanted to withdraw their cash – prompting the so-called ‘gating’ of the fund.

Woodford has also been forced to reorganise his holdings in recent months – shifting them between different funds – so that he does not break rules over how many illiquid assets his main fund is allowed to have.

Myners said the FCA should have scrutinised the illiquid investments more closely. He also criticised Linked Financial Solutions, the firm tasked with the running and oversight of the fund, saying it was not independent enough. 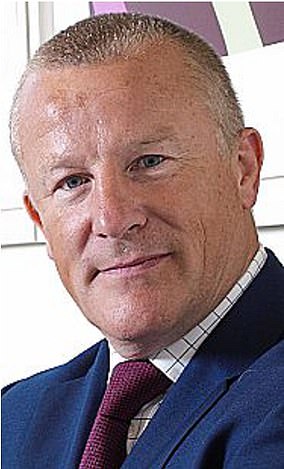 Neil Woodford is facing scrutiny over his decision to list four companies on the obscure Guernsey stock exchange.

The fund manager put his holdings in unlisted firms Benevolent AI, Industrial Heat, Ombu and Sabina Estates on The International Stock Exchange (TISE) on the island in recent years.

The moves were designed to avoid breaching rules which state that funds like Woodford Equity Income can invest no more than 10 per cent of savers’ money in unlisted companies because they are ‘illiquid’ or hard to sell.

But not a single share in these companies has been traded since Woodford listed them in Guernsey – suggesting they are no easier to sell than they were.

The Financial Conduct Authority is examining Woodford’s extraordinary decision to list the stakes held in the Woodford Equity Income fund in Guernsey.

The watchdog said: ‘Where the FCA believes there are circumstances suggesting serious misconduct or non-compliance with the rules it may open an investigation.’

TISE blamed the FCA for not investigating the listings earlier.

TISE’s chief executive Fiona Le Poidevin said: ‘The International Stock Exchange Authority made several attempts to contact the FCA back in April 2019 but with no initial response, finally securing a call with them on May 8, 2019.’

TISE suspended the listings from trading in April, while trying to seek guidance the FCA.

But after receiving little clarification, it lifted the suspension weeks later.

Myners told the BBC’s Today programme: ‘Woodford was a star fund manager, he was given far too much freedom.

‘There was somebody meant to be watching him on a daily basis, a company called Linked Financial Solutions, it doesn’t look as though they were, and in the background we have the FCA.

He had a performance record playing cricket and then he decided to play baseball. The FCA should have been awake.’ MPs will grill FCA chief executive Andrew Bailey on June 25.

John Mann, a Treasury committee MP, said: ‘The FCA should have been in discussions with Woodford for some time – so it is perplexing that they have not been.’

The FCA said it was aware of the situation. Linked Financial Solutions insisted it was independent and had acted ‘in full accordance’ with its obligations.

Neil Woodford has raised £95million selling stakes in a raft of companies as he battles to save his crumbling empire.

He has reduced his holding in firms including Provident Financial, Kier Group, Circassia Pharma and Allied Minds – disastrous investments that have plunged in value in recent years.

And he has slashed his exposure to the UK housing market, offloading shares in online estate agent Purplebricks and builders Barratt Developments, Redrow, Crest Nicholson and Taylor Wimpey.

All the stakes were held in the troubled Woodford Equity Income fund, which was closed to investors this week, meaning savers can no longer withdraw their cash.

Woodford has started selling off the fund’s holdings to raise cash so that he can repay investors who want their money back when it reopens.

The holding in property firm New River has fallen from 22.3 per cent to 14.8 per cent.

‘Neil has sold £95million of stocks this week as he continues to reposition the £3.7billion Woodford Equity Income fund portfolio,’ a spokesman said.

The Equity Income fund looked after £10.2billion of savings at its peak in 2017.