By Calum Muirhead At Proactive Investors For Thisismoney

Redx Pharma was one of the few winners on AIM amid the week’s market rout after it confirmed a second takeover approach from Yesod Bio-Sciences two weeks after discussions were terminated.

Yesod, which is helmed by colourful biotech entrepreneur Sam Waksal and investment banker and former football league boss Keith Harris, is offering an indicative 15p per share, a 200 per cent premium on the company’s 5p close price on 12 March.

The second approach is contingent on the backing of the Redx’s main investor Moulton Goodies and the unanimous recommendation from the directors, with the company saying it will ‘make further announcements in due course.’

Cancer-focused: Redx Pharma was one of the few winners on AIM amid the week’s market rout

The resurrection of the takeover talks sent shares in the group rocketing 93 per cent over the week to 14p, just shy of Yesod’s new offer price.

Another biotech on the up was life sciences firm Tiziana, which soared 118 per cent to 67p as it unveiled plans to ‘expedite development’ of a drug that it believes could help COVID-19 patients with severe lung damage.

The company’s TZLS-501 is a class of antibody called an anti-interleukin-6 receptor, or anti-IL6R for short, which on-the-ground testing in China has revealed could have a role in treating those suffering from coronavirus.

Elsewhere, Smart Metering Systems surged 47 per cent to 687.5p after netting £291million through the sale of a minority of its meter assets to funds owned by Equitix Investment Management.

In the fallers, several junior oilers suffered heavily as Saudi Arabia began a price war and flooded the market with cheap oil, precipitating a plunge in crude prices. 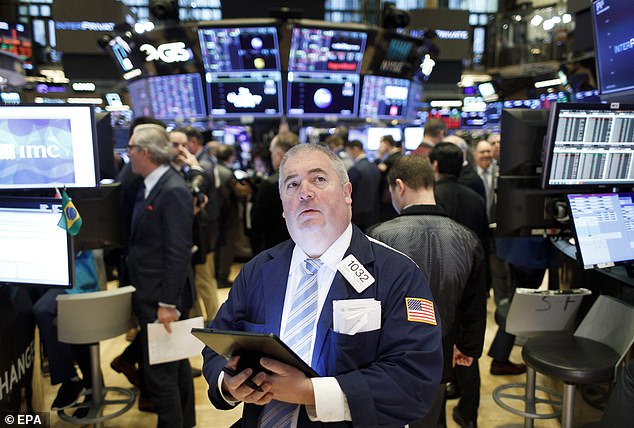 Casualties included Rockhopper Exploration, which shed 53 per cent to 5.7p over the week, I3 Energy which was down 34 per cent at 3.9p and Lekoil which tumbled 25 per cent to 1.8p.

Trinity Exploration also saw its shares dented, falling 15 per cent to 6.2p, despite efforts to reassure investors that its revenues were protected by a strong oil price hedge position.

Others were hit as the growing panic over coronavirus made its way to the junior market.

Employee training provider Mind Gym got a migraine, slumping 22 per cent to 125p after it said it had experienced a ‘sudden fall in revenues’ as clients cancelled bookings due to the outbreak, and as a result it expected growth for the full year to be below its previous expectations.

Hostels operator Safestay fell out of bed, dropping 17 per cent to 19p as it said the spread of the virus was having an impact on bookings and a growing number of reservations from schools and colleges were being cancelled or postponed.

Coronavirus also dealt a heavy blow to media firm Tremor, which slumped 38 per cent to 112p after the outbreak forced it to postpone a capital markets event scheduled for 2 April.

Other small cap fallers across the week, not directly linked to COVID-19 or the oil price war, included Thor Mining, which dropped 17 per cent to 0.2p after its half-year report failed to please investors.

Lender Morses Club was in the red, plunging 36 per cent to 68p as the doorstep credit card provider warned that profits will be a lot lower than expected amid a deterioration in collections over the last 13 weeks.

Beauty products firm Brand Architekts also looked ugly after a set of half-year results showing a sharp decline in sales drove its shares down 36 per cent to 107p.

The company blamed the fall on currency devaluation in a key market and tariff pressures.