The Student Loans Company has a £28.5million pot of money belonging to university graduates which they can claim hundreds of pounds from.

Between 2009-10 and 2017-18, the Government body in charge of student finance took £308million more in repayments than it should have, according to reports.

While the SLC said it had contacted everyone due a refund, supposedly almost a tenth had not been refunded to those who had overpaid.

As with anything which claims you could earn hundreds of pounds in a few minutes, it’s fair to approach this with a degree of scepticism.

Cause for celebration: University graduates have reported winning back hundreds of pounds from the Government after they overpaid their student loans

Four journalists at This is Money therefore decided to take the plunge and test whether it really was true, and the signs appear promising.

Collectively, we reclaimed a total of £804 after just a few minutes on the phone.

That four people in the same office who went to university at different times were all eligible for refunds suggests that a wide number of people could be entitled to their money back.

But, it’s worth pointing out that it’s not money for nothing.

In return to refunding the money directly to your bank account within four to six days, the SLC would also add the overpayments to someone’s outstanding student loan balance.

This means if they received a refund of say £26, as one person did, they would owe an extra £26.

This means someone who is very close to paying off their student loan balance may wish to use the refund to help pay off the money anyway, as if the money is added to their balance this will incur interest.

However, those who feel as if they may never pay off their loan or are right at the start of repaying their borrowing may simply wish to take the money and run.

Meanwhile the SLC won’t hand the money back with interest, as our journalist who overpaid £145 in 2009/10 found out. 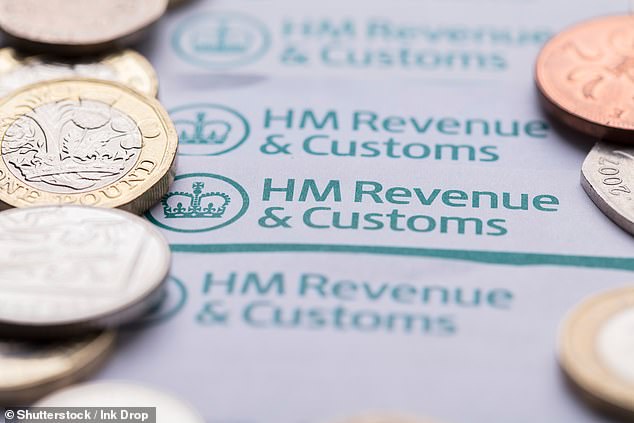 Previously HMRC only updated details with the Student Loans Company every April, meaning some graduates could have cleared their balance and continue to overpay until then

Why is this happening?

There appear to be two main reasons why university graduates may be due a refund on their student loan repayments, and they likely occur either at the start or end of their repayment history.

Former students often overpay when they clear their outstanding loan debt midway through a tax year and then continue to make repayments up until the following April.

This is because money is taken out of someone’s monthly salary, but this information is not updated until the end of each financial year.

The SLC writes to people with two years of repayments left to encourage them to set up a direct debit to prevent them from overpaying, but if people have changed address and updated their details with the SLC this would not reach them.

The law was changed in April 2019 to allow data to be shared weekly between HMRC and the SLC to ‘prevent graduates repaying too much’.

Meanwhile, although money is debited through someone’s employer and taken monthly, how much a graduate has to earn before they have to make repayments is worked out yearly.

This means that though someone could have monthly payments taken out of their salary, if they did not earn that sum in a year, they would be entitled to a refund as they had not reached that threshold.

This is what happened with one journalist at This is Money.

What do you need if you think you’re due a refund?

They will need their customer reference number, which will be on any statement they’ve received or in any emails the SLC contacted them on.

They will also need to know characters from their memorable word, examples of which include the street they lived on at the age of 10 or their favourite musical instrument.