Fuel duty has been frozen for the tenth year in a row, the Chancellor has confirmed.

Rishi Sunak announced in today’s Budget statement that the taxation on petrol and diesel will remain at 57.95p per litre, as it has since March 2011.

He told the Commons: ‘I have heard representations that after nine years of being frozen, at a cost of £110 billion to the taxpayer, we can no longer afford to freeze fuel duty,’ though conceded that it would remain unchanged because motorists are still heavily reliant on their cars.

The Budget document has also confirmed that the Plug-In Car Grant subsidising the purchase price of a new electric car has been extended to 2022-23.

Freeze continues: Fuel duty has been frozen for the tenth year in a row, meaning drivers will continue to pay 58.95p in tax on every litre of petrol and diesel pumped into cars for the next year

‘I’m certainly mindful of the fiscal cost and the environmental impacts,’ he said in his statement.

‘But I’m taking considerable steps in this Budget to incentivise cleaner forms of transportation, and many people still rely on their cars.

‘So I’m pleased to announce today that for another year fuel duty will remain frozen.

Fears had grown that Mr Sunak would end the freeze in a bid to convince more drivers to switch to greener electric vehicles.

Environmental groups had heaped pressure on the Chancellor to increase fuel duty to show the Government was serious about tackling climate change.

Nicholas Lyes, head of policy at automotive services firm RAC, said the decision was welcomed and will be a ‘relief to drivers up and down the country’.

‘While the Chancellor might have been tempted to increase duty, the reality is that for millions this would have simply increased their everyday driving costs and done nothing to encourage them to switch to cleaner vehicles,’ he added.

‘And while many want to seek alternative transport options to using their vehicles for some journeys, in so many parts of the country reasonable public transport provision simply does not exist.’

Steve Gooding, director of motoring research charity RAC Foundation, said: ‘The Chancellor clearly recognised that the coronavirus is creating unprecedented health and economic uncertainties, and that because transport is the single biggest area of household expenditure, any move to increase this burden would hit drivers’ wallets hard, especially those on lower incomes.’ 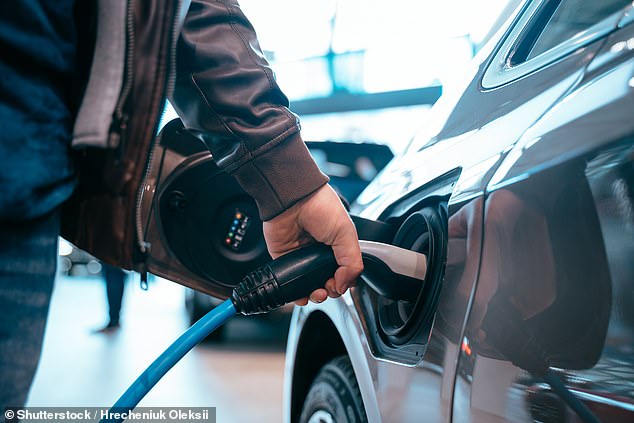 The Plug-In Car Grant has been extended and electric cars will be exempt from the premium rate Vehicle and Excise Duty tax on new models worth more than £40,000

What plans are in place to incentivise electric cars?

As well as retaining the freeze on fuel duty, the Chancellor’s Budgert document has also confirmed that the Plug-In Car Grant has been extended to 2022-23.

With the investment of £403million, buyers of qualifying pure-electric cars will still be able to receive a subsidy of £3,500.

In addition, the government will make battery electric cars exempt from the premium rate Vehicle and Excise Duty tax that’s been in place since April 2017.

A further £129.5million will be invested into the extension of the Plug-in Grants for vans, taxis and motorcycles, also to 2022-23.