Rishi Sunak will today deliver the first Budget in 500 days.

The Chancellor, who has been in the post for less than a month, is under pressure to loosen the purse strings as coronavirus takes its toll on the economy.

But he is expected to play it safe as the Government accepts the need for caution. Mr Sunak may treat the Budget as a holding operation, with radical plans pushed back until the autumn.

Tightrope: Chancellor Rishi Sunak, who has been in the post for less than a month, is under pressure to loosen the purse strings as coronavirus takes its toll on the economy

However, he also faces demands to deliver on the Prime Minister’s ‘levelling up agenda’, which may require a review of the Government’s spending rules.

Here, Money Mail talks you through what to watch out for — and the bookies’ odds of policy changes going ahead.

Mr Sunak said on Sunday the Government was preparing for a range of scenarios, but would not be drawn on details.

He did say the Government would give the NHS ‘all the support it needs’ though, and there would be financial help for workers who did not qualify for statutory sick pay.

The Chancellor is likely to give small businesses extra time to pay tax, loans and create a multi-million-pound protection fund. 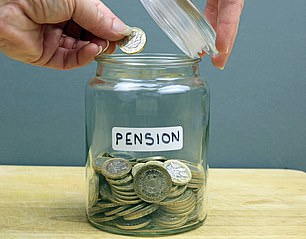 The Treasury is under pressure to fix NHS pensions rules, which can mean doctors end up paying to work extra shifts.

This means they can be taxed thousands for earning a penny over the threshold. The Chancellor is reportedly poised to increase the threshold by £40,000 to temper its impact, although critics say this won’t fix the core problem.

Mr Sunak is also facing demands to help more than a million low-income savers who miss out on pensions tax relief.

The workers earning between £10,000 and £12,500, who are automatically enrolled into workplace pension schemes but don’t pay income tax, currently miss out on 20 per cent relief.

Cuts to higher-rate pension tax relief appear to have been shelved.

The 2008 tax break introduced by Labour is likely to be cut or limited to smaller businesses.

It allows entrepreneurs to pay 10 per cent on capital gains tax when they sell their company, instead of 20 per cent. Scrapping it could bring in an extra £2.6 billion.

Both agricultural and business property relief may be under threat. These breaks allow family businesses to be handed down tax free, but it is open to abuse by the rich who buy up land and business assets to avoid paying the standard 40 per cent on estates worth more than £325,000.

The Conservative manifesto pledged to hike the threshold for National Insurance contributions from £8,632 to £9,500 — saving around £100 for 31 million workers. Mr Sunak is expected to follow through.

Former Chancellor Sajid Javid had been planning to cut the basic rate of income tax by 2p to 18p in the pound, although this would cost the Treasury an estimated £9 billion a year. His successor is unlikely to do this. 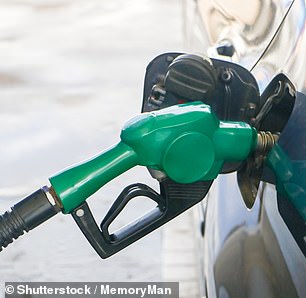 A freeze on fuel duty, which has been in place since 2010, could be ended

A freeze on fuel duty, which has been in place since 2010, could be ended in a bid to appear green. But the move could spark a backlash from Tory voters in ‘Red Wall’ constituencies.

A three per cent stamp duty surcharge on foreign buyers is expected to be confirmed today.

Boris Johnson’s pledge to become the first Prime Minister to slash stamp duty appears to have been forgotten.

The Resolution Foundation has called for an overhaul of council taxes, which it argues favours people living in better-off areas, but Mr Sunak is likely to want more time on this.

The Prime Minister has ruled out a mansion tax.

A stimulus package of £320 million is expected to be confirmed, which will allow some independent shops to claim business rates discounts worth tens of thousands of pounds. 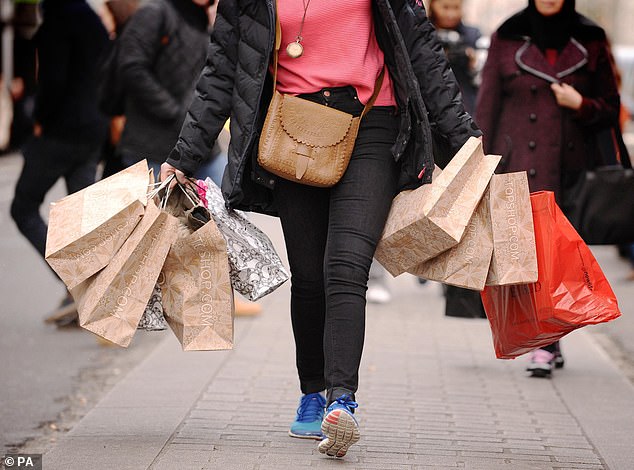 A stimulus package of £320 million is expected to be confirmed, which will allow some independent shops to claim business rates discounts worth tens of thousands of pounds

Mr Sunak has said he will introduce new laws to safeguard the future of cash, which could include protecting existing ATMs and encouraging shops to provide cashback.

A digital sales tax aimed at large online marketplaces like Amazon could be postponed to avoid enraging the U.S. ahead of trade negotiations.

Last week Money Mail called on the Government to deliver a lifeline to savers, but we’re not holding our breath.

Campaigners have demanded better rates in National Savings, more accounts that beat inflation and a relaunch of so-called Pensioner Bonds, which then Chancellor George Osborne introduced in 2014, offering 2.8 per cent for a one-year bond and 4 per cent for a three-year bond.

* All odds have been supplied by Paddy Power.