These are The Apprentice stars who have helped to make Lord Sugar £100 million richer.

The tycoon has now invested nearly £3 million in promising entrepreneurs discovered on his BBC show.

Exclusive Money Mail figures today reveal the venture has paid off, with one contestant alone expected to turn over more than £45 million this year with her vegan beauty products.

The business is now thought to be worth around £150 million.

The Apprentice launched 15 years ago, with the top prize a £100,000-a-year job working for Lord Sugar. But the tycoon changed the format in 2011, when the winner was offered a £250,000 investment instead.

Nine years on, and Lord Sugar is still working with ten of the 12 businesses he backed. He has so far pocketed close to £7 million from dividends and shares.

The combined value of businesses is more than £200 million, making Lord Sugar’s stake worth at least £100million.

Lord Sugar says: ‘These people have made money, they have changed their lives. It is an amazing success story. There are a couple that haven’t gone that well, but that is business.

‘For me, it’s like going back to the old days. To watch a company grow is a great kick for me, and it’s what keeps me going.’

The show’s winners put part of their success down to the package of support the Amstrad magnate also provides, from tax accountants to lawyers.

Lord Sugar says: ‘The whole point is the show is a business show. The process enables me to find the best one — that’s the bottom line. The person who has all the knowledge and aptitude for business. I will straighten them out if they start going off-track. Slowly and surely they become a stand-alone item.’

Money Mail asked for some of the contestants’ top tips for success.

Susie Ma says: ‘Identify who your target consumers are, and ask them as many questions as possible to understand if there will be sufficient demand for your product or service. I believe the best advice comes from our customers.’

Ricky Martin says: ‘Write your plan and then half your predicted sales, and double your projecting business costs, and if the business still survives, you have a fighting chance.’

Tom Pellereau says: ‘It’s much easier to spend money than make it. Things always take much longer than you expect, so it’s best to spend your money as slowly as possible. Stay focused on your goals not those of others.’

But not all businesses have worked out. The 2015 winner, Joseph Valente, had a plumbing company, but it was liquidated last week. Lord Sugar sold his share in 2017.

Lord Sugar and The Apprentice producers are now picking candidates for the next series, due to air in September.

The show sees 16 candidates compete to win the £250,000 investment. Each week, they are split into two teams and set a task. Both teams are called into a boardroom with Lord Sugar, and his advisers Baroness Karren Brady and Claude Littner, to discuss their performance — and at least one candidate is fired.

She says: ‘The Apprentice has given me the funds I need to get the foundations of the business where it needed to be. We were small-scale, so we have been able to move into mass production, recruit staff and find an office — and get ourselves ready to become a big business.

‘People think that when you have won you have done it, but it is just the start. I am still at a stage where I work all the time, and when I’m not working, I’m thinking about it. It’s my business and my name, so I am very invested in it.’

In 2017, Lord Sugar decided to crown two winners. Sarah Lynn won his backing for her Sweets in the City confectionery business.

Clients on her books for her vegan treats include Selfridges, Waitrose and Harvey Nichols. She says: ‘It has been challenging at times. The highs have been very high, but the lows have been very low, too.

‘The first year didn’t make any money, but I spent the time designing the products. The Apprentice has given me the platform to really push and grow. I feel very lucky to have had that chance to do what I love. Most people aren’t granted the luxury of having that investment behind them.’

Joint winner, alongside Sarah in 2017, was James White (not pictured). His company, Right Time Recruitment, has now turned over more than £4 million in two years.

The 29-year-old says: ‘The first two years have been hard. As a young entrepreneur, it’s a steep learning curve, and I needed to accept that from the start.’

Last year’s winner Carina Lepore is set to open a second branch of her artisan bakery business, Dough Bakehouse. The entrepreneur got a taste for business buying and selling clothes at Wimbledon market after leaving school, and ending up a womenswear manager at an M&S store.

She says appearing on The Apprentice was tough, as her competitors had far more corporate backgrounds. ‘Some of those people told me that they had had training in public speaking. I just turned up and hoped they liked me.

‘It was scary, but now, if I have to pitch to someone or negotiate, I’m much more comfortable with it.

‘I went on the show thinking I need to win this. I didn’t want to be on TV — I just wanted Lord Sugar to be my business partner.’

The show’s 2012 winner, is this year expected to turn over more than £15 million with his scientist recruitment company, Hyper Recruitment Solutions.

He says: ‘No one is successful the moment they win The Apprentice — their journey is literally just starting. Business is hard, and you are not successful until you have made that company work.’

Ricky is a bio-chemist and says his company now finds the best scientists to help create life-saving drugs.

He says: ‘We are not just a recruitment company trying to put people in jobs and take money — we are a company that changes lives.’ 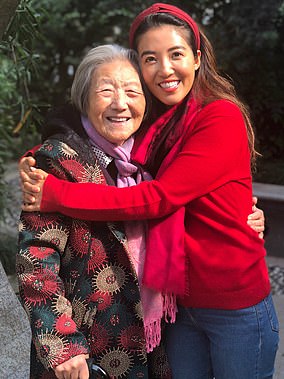 Susie was 13 when she moved to London from Australia, and, aged 15, she borrowed £100 from her mother to start selling jam jars of homemade body scrubs at Greenwich market. She made £980 on her first day.

Soon, Susie had made enough money to put a deposit down on a two-bedroom house and pay her tuition fees for her economics and philosophy degree at University College London.

She also quit her job as an investment banker at Citibank for a shot on the show in 2011.

Although she missed out to inventor Tom Pellereau, Lord Sugar approached her at the show after-party and asked for a fresh business plan.

And he was soon in touch to say his wife loved the products and he wanted to invest.

Tropic Skincare is now one of the fastest growing companies in the UK, employing 160 staff.

Now 31, Susie says: ‘We have had to work very, very hard to get where we are. The Apprentice gave us a platform to launch, but from then on it has been a lot of hard graft.’

And she says her grandmother, who still lives in Shanghai, was delighted to see the business thrive, adding: ‘She taught me from a very early age to live clean. She is especially proud that what she believes in has had so much reach.’

She says: ‘It felt like I had been thrown into the lionss den, compared to what working as a doctor was like. In the NHS, you’ve all trained in a caring profession, work together and help each other as a team. It’s very different to the boardroom of The Apprentice.

‘It was a real baptism of fire, but I do think it prepared me for life in business, which can be every bit as cut-throat as the tasks and boardroom of The Apprentice.’

Leah, who still works part-time in the NHS, expects to turn over more than £3 million this year. She says: ‘The type of individual who is chosen by Lord Sugar is the sort of determined person that it takes to build a successful brand.’

The first person to win the £250,000 prize, Tom had spent ten years trying to make it as inventor, and was about to give up and ‘get a proper job’ when he heard about the show. ‘Applying for The Apprentice was my last roll of the dice,’ he says.

Now his health and beauty inventions are in shops across the globe, and his firm Stylideas is expected to turn over £5 million this year.

Australian Mark Wright was a backpacker living in London when he and 75,000 others tried out for the 2014 series.

His internet marketing firm, Climb Online, is expected to turn over £5 million this year.

He says: ‘Before I was on the show, I was nobody and flat broke. It was a real opportunity — it was not a publicity stunt.’