Some of Britain’s newest and most desirable electric cars are available at discounts of almost 10 per cent from dealers, according to a new market report.

Models such as MG’s latest ZS EV and Renault’s Zoe are currently being offered with more than 8 per cent knocked off the retail price, data collated by What Car? shows.

Meanwhile, tomorrow’s Budget is expected to introduce further measures and new incentives to boost sales of electric vehicles in Britain.

EV savings: Despite unprecedented demand and expectation of government incentives to help boost sales, electric cars are already subject to discounts from dealers

New chancellor, Rishi Sunak, is expected to rubber-stamp changes to Benefit in Kind rates for company car drivers which will see fully electric cars registered after 6 April pay 0 per cent car tax, rising to 1 per cent the following year and 2 per cent the year after.

This is expected to create a surge in interest in battery electric cars among businesses (see boxout below), with company car drivers currently facing a 16 per cent BIK rate.

The chancellor is also likely to provide an update on the future of the Plug in Car Grant, which is due to expire at the end of March.

The grant currently subsidises the cost of a new pure-electric car by £3,500 in an effort to incentivise the purchase of the greenest models on sale.

The move would support the Government’s recent announcement to bring forward the sales ban of all new petrol, diesel and hybrid models from 2040 to 2035 – which could also result in a hike in fuel duty for the first time in over a decade.

Exclusive research by What Car?’s new car buying platform has found examples were motorists are already pocketing savings on electric cars without the government stepping in. 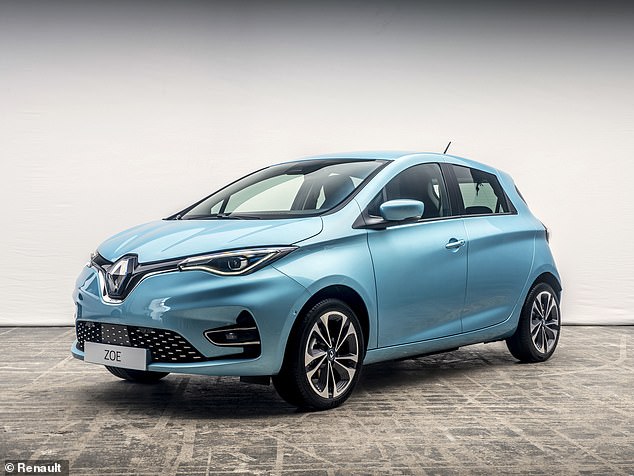 The all-new, third-generation Renault Zoe – capable of covering a claimed 238 miles fully charged – is also already offered with a discount of up to £2609, an 8.11 per cent saving 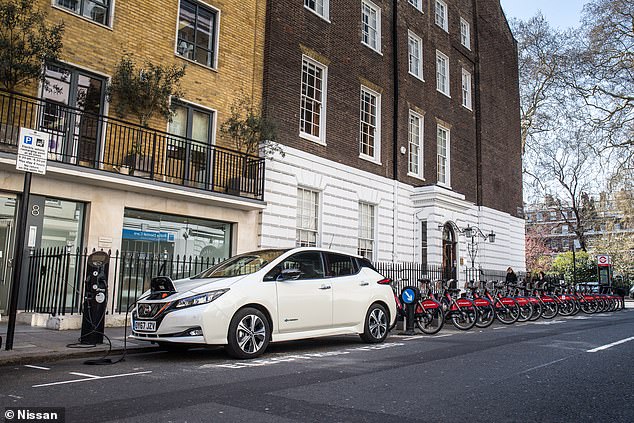 The motoring website says it can guarantee shoppers using its service savings on a raft of new plug-in vehicles, despite an unprecedented levels of demand for these types of car.

Registrations for battery electric vehicles are up by 218 per cent in 2020 so far.

Some 6,562 BEVs have been registered in the first two months of this year, up from 2,065 in the same period a year ago.

The biggest proportional discount available through What Car? is almost 9 per cent off the MG ZS EV – an electric family-size SUV with an official range of 163 miles.

The all-new, third-generation Renault Zoe – capable of covering a claimed 238 miles fully charged – is also already offered with a discount of up to £2609, an 8.11 per cent saving.

The hugely impressive Hyundai Kona Electric (150kW Premium SE 64kWh 5dr Auto [11kW Charger]), with a massive 279-mile range, can be ordered with 4 per cent off the on-the-road price.

And even high-end models that are seeing huge demand are subject to discounts. 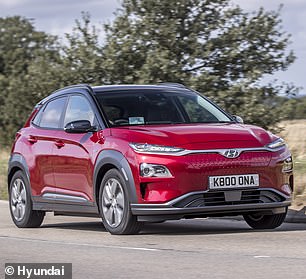 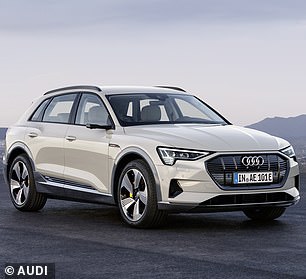 The consumer site listed the 10 pure electric models where buyers can secure the biggest savings.

While these all guarantee to knock more than £1,000 off the price of a new car, they are still relatively small discounts relative to some out-of-demand conventional petrol and diesel models.

Steve Huntingford, editor of What Car?, said: ‘March often sees the highest registration numbers for the year, so it’s apt the Government is likely to use the 2020 Budget to continue to solidify its position in backing electric vehicles through both company car tax and financial incentives.

‘Our latest, March target price data shows some of the latest and most desirable EVs can be had with nearly 10 per cent savings, making the decision to go electric even more appealing to the hundreds of thousands of new car buyers looking to purchase a vehicle this month.’

As well as incentives to help customers buy new electric cars, the Budget is also expected to help owners charge the vehicles.

That’s because the Treasury is likely to confirm the Department for Transport’s announcement of a £10 million investment towards residential on-street charging points, which could see as many as 3,600 new charging outlets introduced in towns and cities across the UK.

Investment in electric vehicles by UK businesses is set to increase by almost 50 per cent over the next two years, exceeding £12 billion, according to research published this week.

Centrica Business Solutions surveyed 200 UK firms about their EV investment intentions and found many are planning to significantly ramp-up spending on the electrification of their fleet.

The data revealed that, in the two years since the Government announced a ban on the manufacture of petrol and diesel vehicles, businesses have spent an estimated £8.2 billion on EV adoption.

But, over the next two years, this level of investment is set to increase by almost half to £12 billion as companies accelerate the introduction of electric cars and vans into day-to-day operations.

UK businesses plan to spend an average of 4.5 per cent of their annual turnover on EV adoption over the next two years according to the data, with over a quarter (27 per cent) of respondents expecting at least a fifth of the vehicles within their fleet to be electric by 2022. 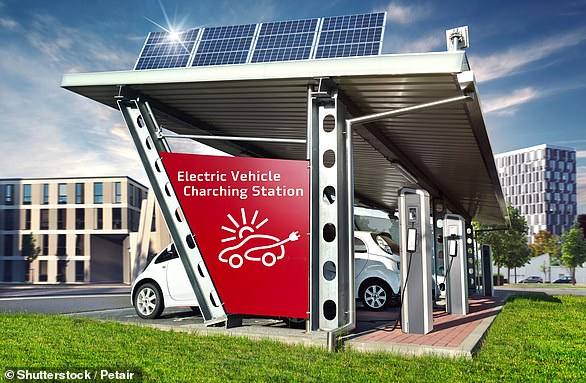 Alan Barlow, director UK and Ireland at Centrica Business Solutions, said: ‘There is clear recognition among UK businesses of the increasingly important operational role electric vehicles can play for them in meeting their decarbonisation goals.

‘But concern is still widespread over how to finance this significant change, particularly for those with large petrol and diesel fleets.

‘Vehicle charging is inevitably going to increase the amount of electricity businesses consume.

‘It’s our view that onsite generation from solar panels, allied with battery storage and smart charging are the right option for many businesses to enable them to provide charging facilities without facing large increases to power costs and upgrades to their incoming supply.’

Nearly half of the businesses (48 per cent) in the Centrica Business Solutions’ survey said they planned to install on-site charging points over the next two years.

Yet, a significant proportion (28 per cent) hadn’t yet invested in energy technology, such as solar panels, capable of generating the electricity needed for vehicle charging.