The cost of car insurance is likely to reach record highs in 2020 as insurers push up prices to reflect larger claims costs, data from Go Compare claims.

An increase in keyless car crime, changes to the way personal injury compensation is calculated as well as record repair costs are just some of the reasons why bills are rising, according to the comparison website.

Brexit uncertainty and the weakened pound has also hiked the cost of vehicle repair claims thanks to the price of imported parts rising.

Lee Griffin, chief executive and a founder of GoCompare, said: ‘We’re expecting this year to be another challenging one for car insurers, with a perfect storm of factors coming together to put further pressure on premiums.

‘In addition to rising claims costs, economic and political uncertainty, insurers may face regulatory measures to change their pricing practices as the Financial Conduct Authority publishes its report and remedies on making the car insurance market work better for customers.’

Below, the comparison website reveals the six reasons likely to increase car insurance premiums this year to push them to record highs.

1. Car theft is on the increase

Car theft is on the rise. Police crime figures for 2019 show a 3 per cent increase in vehicle offences, mainly as a result of increases in ‘theft or unauthorised taking of a motor vehicle’ and ‘theft from a vehicle.’

More expensive cars are also being stolen, increasing the average claim for a stolen car to over £8,000, up £3,500 from 2013 when records began.

Keyless car theft, where thieves intercept the signal between the fob and the car, meaning they are able to gain access to a vehicle, is of particular concern.

Those who have keyless cars are advised to take steps to prevent thieves entering their vehicle.

This includes putting car keys in a faraday cage when they are in the home as this blocks the signal between the car and the fob. 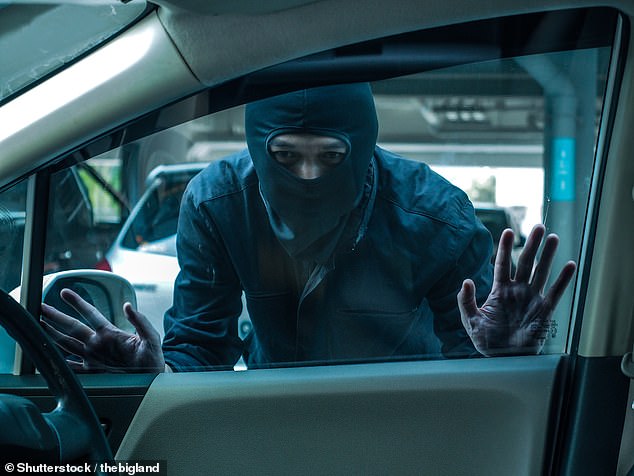 The Ogden discount rate is a calculation used to determine the amount insurers should pay as compensation to people who have suffered life-changing injuries so that it will cover all their predicted future expenses, including loss of income and care costs.

However, because the compensation is paid in a lump sum, the amount is discounted to account for interest payments.

The Government changed the rate in July 2019, increasing it from -0.75 per cent to -0.25 per cent, which added further pressure on insurers’ costs, reflected in higher premiums.

However, the changes made weren’t as dramatic as insurers had been expecting, meaning their costs will be higher in future than many had planned for and a rise in car insurance premiums is likely now on the cards.

However, they are typically located in parts of a vehicle vulnerable to damage from impacts, for example bumpers and wing-mirrors, which makes repairs much more complex and expensive.

Insurers pay-out over £12million a day to repair damaged vehicles. The increasing use of sophisticated technology has also resulted in insurers categorising more vehicles as uneconomical to repair.

With economic uncertainty already causing a fall in the value of the pound, this has increased the cost of imported cars and replacement parts – further adding to the cost of vehicle repairs.

There will be a number of things that motorists need to take into consideration now that Britain has left the EU, including whether they need a green card or an international driving permit.

Insurance fraud, which includes providing false information on an application, false or exaggerated claims and ghost (fake) brokers, pushes up the cost of cover for all motorists.

Industry figures on detected fraud show that car insurance scams are the most common and most expensive, with 55,000 dishonest claims worth £629million detected.

Griffin added: ‘There are also concerns that as the Government seeks to raise revenue, the rate of insurance premium tax charged on car insurance – which currently stands at 12 per cent – could come under the spotlight again, with some experts fearing it could rise to 20 per cent in line with other insurances and VAT.

‘The rate of IPT has been unchanged since June 2017, and hopefully this year won’t be the year it is reviewed upwards again.

‘Rather than just sitting back and accepting a bigger bill for their car insurance, motorists should shop around to find cover at a good price, that suits their needs.’

It seems that many drivers are heeding the warning as previous research from Go Compare revealed that car insurance is the most switched financial product with 56 per cent of customers switching in the last decade.

Paying monthly for car insurance rather than upfront penalises motorists who opt to do it this way to the tune of £544million a year, new research claims.

Drivers paying monthly are charged £55.36 more than the average car insurance policy, according to Go Compare. It can cost younger drivers a huge £257 more to pay this way.

It found that, on average, paying monthly adds a massive 11.83 per cent to the cost of car insurance.

While some insurers add as little as 6.8 per cent for monthly premiums, others add over 17 per cent to the total cost according to the comparison website, which means for some drivers, the cost of paying monthly can really add up.