Who would be in Rishi Sunak’s shoes? The young Chancellor – he is yet to turn 40 –has only been in Number 11 for about a month, after the previous occupant unexpectedly resigned. No wonder he has been fortifying himself with cups of strong Yorkshire Tea.

By all accounts he is a sharp and impressive character. He will need to be, in a first Budget that is overshadowed by coronavirus and the threat it poses to the economy.

Let’s rewind, though, to the world before the covid-19 nightmare took hold. This is the first post-Brexit Budget, where Boris Johnson’s government wants to lay the foundations for Britain’s economy outside the EU.

Boris and Sunak are acutely aware that they need to fulfil their promises to ‘level up’ and bring prosperity to regions, mostly in the North, that have been left behind, says Ruth Sunderland

Johnson won a large majority thanks to Red Wall voters and, given the state of Labour, he has every chance of five years or more in power, which gives him the opportunity to push through major change.

Boris and Sunak – whose constituency is in Richmond, North Yorkshire – are acutely aware that they need to fulfil their promises to ‘level up’ and bring prosperity to regions, mostly in the North, that have been left behind.

This has been tried many times before, but the Johnson government needs to succeed, not only for political motives but as a moral duty.

If you think that sounds a bit pious, have a look at a little-noticed bulletin from the Office for National Statistics last week on how incomes differ in local areas around the country.

In some parts of Middlesbrough, where I grew up, average household incomes after housing costs are less than £16,000, whilst in Kensington, where I now work, the average is more than £51,000 and in many cases much, much higher.

Although much of Sunak’s constituency is well-heeled, Yorkshire is over-represented in the bottom 50 local areas for household income.

Another shocking statistic, mentioned by Legal & General chief executive Nigel Wilson, also a north-easterner, is that life expectancy in some poor areas is as low as 58, compared with 85 in richer neighbourhoods. As he pointed out, that is a bigger problem than coronavirus. 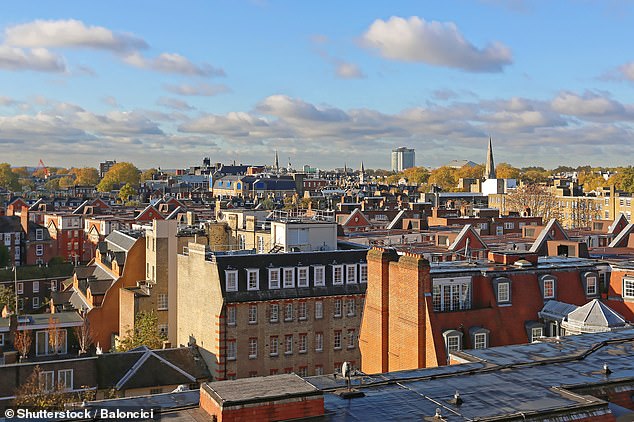 In some parts of Middlesbrough, average household incomes after housing costs are less than £16,000, whilst in London’s Kensington (pictured), the average is more than £51,000

I mention these numbers to emphasise that Sunak can’t afford to let the ‘levelling up’ agenda be side-tracked by coronavirus. More than that, he must take all possible steps to make sure the virus does not exacerbate the divide.

Poorer people are less able to withstand the economic strain of covid-19 and just because the Guardian says so, it doesn’t mean it’s not true.

The risk with the virus is that many inherently sound businesses and individuals could be driven under because of short-term cash flow problems. The answer for that is not money, but time.

One easy remedy is deferral of tax or National Insurance payments to provide a breathing space.

In terms of easing cash flow problems, the Bank of England has said it stands ready to offer cheap funds to the commercial banks to lend on as emergency finance for firms in the crisis. 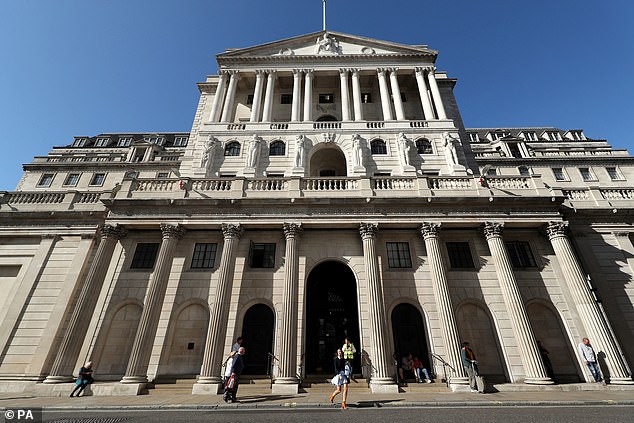 There is not a great deal of room to manoeuvre under the current fiscal rules, but Sunak could use coronavirus as cover for relaxing them. This would not be remotely reckless, because borrowing costs are ultra-low and very likely to fall further.

This is a time to be bold and imaginative, not rule-bound.

Sunak should stick with plans drawn up by his predecessor Sajid Javid, who was lining up a cut in income tax from 20p in the pound to 18p.

The cost is £10billion but it would help the less well-off at a time of stress and stimulate the economy because most extra money that goes into lower-income pockets is spent, not saved.

Why not get creative on savings? Sunak could help savers and the economy at the same time by launching new National Savings Infrastructure Bonds.

These could offer savers a decent rate of interest and raise cash for worthwhile projects such as building of new hospitals and medical research centres.

The Chancellor could even offer regional bonds, so people could back projects for their local economy. Never mind Yorkshire Tea, Rishi, what about Yorkshire Savings Bonds?