The outbreak of coronavirus which was first found in the Chinese city of Wuhan has dominated headlines in recent weeks.

Investors have also been watching a knock-on effect on stock markets, which clouded the outlook for global growth and seen the underperformance of some otherwise strong funds.

New research from AJ Bell has revealed the UK-based funds that have been impacted by the virus, including those investing in China, Asia and emerging markets.

There have been more than 900 deaths due to the coronavirus and a further 40,000 cases of the illness across the world

On the first day of trading in Shanghai and Shenzhen after the extended public holiday over the Lunar New Year, £275billion was wiped off the value of China’s listed companies.

The CSI 300 index, which tracks the performance of China’s biggest listed companies, ended the day down 7.9 per cent in its worst session since 2015.

Meanwhile analysts warned of further volatility in the coming days and weeks, depending on how the crisis develops.

Interestingly, the three funds that have been hit the hardest are all global energy funds.

Ryan Hughes of AJ Bell said: ‘Concerns around the impact the outbreak will have on the growth of the global economy and China in particular, is leading to fears that there will be lower demand for natural resources.’

Oil prices fell by 15 per cent in January in response to concern about slowing demand in China – the world’s largest importer of crude oil.

Demand has fallen by 20 per cent – or 3million barrels per day – which represents 3 per cent of global consumption. 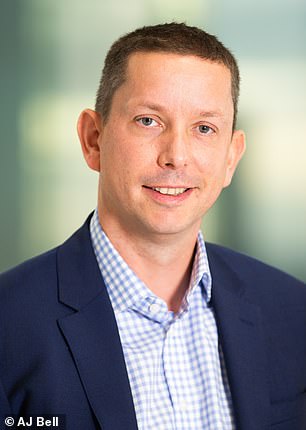 Andrew Jackson, head of fixed income at Federated Hermes, added: ‘Given that activity and travel has stalled in China, it is not unreasonable to assume that the temporary drop in demand is even higher.

‘The effect of this is somewhat mitigated by the willingness of the Organisation of Petroleum Exporting Countries (OPEC) to act.

Meanwhile, out of the 38 Chinese equity funds in the Investment Association’s China sector, 35 have seen negative performance since 1 January.

Hughes added: ‘Nearly all Chinese equity funds have been hit hard by the coronavirus outbreak, with only three out of 38 funds in the sector showing positive performance this year. Asian and general emerging markets funds are also among the worst affected.

‘Investors will understandably be concerned about what impact coronavirus is having on their portfolios but as always it is important not to panic and make knee-jerk decisions that could simply lock in losses.’

‘While it may be tempting to head for the exit, long term investors should remember that it is time in the market more than timing the market that is important,’ he added.

‘If we look back to the SARS outbreak in 2002 – 2003, it had a short term negative impact on markets but once the outbreak had been contained, markets recovered very quickly. ‘

The credit team at Federated Hermes, headed by Jackson, highlighted the industrial metals and auto sectors among others as those set to bear the brunt of the impact of the virus.

‘China accounts for over 50 per cent of global demand for industrial metals, which means the impact of the virus has been severe – especially in markets like copper and iron ore, where China is a net importer,’ the team said.

While SARS has been used as a proxy for what could happen to markets, it is worth considering that China represented a smaller proportion of total metal demand in 2003. This time, the effect of the epidemic has the potential to be much larger.

They added: ‘However, China is likely to support the economy with stimulus, which is typically supportive of metal consumption.

‘While the near-term outlook is negative, we see the possibility of a sharp recovery once the virus has been contained. We have a positive view of the sector’s longer-term fundamentals.

Although January and February are usually quiet months for the Chinese auto industry, the production halts will have a significant effect on output for the year.

The team added: ‘2020 was already expected to be a feeble year for industry, with a continuation of the slowdown seen in 2019 and very little chance of recovery.

‘The epidemic simply adds to our negative view of autos and we have taken out defensive positions in certain companies, while remaining positive on more robust firms which we think should be able to weather the storm.’

The technology and telecommunications sectors also face severe challenges given the high concentration of manufacturing operations in China and therefore the prolonged shutdown of factories.

Wuhan is home to a number of large semiconductor factories which is a booming industry and has been attractive to many global and emerging market investors over recent years.

Over a longer time horizon, the team think semiconductors still benefit from a number of structural drivers that remain intact and will survive the virus.