While investors watched their portfolios with concern as stock markets dropped on coronavirus fears, some funds and trusts climbed significantly.

Recent weeks have seen worries worldwide as the COVID-19 virus spread outside of China – and after  brief bounce-back at the start of this week, shares are down heavily again yesterday and today.

As has often been the case, times of crisis meant that global markets have been impacted and last week saw a 9.5 per cent loss on the MSCI World Index – its worst weekly decline since the global financial crisis. The UK’s FTSE 100 dropped 11 per cent from Monday 24 February to Friday 28 February.

Out of the 4,000 funds listed in the Investment Association universe, 3,651 – or 91.3 per cent – made a loss over that period, but that left some that didn’t. So, which investments rose as the majority fell?

Investors were hit hard by the coronavirus sell-off and 878 funds – or 22 per cent – of those that declined were down 10 per cent or more in the week to 28 February.

Energy and UK-focused funds (which tend to have high exposure to the energy and industrial sectors) were hit hardest.

Only five sectors saw positive returns. These were IA UK Index Linked Gilts, which were up by 2.34 per cent, IA UK Gilts (+1.57 per cent), IA Global Bonds (+0.71 per cent) and the two money market peer groups.

Bonds are traditionally seen as safe haven assets during times of crisis thanks to their defensive properties.

Investors, especially big institutional ones, head for the supposed safety of bonds when they run for the hills – and that boosts prices and sends yields down.

Darius McDermott, of Chelsea Financial Services, said US treasuries, gold and cash are often the places investors run to for safety.

‘They are like an insurance policy. However, insurance is always most expensive after the event and that seems particularly apt at the moment – bonds being a case in point.’

He added: ‘Bonds are now super expensive and equities much cheaper. The trailing dividend yield on the FTSE All-Share index is now 5.11 per cent, almost three times the yield on the UK corporate bond index.’

‘So brave investors may be better off – over the long term – thinking of now as a cheaper entry into the equity market.’

Among investment trusts, as with open-ended funds, the fixed income sectors had the most appeal for panic-stricken investors.

The Debt – Structured Finance and Property – Debt sectors were among the best performing sectors, while the top trust was the RDL Realisation trust, up 10.38 per cent.

The funds that were hit hardest

Energy-focussed funds and funds investing in UK stocks were worst hit, with the IA’s UK Smaller Companies, UK All Companies and UK Equity Income sectors all down, by 11.22 per cent, 11.14 per cent and 10.9 per cent respectively. 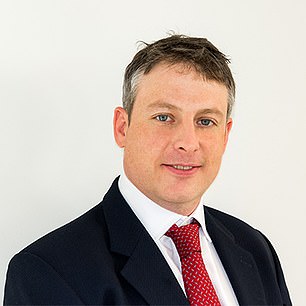 Coronavirus has led to a significant manufacturing reduction, especially in China where factories have been shut to reduce the outbreak.

China’s official manufacturing PMI, released over the weekend, slumped to 35.7 in February from 50.0 in January, marking its worst level on record, whilst the VIX – otherwise known as the ‘fear index’ reached a level not seen in ten years.

Andrew Rees, investment manager at EQ Investors, said the UK stock market has a structural overweight to energy and the materials sector, which explains why they too have been affected by recent events.

He said: ‘As the virus has spread, so have concerns that this continued manufacturing slump could move worldwide, further reducing the future demand for both energy (oil) and materials (industrial metals) which has been the driver of the fall in oil prices and other commodities.’

‘As the economic fall-out of the Coronavirus becomes apparent, investors have become spooked, so there has undoubtedly been some panic selling of shares.’

The investment trust sector saw a similar story, with the worst performing sectors being UK All Companies (-14.49 per cent), Technology & Media (-15.52 per cent), UK Smaller Companies (-15.56 per cent) and Commodities & Natural Resources, which was the worst, suffering an average loss of 17.67 per cent.

The worst performing trust was Riverstone Energy, falling a huge 22.96 per cent during the week. It was joined by UK equity trusts Chelverton UK Dividend Trust (-22.33 per cent), Acorn Income fund (-18.46 per cent) and smaller company funds BlackRock Throgmorton (-18.28 per cent) and Invesco Perpetual UK Smaller Companies (-17.98 per cent) trusts. 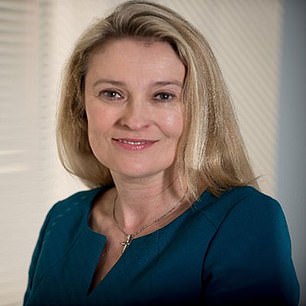 Annabel Brodie-Smith of the Association of Investment Companies, said: ‘It’s reassuring that defensive sectors like Debt and Renewable Energy Infrastructure have held up well during a week of extreme market volatility.

‘These sectors invest in alternative assets which are less correlated to the wider stock market and their strong, income-generating characteristics are likely to remain popular with investors.

‘Growth-oriented sectors are amongst those that have been hardest hit. Sectors such as Technology & Media and UK Smaller Companies have been very strong performers recently but they have been affected by concerns about the potential for a global slowdown.

‘Coronavirus is distressing on a human level, but investors can take comfort from the fact that investment companies have survived two World Wars, the Great Depression, the bursting of the tech bubble and the global financial crisis.’

Meanwhile, investment trust discount levels have also been hit, with the average trust in the Commodities & Natural Resources sector seeing its discount widen by as much as 9.7 per cent since the start of the year to 28 February.

This is followed by the Private Equity sector, with discounts also widening by an average of 9.7 per cent, and Asia Pacific ex Japan trusts by 9.5 per cent.

Brodie-Smith added: ‘Asia and growth-focused sectors have suffered, but changes in sentiment towards other areas such as infrastructure and UK blue chips has been more muted.

‘Clearly, we don’t know what impact the virus will have on markets this year, but for investors with a long time horizon the wider discounts could represent value.’

International travel has already been impacted by the virus with many flights being cancelled and bookings reportedly falling.

According to Jeremy Thomson-Cook, chief economist at Equals, the euro remains the most vulnerable given its trade links with China and the weight of disruption that will hit supply chains in the coming weeks and months.

‘Fluctuations in the pound are likely to continue as a result not just of coronavirus but the unprecedented Brexit journey and more specifically trade negotiations as they continue over the coming weeks and months,’ he said.

‘Trade negotiations between the EU and UK commenced this week, and although they will continue for some time the outcome is likely to have a big impact on the strength of the pound.

‘There is a huge opportunity for the pound to gain strength over the course of the transition period, although much work is needed for it to return to its pre-referendum heights which it has yet to return to. The markets will be keeping a very close eye on the pound’s reaction to any talks and agreements.’

There is still no certainty whatsoever on whether the coronavirus will get worse or better, nor on for how long markets will continue to be volatile.

Shane Balkham, of Beaufort Investment, said fight back measures are already being put in to some extent, with governments responding more effectively and the Federal Reserve taking the decision to cut interest rates by 0.5 per cent.

He said: ‘The coronavirus outbreak has potential to be the pin to burst the economic expansion, or the pump to prime the next wave of stimulus.

‘The Fed remains the world’s most influential central bank and its decision to slash rates by 0.5 per cent yesterday was profound.

‘At the beginning of the year, markets were pricing in just one US interest rate cut – make no mistake this is highly unusual action during a presidential election. But it can’t contain the spread of the virus.

‘For investors, now is the time to hold your nerve and not be tempted into a knee-jerk reaction of selling your long-term investments in response to short-term market mayhem.’