The founder of ‘legal loan shark’ Amigo triggered a bitter war of words with the company after accusing it of committing ‘slow-motion suicide’.

Father-of-eight James Benamor claimed the lender was making irresponsible loans and failing to alert shareholders to the potential cost of complaints.

Amigo, which is searching for a buyer, furiously denied the claims.

Benamor, 42, founded Amigo in 2005. Later labelled a ‘legal loan shark’ by MPs, it lends to people with a poor credit history, on condition that a friend or family member is willing to stump up the repayments if they can’t. It charges interest rates of up to 49.9 per cent.

Benamor has now joined the critics, accusing management of turning it into a ‘cash cow for consultants, lawyers and suits’.

He claimed Amigo’s strategy resembled Brewster’s Millions – a 1985 comedy film where the lead character (played by Richard Pryor) must spend $30million as fast as possible while accruing nothing.

Benamor stepped down as chief executive in 2016, and left the board in 2018 after Amigo completed its £1.3billion stock market float. He rejoined the board last December, which analysts interpreted as a sign that he was unhappy with its direction.

Weeks later, Amigo said it was putting itself up for sale – a process in doubt due to the falling shares. 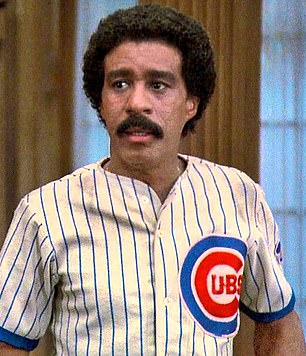 Benamor quit again this week, shortly before his fiery statement in an online blog. He said: ‘During my short time back on the board, I have witnessed a company committing slow-motion suicide, whilst playing out the script of Brewster’s Millions.

‘Within one year of my stepping down from the board, the most efficient company in the FTSE 250 had become a cash cow for consultants, lawyers and suits, all of whom had an interest in keeping the gravy train running for as long as possible, but no interest in the company being honest with shareholders or customers about the situation it was in.’

Last year, Benamor claimed, the Financial Ombudsman Service (FOS) told Amigo that it had tightened its restrictions on irresponsible lending.

Benamor said this meant many Amigo loans would now be classed as irresponsible, and it could be forced to pay out if the borrower or their guarantor complained.

If Amigo wanted to carry on as it had, it should have asked for a judicial review, he said.

Or if the firm accepted the FOS position on irresponsible lending, and ‘agreed that almost all loans in their book had been made irresponsibly, they should have informed shareholders that they had now taken this position, made a provision for well over £1billion of redress, ceased lending and put themselves into administration’, he added.

Benamor said Amigo must stop lending and ask for a judicial review of the new guidance.

Amigo said: ‘Amigo rejects Mr Benamor’s binary analysis that Amigo either must take the FOS to a judicial review or that it has a systemic problem with its loan book.

The company monitors its loan book regularly and has concluded, as part of its third-quarter review process, that it does not have a systemic problem.’

Amigo declined to comment on whether it would be pursuing legal action against Benamor.