A lifeline for small firms crippled by coronavirus: Bank of England and Treasury draw up plan for emergency loans

By James Salmon for the Daily Mail

Plans to provide emergency loans to stop small firms going bust during the coronavirus crisis are being drawn up by officials at the Bank of England and the Treasury.

Andrew Bailey, who takes over as Bank Governor on March 16, told MPs he has discussed ways to help British business grappling with the outbreak with Chancellor of the Exchequer, Rishi Sunak.

Describing Covid-19 as the ‘most pressing issue that we face’, he said he would ‘have to move quickly’ to address the threat of the disease on employers and the wider economy when he takes over from Mark Carney.

Andrew Bailey, who takes over as Bank Governor on March 16, told MPs he has discussed ways to help British business grappling with the outbreak with Chancellor Rishi Sunak (pictured)

The comments came as Bailey was quizzed by MPs on the Treasury committee about his suitability to be Governor.

The 60-year-old, who is chief executive of the Financial Conduct Authority (FCA), said: ‘I think it is quite reasonable to expect that we are collectively going to have to provide some form of supply-chain finance in the not-too-distant future to ensure the shocks from the virus are not too damaging to firms… particularly to small firms.

‘We will have to move very quickly to do that. I have met the Chancellor and we have talked about this.’

Bailey said support could be provided by the Bank, which is drawing up plans, or the Government. He said officials would ‘look closely at evidence’ before launching any emergency package. 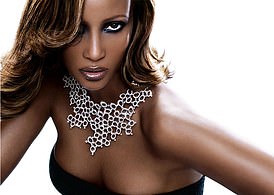 Sales at the world’s best-known diamond group have been hit.

De Beers said demand has slumped in China, the biggest luxury goods market, which makes up around 15 per cent of world sales.

Rough diamonds sales fell 28 per cent to £278million at its second auction of the year, compared with the same period last year. That was 35 per cent down on the £431million in the previous sales round, reversing what seemed to be an industry recovery.

De Beers boss Bruce Cleaver said: ‘Following an improvement in demand for rough diamonds during the first sales cycle, we recognised the impact of Covid-19 on customers focused on supplying the Chinese.’

A string of companies have warned their supply chains have been hit by Covid-19, which has locked down much of the Chinese economy and is wreaking havoc.

There are fears that small firms in supply chains may run out of cash, and be unable to obtain a loan to keep going.

It is reported that high street banks are already rolling out emergency loans to firms across the UK amid fears that factory disruptions in China are threatening supply chains and cash flow.

Barclays, Santander and Royal Bank of Scotland have begun contacting thousands of business customers to check if they are under financial strain and need overdrafts or short-term loans.

Sunak has promised more help for households and businesses in his first Budget next week, with the Treasury expected to spend billions to manage the impact of the epidemic.

As the Bank of Canada became the latest central bank to slash interest rates, Bailey also refused to rule out an emergency cut, echoing the move by the US Federal Reserve on Tuesday.

The Bank of England’s Monetary Policy committee which sets interest rates is not due to announce its decision until March 26, but can cut rates before then.

The urgency was underlined yesterday by International Monetary Fund boss Kristalina Georgieva who said the rapid spread of coronavirus will wipe out any chance of stronger growth this year.

The Washington-based economic watchdog now expects global growth to fall short of the 2.9pc registered last year. Appearing in front of MPs, Bailey also faced questions over his track record at the FCA.

MPs took turns to criticise the regulator for being slow to protect consumers during a series of scandals including the fall of London Capital & Finance and the implosion of Neil Woodford’s investment empire.

Bailey said the FCA had tackled high-cost consumer credit and launched insider trading cases, which resulted in a conviction.

In a message to his successor, he said the role at the FCA was ‘hellishly tough’. He added: ‘But I don’t regret it for a moment.’

RECESSION FEARS The coronavirus outbreak threatens to plunge France and Italy into recession, European finance ministers have been warned.

Both France and Italy contracted in the final quarter of last year and could do so again in the first quarter of this year, leaving them in recession.

The warnings came in a European Commission briefing note on the impact of the outbreak seen by Bloomberg.

Just a day after the Federal Reserve made an emergency cut to borrowing costs in the US, the Bank of Canada followed suit by reducing rates from 1.75 per cent to 1.25 per cent.

‘It is likely that as this virus spreads, business and consumer confidence will deteriorate,’ the bank added.

The airline said that it will reduce flights from March 11 to countries affected by the virus – mostly to Italy – and is looking at cutting capacity by about another 10 per cent between April and June.

BOOKING BLUES Budget travel accommodation website Hostelworld has warned that the disease has led to big falls in bookings.

The spread of Covid-19 since late January has prompted people to travel less, and therefore there is less demand for places to stay.

The company said: ‘As the coronavirus has spread from region to region, we have observed a material reduction in bookings and an increase in marketing cost as a percentage of net revenue.’

SALES SURGE Cook-it-yourself food delivery service Mindful Chef has seen a massive increase in the last week as fears surge in the UK.

The business, which delivers a box of ingredients to customers’ front doors, said that deliveries had increased by 165 per cent in the last week.

In other countries gripped by the virus, such as China, there has been an increase in deliveries as people self-isolate.