A scheme to help small businesses turned down by banks borrow from peer-to-peer and alternative finance firms has proved ‘underwhelming’ and needs an overhaul, say experts.

The Government-backed Bank Referral Scheme was launched in November 2016 and requires the UK’s biggest banks to refer small and medium-sized businesses they turn down for finance to a platform,  to help facilitate alternative funding.

But just 1,695 deals were completed between launch and summer last year, compared to 30,000 businesses turned down for funding by banks, latest figures from a  HM Treasury review show.

Mike Cherry, of the Federation of Small Businesses, said: ‘Helping well under one per cent of the small business community secure a few million over three years doesn’t scream roaring success.’

Almost 1,700 businesses secured alternative funding thanks to the Bank Referral Scheme between 2016 and 2019 – but this is minute compared to the 30,000 SMEs rejected by banks

Tens of thousands of entrepreneurs could be missing out on growing – or even starting – a business because they are left feeling disheartened after being turned down for funding from banks – and do not recognise the opportunity to be had from the Bank Referral Scheme.

It was introduced in response to data that showed SMEs that were rejected funding by their bank tended to give up rather than seek alternative options to grow their business. But recent reports show this still seems to be an issue.

In a 2018 report, the Federation of Small Businesses (FSB) said progress was being made thanks to the scheme but few referred businesses were actually going on to be successful in their applications.

Meanwhile, according to alternative finance provider Nucleus Commericial Finance, nearly four in ten (39 per cent) of UK SMEs have encountered financial challenges over the past 12 months.

Within that group, a quarter of business owners dipped into their personal savings to address those issues, while 27 per cent simply took no action, rather than seeking the funds they needed from elsewhere.

Nucleus chief executive Chirag Shah said: ‘As we enter a new year, we need to encourage business owners to be more vigilant of their finances and be more aggressive when it comes to growing revenue.

‘Entrepreneurs should rest assured that there are options available and as an industry, we should be educating them on the benefits of seeking external finance.

‘Together we can help SMEs be better equipped to tackle any financial challenges; boosting performance and ultimately improving the country’s GDP.’ 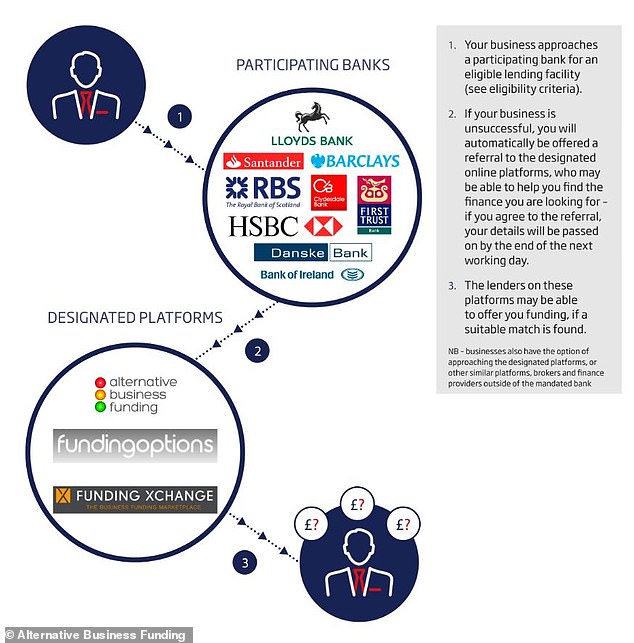 There are three platforms that nine of the UK’s biggest banks refer SMEs which they have refused funding to: Alternative Business Funding, Funding Options and Funding Xchange

Why are companies being rejected by the banks?

Currently, there are three platforms which banks refer SMEs they have refused funding to: Alternative Business Funding, Funding Options and Funding Xchange.

They are, in turn, required to anonymously share their details with alternative finance providers, helping to facilitate a conversation between the business and any provider who expresses an interest in supplying finance to them.

The platform determines which type of funding might be a good match for an individual business, and there are countless options, from pension-led funding to invoice financing and merchant funding.

Between November 2016 and July 2019, around 30,000 SMEs were declined funding. But why are these companies being rejected in the first place?

Katrin Herrling, chief executive of Funding Xchange said some of those rejected businesses are often looking for a small amount of credit and many banks prefer to focus on higher value lending.

‘Furthermore, banks built their credit models in the 1970s when the typical company was eight years old and had a pretty steady trading record, growing at two to three per cent per year,’ she said.

‘But that is not the profile of the typical company that makes today’s economy. Most companies haven’t even been around for four years. 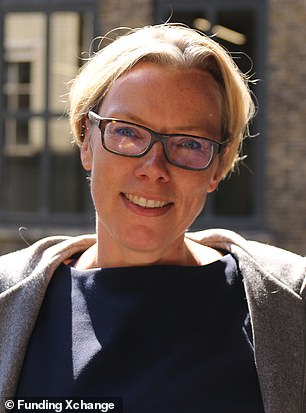 ‘If a bank doesn’t feel they can fund until two submissions on Companies House, then 35 to 40 per cent of businesses fall outside of what banks consider fundable.’

As a result, younger companies with only a two to three-year trading record are often being rejected.

Herrling also cited a bias towards particular sectors as a reason for increasing bank declines, as well as a ‘progressively more cautious credit policy’.

She added: Only 14 per cent of companies accessing Funding Xchange through the scheme in early 2018 had a financial profile that suggested “viable demand” where the provision of responsible lending was possible.

‘This increased to 20 per cent in 2019. Some of this may be due to the banks not wishing to have a concentration in any one business sector, which has seen them rejecting applications notwithstanding their quality. Nonetheless, these businesses have been rejected.’

Why isn’t the scheme working as well as it could?

Despite being in action for almost four years, the scheme hasn’t given SMEs the planned boost it was created for.

Mr Cherry, of the FSB, said: ‘The bank referral scheme is a great initiative in principle but its results to date are underwhelming.

He added: ‘The model is the right one. However, we urgently need to look at how we reduce friction within the referral process. Banks should be encouraged to proactively reach out to those they turn down: that starts with ambitious referral targets.

‘Equally there needs to be more encouragement on the demand side – small firms may be wary of handing over details to funding platforms, and automatically being given the chance to be referred is not the same as an automatic referral straight off the bat.’

The Bank Referral Scheme model is the right one. However, we urgently need to look at how we reduce friction within the referral process

Cherry also believes there needs to be more funding platform options, within an industry that is constantly growing and innovating.

Meanwhile, Emma Jones, founder of small business support network Enterprise Nation, believes the problem lies with the process rather than a lack of awareness or demand.

She said: ‘At the moment small businesses are losing a lot of time and money applying for bank loans via a system that isn’t set up to cater for their niche requirements.

‘The Bank Referral Service simply spits them out without offering any understanding on why they were refused in the first place.

‘Just sending them off to another bank is unlikely to satisfy immediate cash requirements and just adds to a lack of productivity.

‘What needs to happen is for financial lenders to be able to harness open banking and credit data to understand better how small firms operate financially – it could be that they don’t tick the classic turnover box, but have an excellent credit history and are on an upwards trajectory and banks can often miss this fact.’

But success stories do exist

Of course there are some companies that have come out better off thanks to the Bank Referral Scheme, and are proof of its positive impact.

Alternative Business Funding helped Surrey based development trust, the Caterham Barracks Community Trust (CBCT) from possible closure, by helping it secure more than £1million in funding – the platform’s largest ever loan and the second-largest loan created through the Bank Referral Scheme.

The funding was provided through ethical and sustainable finance specialist, Triodos Bank UK, after CBCT received notice from their main mortgage provider advising them they would not be renewing their loan.

The trust’s vice chairman Robin Clements approached Barclays, who could not provide funding, but immediately referred him through the scheme.

Clements said: ‘We were beginning to resign ourselves to the fact we were going to have to sell a building and lose charitable services.

‘All in all over 10,000 local people that benefit from our facilities were going to be affected by the closure of [community hub] The Arc and CBCT operated buildings, not to mention the 18 local businesses including a nursery who would have to find new premises from which to run their enterprises.’ 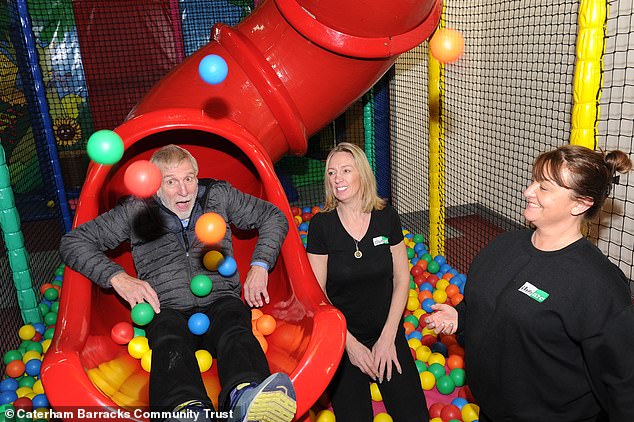 The new £1.1million Triodos Bank UK loan refinances previous lending to help with CBCT’s cash flow while securing the future of The Arc and ensuring the trust can continue to run its services.

Clements continued: ‘Not only did the loan ensure we can continue our important work for the Caterham community, Triodos also managed to reduce the interest on the loan and set up a far more attractive agreement which means we have an additional £50,000 per year available, or over £4,000 per month in cashflow.’

Adam Tavener, chairman of Alternative Business Funding, added: ‘When loans like these are declined, it’s never the end of the road, as the Bank Referral Scheme opens the door to many more specialist lenders such as Triodos, which fully understood CBCT’s requirements – as they lend solely to organisations delivering social, environmental or cultural impact.’

How did the Bank Referral Scheme come about?

2012 – The Breedon Report recommends a ‘signposting’ system, to redirect customers turned down by banks towards the alternative, non-bank sector.

No significant developments are made – a combination of innovation from alternative funders and government intervention is required. 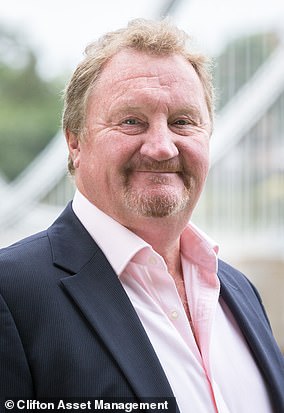 Adam Tavener, chair of Alternative Business Funding was one of the key players in the creation of the scheme

Together with other leading non-bank lenders, he launches online portal alternativebusinessfunding.co.uk to help direct SMEs to finance options they might be unaware of, including pension-led funding and crowdfunding.