Shares in Sirius Minerals plunged ahead of a crunch vote on a controversial takeover that will determine the company’s future.

Investors will today decide whether to sell the Yorkshire potash miner to FTSE 100-listed mining group Anglo American for £405million, or risk it running out of cash and collapsing into administration. Anglo has offered to pay 5.5p per share for Sirius’s stock.

But Sirius shares fell by 2.3 per cent to close at 4.3p last night – having tumbled as low as 3.7p earlier in the day – as fears mounted that angry shareholders could scupper the rescue deal. If the deal is voted down and the company does collapse within weeks, as Sirius bosses have warned, shareholders will be left with nothing.

The vote is believed to be on a knife-edge amid reports that swathes of private investors have shot it down in protest because they believe the price tag is far too cheap.

Sirius has an estimated 85,000 retail shareholders who own around 50 per cent of its stock – making it far more important to gain the backing of individual investors than it would be with most other takeovers.

Sirius is teetering on the brink of collapse after it failed to raise £400million in a crucial funding round in September. This would have enabled it to finish building the mine under the North York Moors.

Bosses are now adamant that the firm will run out of money and collapse within weeks if investors do not accept Anglo’s offer.

Around 16.5 per cent of Sirius’s shares are held through the investment platform Hargreaves Lansdown, which revealed over the weekend that the ‘majority’ of individual investors who took steps to cast their own ballot had registered ‘no’ votes. 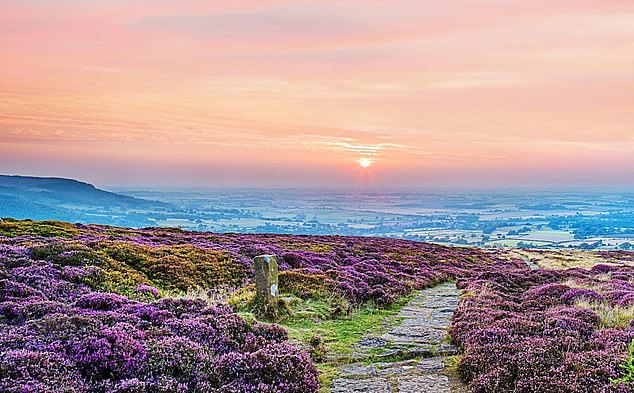 Sirius is teetering on the brink of collapse after it failed to raise £400m. This would have enabled it to finish building the mine under the North York Moors (pictured)

Those who did not go through a process to register their own vote will have their shares automatically counted in Hargreaves’ single vote, which is likely to be ‘yes’.

Anglo needs 75 per cent of votes cast in its favour for the deal to go through.

But the turnout for votes at Sirius’s annual general meetings is often as low as a third, meaning if the significant backlash that Hargreaves has reported is replicated across the board, the deal could be in serious jeopardy.

Last night sources in the City said Jupiter Asset Management had voted in favour of the takeover.

This would be a major boost as Jupiter is Sirius’s largest shareholder – with a 7.8 per cent stake.

Sirius bosses own 2.46 per cent of the company and will vote in favour of the deal, meaning more than 10 per cent of votes are guaranteed to be a ‘yes’.

With Hargreaves’ votes as well, it could be more than 20 per cent already.

A source told the Mail the company was also bracing for a possible ‘no’ outcome.

Over the weekend, the source said the company told a slew of new hires who were meant to start yesterday ‘that they would not be starting and are waiting to see which way the vote goes’.

Sirius’s deal has come under fire from institutions as well as individual investors.

Jupiter had urged Sirius to search for other bids – especially those that would keep it listed on the stock market – but the company said the Anglo deal had not been trumped.

It also came under attack from major City hedge fund Odey Asset Management, which branded the offer a ‘mockery’. Odey had built a 1.4 per cent stake in Sirius – which it used to vote ‘no’.

Some people have lost their pensions and entire life savings in the company, whose shares were trading above 20p for much of the past five years and peaked at nearly 44p in 2016.

On investor forums, some have said they hope that by voting against the takeover, another bidder will swoop in at the last minute and offer more money.

And others have even formed conspiracy theories that Sirius and Anglo plotted the takeover before Sirius’s share price collapsed in September when it failed to secure the £400million bond.