Most of us who regularly use car hire companies are bound to have been on the receiving end of their overcharging at one time or another.

And, as Money Mail readers well know, the odds are stacked against us.

However, I have just chalked up a rare victory. It took me countless emails, hours of Googling, phone calls and no less than eight months of chasing, but I have just received a refund of — wait for it — £61.50, from the notoriously grasping, Madrid-based company Goldcar.

Car hire cowboys: Goldcar was forced to issue a refund after failing to return a deposit in full

Big deal! Why should you care?

Because I couldn’t have done it without the involvement of a little-known, EU-supported consumer agency, the European Consumer Centre (ECC), which could give our readers who are far more out of pocket than I was proper satisfaction from such hire car highwaymen.

It was my fault initially. When we went to pick up our car from Toulouse airport last July, I could not remember my credit card Pin, so had to use my debit card.

In between the usual cat-and-mouse of the manager trying to sell me extras I didn’t need, such as an insurance excess and extra mileage allowance, they explained that they would have to take the deposit money from my debit card.

Unlike with a credit card, it would actually be debited from my current account (of course, they wouldn’t let my wife put it on her credit card).

I had booked the car through the Holiday Autos brokerage. A friendly bunch when I first started using them years ago, they are now part of the appropriately robotic CarTrawler, and curtly fobbed me off with: ‘Goldcar say it’s bank charges.’

When Holiday Autos stopped responding altogether, I phoned the Goldcar office I had rented from and was then bumped to a customer services email, which said it wasn’t bank charges after all, but exchange rates. 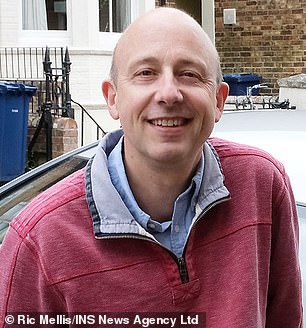 Victory: Mark Morgan received a refund of £61.50 – after a great deal of effort

No more details were forthcoming, however, and they, too, soon stopped replying.

Now I know many car hirers, including plenty of you, have been ripped off in far worse ways. But I’d had my fill over many years: £30 here, £50 there.

Outrageous charges for returning a car to Avis on the Swiss, rather than the French, side of Geneva airport, because we were racing back to my dying mother-in-law.

Admin charges for a car hire company checking that I was the driver who had contravened a zona a traffico limitato (ZTL), those Italian private roads that seem to have been designed to snare unwary foreigners.

(While police fines are one thing, car hire firms charging 30 euros every time they take two minutes to check their records is something else entirely.)

Most outrageous was National/Citer in Geneva, which imposed a 60 euro cleaning bill. Yet no charge had been indicated in the agreement.

When I queried it, I was faxed a copy of the cover sheet to my car hire with a cleaning charge stamped on the front.

Trouble was, I’d kept the original hire agreement — and there was no stamp on it. The shameless operative admitted defeat. 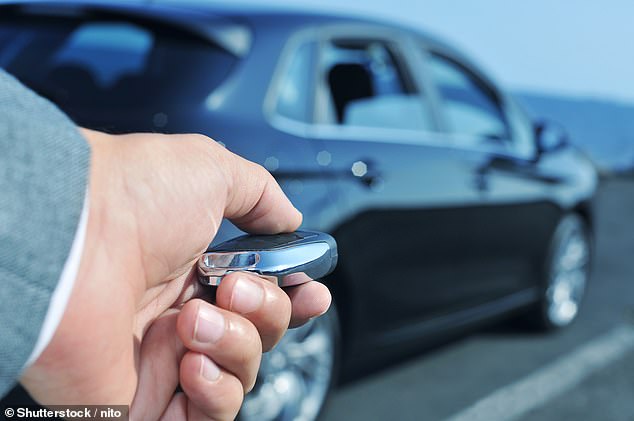 The Holiday Autos brokerage were a  friendly bunch years ago,  but are now part of the appropriately robotic CarTrawler

Then I discovered the ECC (the UK ECC is the UK branch, UKECC.net), an obscure outfit with a remit to allow consumers to pursue gripes with companies from other EU countries.

I was not optimistic, however, as there was no guarantee of legal enforcement if it found in my favour.

Nevertheless, I emailed and, a few days later, got a response from Adam, who asked for more details. The matter was then passed on to the ECC in Spain, which took it up with Goldcar.

It took a while for Goldcar to acknowledge it knew who I was, despite our previous correspondence. It even demanded my passport number.

Nothing happened for weeks, and the email chain went dead. I wondered if it had all been a ploy to steal my personal details. 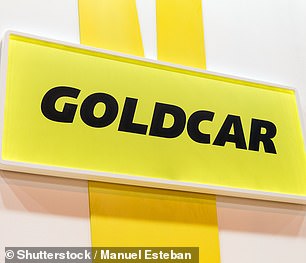 Goldcar eventually agreed to refund Mark ‘as a goodwill gesture’

But then Adam came back and said Goldcar had agreed to refund me ‘as a goodwill gesture’.

I’m afraid the goodwill ship has sailed, towards Goldcar at least, but I do feel a bit warmer towards the EU.

What leverage the UK ECC has over firms in Europe remains a mystery, but the refund did indeed arrive (though why it chose to give me £61.50 is as mysterious as everything else).

UK ECC service director Andy Allen says that, while it has no legal power over companies, it perhaps gets results because the firms it deals with might not have been aware of consumer rights or language and cultural barriers that may have been an issue.

He adds: ‘Sometimes, the trader just needs that extra little push to do the right thing.’ The organisation dealt with more than 15,000 cases last year, from car hire to holiday club complaints.

My advice to all car renters as we approach the summer season is: keep all your documentation, don’t pay for extras at the desk and bookmark UKECC.net.

Mr Allen says the UK Government has committed to funding the UK ECC for at least a year after we leave the EU — and EU law will still apply to the UK after Brexit anyway. So it could do you good for a long time to come.