When Carmel Rider switched her energy supplier in October last year, she noticed the savings almost immediately. Her new provider was also offering a £25 Amazon voucher to customers and whoever they convinced to sign up.

With hundreds of Facebook friends at her fingertips Carmel, a housing officer, started posting messages inviting people to sign up to Pure Planet.

Carmel says: ‘I asked my friends if they were interested in cheaper gas and electricity and told them to get in touch. I then gave them my referral code.  I had four people sign up straight away, giving me £100 to spend at Amazon. All of them saved between £350 and £450 on their annual bills.’

In the past year, Carmel, 43, has got 14 friends to sign up and received £450 in vouchers for her efforts. She has also saved another £550 on her energy bills. The mother-of-two is not alone in her social media approach. Twitter is littered with posts from energy customers trying to entice strangers into using their codes.

On Twitter one user says: ‘Just switched to Bulb. Farewell to the Big Six & hello green energy. If you want to switch, please use my referral link — we’ll both get £50 credit!’

Another wrote: ‘Need an Octopus refer a friend/referral code? Save money! Cheaper energy bills! Here’s my referral so you can get £50 credit when you join.’

One person has even set up a dedicated website offering his referral link to people who want to switch to his supplier.

Both he and the new customer get £50 credit. But as an extra bonus he is offering another £25 out of his share — so new customers get £75 in total.

Finding the best energy deal has never been so tricky. With 253 tariffs to choose from and suppliers going bust left, right and centre, the energy market has become an obstacle course. Prices also change daily and differ by postcode.

It means that soaring numbers of people are turning to their friends for recommendations.

And with a number of suppliers offering referral bonuses to customers when they get others to sign up, you could shave hundreds of pounds off your energy bill each year. 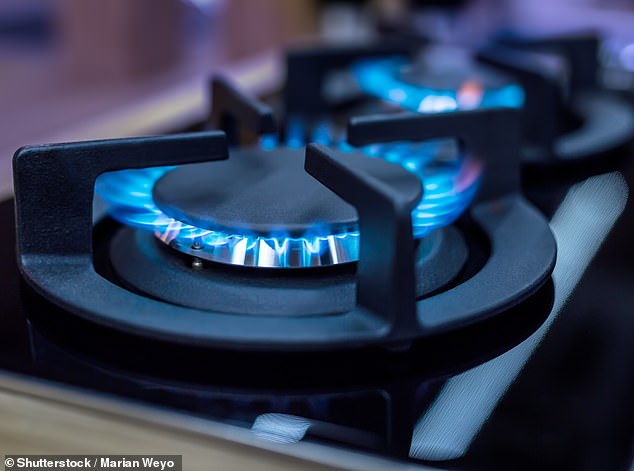 With 253 tariffs to choose from and suppliers going bust left, right and centre, the energy market has become an obstacle course

But what could work out as a significant gain for some could end up more expensive for others, depending on your consumption, the cost of the tariff and where you live.

Carmel initially decided to switch after taking an energy efficiency course at work, and decided she wanted a greener deal.

Using a comparison site she discovered she could save £550 a year on energy for the four-bedroom home she shares with husband John, 47, and daughters Laura, 21, and Emily, nine, in Rhyl, North Wales, by ditching energy giant EDF and switching to Pure Planet, an app-based firm.

Here’s how to do it

In the first month of switching, Carmel says she saved £55. And six months later her account was £280 in credit, which was swiftly refunded.

Pure Planet offers existing customers and every person they sign up a £50 Amazon voucher. This was recently increased from £25.

Carmel says she posts on Facebook every month, and still gets friends coming to her looking to switch. Since signposting her Facebook contacts to her energy supplier, Carmel has seen some of her friends doing the same.

There are 21 suppliers offering referral incentives, from vouchers to credit, according to comparison site energyhelpline.

Ovo will give a £75 M&S, John Lewis or Amazon gift card to both you and your friend who signs up.

Green Network Energy and Together Energy will credit your account and your friend’s with £30 if you get them to switch.

With Utilita you will get £30 off your bill, and whoever you refer gets a £30 Amazon voucher.

Bristol Energy gives £20 to you, £20 to your friend and a donation to its Good Fuel fund, which helps homes in poverty.

But experts warn households not to rely on the referrals to cover their energy bills and to shop around to see if they are getting the best deal.

For example, Utilita’s one tariff costs around £1,176 a year, based on average usage, according to energyhelpline. The cheapest tariff on the market is £846 from Outfox The Market — £330 less.

So you would have to get more than ten friends to sign up to Utilita to bring your bill down and beat the cost of the best deal, knowing that your friends could also likely find a cheaper energy deal elsewhere.

Rik Smith, from comparison website uSwitch, says: ‘While the idea of earning a bit extra by referring people to sign up may seem attractive, you should never rely on that to pay your energy bill for the year.

‘Check out how the supplier is offering to reward you, too — most of these incentives are in the form of credit against your bill, rather than actual hard cash which you can spend on whatever you want.

‘You’re always better off running a comparison and switching to a deal from a supplier you’re comfortable with — there may be a good tariff on offer from another company, even without having to refer a friend.’