The corporate raider stalking Barclays bank has made himself an estimated £7million in fees since securing support from investors, according to an analysis seen by The Mail on Sunday.

Edward Bramson is trying to win a place on Barclays’ board at its annual shareholder meeting on May 2 after building a 5.5 per cent stake in the bank.

He raised the funds for the investment from major institutions such as Aviva, Fidelity and Invesco.

But it has now emerged that Bramson will earn a hefty fee for his work managing Sherborne Investors Guernsey C, the name of the vehicle he set up to buy his Barclays stake.

Bramson earns fees even if he does not secure a board seat at Barclays or execute his turnaround plan.

In an attack on the bank’s management last week, he said the decline in Barclays’ share price was not solely to do with Brexit.

He also warned that Barclays’ commitment to its investment bank was ‘untenable’ and that the bank may need to raise new capital if there was a downturn.

In a letter to shareholders, Sherborne said: ‘We believe the market’s evaluation of Barclays’ shares reflects the growing risks that the corporate and investment bank poses to Barclays’ overall financial position – and that the market does not share the board’s optimism that the hidden merits of its strategy will eventually become apparent.’

The activist investor’s fees are partly tied to how Barclays’ share price performs. Payments will rise further if he secures a seat as an executive director or chairman. 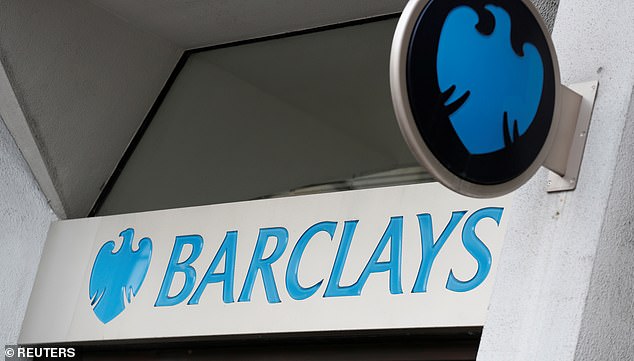 Barclays last week slammed Bramson’s letter. The bank admitted that it was ‘dissatisfied’ with its recent share price performance.

But it said Bramson’s presence on the board would be destabilising. It added: ‘Mr Bramson is not someone the board believes will help either as a board member or as a colleague.

‘We believe his letter demonstrates a preconceived viewpoint and a poor understanding of Barclays and its corporate and investment bank.

‘Mr Bramson misunderstands the drivers of that business and his analysis is based on a flawed understanding of complex banking organisations and reaches conclusions that are inconsistent with the data.’

Bramson is expected to continue his campaign even if he does not win shareholder support in next month’s vote.

The activist investor normally holds an investment for a period of 28 months, so he could earn as much as £12million in fees even if he does not gain a seat on the Barclays’ board. Barclays and Sherborne declined to comment.