MAGGIE PAGANO: The High Street is turning into a tale of two halves with customers chasing either value for money or quality

By Maggie Pagano For The Daily Mail

One of the world’s top trend setters recently came up with the starkest of predictions: big brands will close as customers are tired of wasting money on high fashion and tat.

Dutch soothsayer, Lidewij Edelkoort, who has advised brands from Prada to Zara over the last 40 years, warns that over the next decade many names will go out of business unless they change their ways.

Some High Street bosses would do well to listen to what Edelkoort has to say.

Dutch soothsayer, Lidewij Edelkoort, who has advised brands from Prada to Zara, warns that over the next decade many names will go out of business unless they change their ways

Over the last few decades she has been on the money, spotting most trends from leggings to the blurring of work and leisure to the rise of intense sports and meditation.

Now she sees that people are sick of over consumption, that they desire products that are better-made and ethically sourced.

And no one wants to look the same as each other, wearing the same labels. More tartly, she makes the point that it’s easier to start a new company today rather than scale back, as so many of our High Street chains are having to do.

How right the fashion seer is proving to be. You can see precisely what she means after another crop of retailers reported conflicting results yesterday.

The High Street is turning into a tale of two halves with customers chasing either value for money or quality.

Yet other chains – such as Lidl, known for its heavy discounting and value for money, saw sales rocket and Selfridges, known for its luxury goods – also bucked the trend.

The rise of the discounters is an astonishing story. Aldi and Lidl shared nearly 14 per cent of the grocery market this Christmas, more than three times the amount a decade ago. 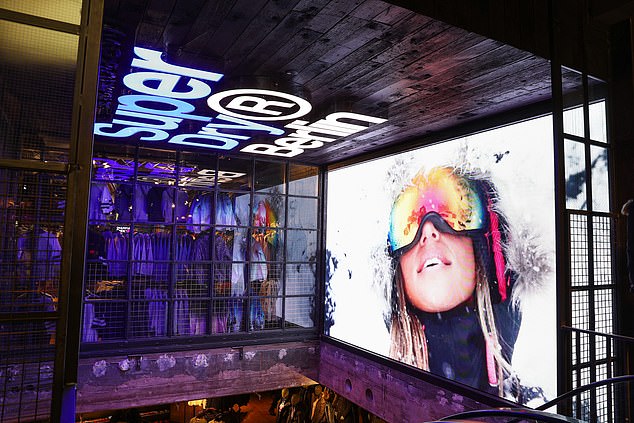 Aldi sold 55million mince pies while Marks & Spencer was left with a glut of unsold ones.

Thrift is turning out to be good business. Oxfam had its best Christmas in eight years with sales up by 7 per cent, explaining the rise because shoppers like the idea of buying second-hand clothes out of a sense of frugality and not only because the products are cheaper.

Consumer taste is also turning to more down to earth foods like pasties and vegan sausage rolls, as seen by the bumper results from Greggs bakery. The Newcastle baker had such a great year that all staff will receive a bonus.

So it’s by no means all doom and gloom on the High Street. Rather a kaleidoscope of contrasting images.

Who would have thought that independent book shops would make a comeback? For the third year running, the number of independent stores has grown and there are now 890.

While the headlines scream that retail sales for the last year fell for the first time in 25 years, total sales only fell by 0.1 per cent but the volume of sales was still higher than two years ago.

What is happening is that customers are shopping with greater care, which is no bad thing. We will have to wait a little longer to see if Edelkoort’s other forecast – that future success will be measured in happiness not dollars – also comes to bear.

Can the crisis around Boeing’s 737 Max get any worse?

The release of internal messages which includes devastating comments from employees about the jet could not be more brutal.

One employee wrote: ‘This airplane is designed by clowns who in turn are supervised by monkeys.’

There also appears to be evidence supporting earlier claims that Boeing stopped pilots being trained on simulators because this would have led to higher prices for customers, thus making its planes less attractive.

If there is a grain of truth in any these allegations, then it is going to take more than the departure of the chief executive to get Boeing off the ground and salvage its reputation.

Investors in Neil Woodford’s former Equity Income fund will have to wait longer to get their money back.

It is interesting that Woodford and his partner did not have to wait long to pick up their £14million dividend, paid to them shortly before the scandal broke.

Before Andrew Bailey heads to the Bank of England, he must ensure the Financial Conduct Authority gets to grips with the fund management industry.