We have held our investments with a big financial services provider since 2012. We’ve had several financial advisers during that time.

After talking to a new ‘restricted’ adviser who offers investments via a large UK bank, I am thinking of moving around half my holdings over to it to see if it is more reliable and professional.

Trialling a rival service: My investing firm won’t let me move half of my funds to competitor

However, now my existing firm says that I cannot do a partial transfer to any other investment platform.

It says the only way they will allow it is if I take it in cash, which will mean losing the Isa wrapper I have built up over the eight years I have been with it.

I was never told of this by the investment firm or any of my previous financial advisers.

I am now being held to ransom and am a prisoner of the old firm. I can transfer the whole amount but I don’t want to do that as I want to spread my investments, and see how the new investments perform and how the service is at the other company.

My brother wants to transfer half of his investments too so is in the same situation.

What is a ‘restricted’ adviser

The adviser will not look at the whole financial market before making recommendations to a client, but only consider certain products and/or providers.

They have to state this clearly upfront and can’t describe themselves as ‘independent’.

Independent financial advisers can recommend any products or providers they think are suited to a client’s needs.

Tanya Jefferies, of This is Money, replies: You are understandably frustrated at being blocked from what you want to do by rules you weren’t aware of beforehand.

In other areas of life, roadtesting the performance of a new firm before switching all your business is a common and sensible thing to do, as long as you aren’t disadvantaged by too much duplicate admin or big extra costs.

And where investments are concerned, you are of course keen to keep your Isa wrapper.

You have shown us the letter you received from your current investment firm explaining its stance on moving half your investments elsewhere.

This says HMRC rules allow investment providers to offer partial Isa transfers but don’t have to, and that there are strict rules because it’s necessary to work out which tax years are involved.

Because your firm does not permit partial transfers, this allows it to hold customers’ investments in one account no matter what year they were made. It adds that its position on this is in its terms and conditions.

We asked a couple of experts about your predicament, and what options might be open to you now.

He says they can be achieved without the need to come out of the market by an ‘in specie transfer’, which involves moving units and reregistering them with a new provider instead of a cash transaction.

A new firm can then switch your old investments across to new ones in-house.

However, this option is closed to you because you want to move investments within an Isa wrapper, and your current company doesn’t differentiate between tax years in your investment account. 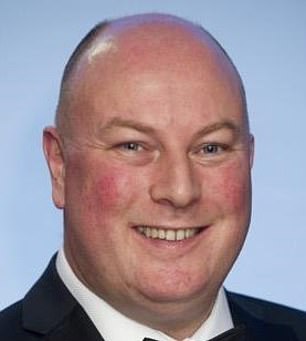 Gary Smith: ‘You might be better off having a clean break, and a fresh start. It could give you peace of mind’

Smith says another issue to take into account is that splitting your investment in half might mean you no longer qualify for the same deal with your current provider in terms of its minimum investment or charges.

You might also not get the best deal available from your new provider either, because you have a smaller portfolio with them.

Smith suggests two ways to test out the new provider you want to use, given that you can’t do a partial transfer.

1. Although the new firm will offer different investments, you can ask what it would put you in at your preferred risk level, and compare their performance with your current portfolio at the same risk level over recent years.

This will only be looking backwards, but it will be useful information.

2. Since you also look after your brother’s investments, you could move your own portfolio in entirety and leave his where it is, then monitor the investment performance and customer service you receive on each account for the next year or 18 months.

But Smith adds that you should consider a full transfer, since you appear to have lost confidence in your current provider.

‘You might be better off having a clean break, and a fresh start. It could give you peace of mind.’

Mark Polson, founder of platform research business The Lang Cat, says: ‘This is a frustrating situation – there’s nothing more annoying than being told you can’t leave a provider in the way that you want to.’

He explains that the rules allow partial Isa transfers for previous tax years, but when it comes to the current year’s Isa contribution you have to move the lot.

Most Isa providers do let clients do this, but they don’t have to offer partial transfers – they can force you to be either in or out if they want, says Polson.

‘They’re not breaching any kind of rule – there is a set of principles called Treating Customers Fairly, of which one is that customers shouldn’t face unreasonable barriers to transferring away, but the fact that regulations don’t force this would suggest that they’re not in breach of this either.’ 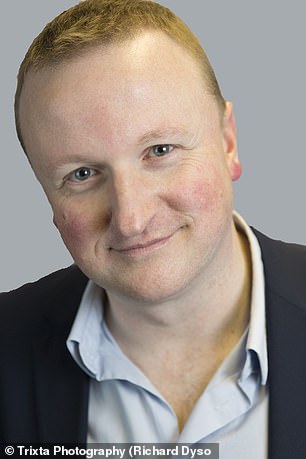 Mark Polson: ‘The old spy adage of never going into a room you don’t know how to get out of holds true when it comes to investment platforms’

Polson says to be fair to firms that don’t offer a partial transfer option, it’s a relatively unusual situation because most clients who want to move prefer to leave entirely.

He joins Smith in suggesting you transfer your own holding and leave your brother’s where it is to see what happens.

‘Have a brotherly contest about who has a better or worse experience.

‘It’s also worth pointing out that most platforms offer a very wide range of investments, so it isn’t the case that one platform will necessarily give a better return – it’s mainly about the investments you choose.’

Polson concludes: ‘It’s hard to see into the future about what you might want, but the old spy adage of never going into a room you don’t know how to get out of holds true when it comes to investment platforms.’

For other readers who think they might want to split their investments between two providers in future, check the terms and conditions of your current deal, or ask what the policy is in advance when signing up with a new company.