Why didn’t Expedia stop the payment going through EIGHT times? Traveller left without almost £20,000 for a week after booking bungle

A holidaymaker was left more than £19,000 out of pocket for a week after Expedia took eight times the amount of funds he was due to be charged from his bank account.

Oliver, from London, was shocked to find that his bank account and overdraft had been completely wiped out after the holiday booking site mistakenly took thousands of pounds without warning.

He had used Expedia on 15 and 16 October last year, attempting to book flights and a hotel in Dubai.

However, each time after he entered the payment details, he received a message saying: ‘There has been an error making the booking, please try again in a minute.’

After leaving it for a while, he entered his payment details again but received the error message said: ‘please start the booking again’.

He tried this a few times further before giving up and decided to call Expedia directly to make the booking, which he did successfully.

It wasn’t until he looked at his bank account that he realised Expedia had pre-authorised and taken a hold of almost £2,500 of his funds eight times over, totaling nearly £20,000.

This left him with no money in his bank account and no overdraft.

Oliver immediately called his bank who said there was nothing it could do and he would have to deal with Expedia directly.

However, the customer services for Expedia also told him there was nothing it could do either and he would instead have to wait 72 hours for the funds to be released.

It offered him an £100 voucher for the inconvenience but Oliver declined, saying that aside from feeling like this was not enough, he never wanted to use the site again. 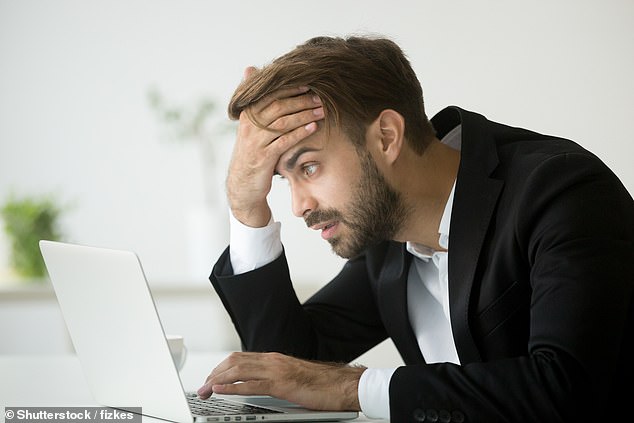 It finally took eight days before the funds were released to him, leaving him incredibly frustrated.

Another offer of a £150 cash was made but Oliver rejected this again as well.

A spokesperson for Expedia said: ‘When processing a booking, Expedia will request the customer’s bank holds the booking amount to ensure the funds are available for payment.

‘In this instance, the booking did not complete successfully so these funds were released automatically but experienced delays in getting to the customer’s account.

‘As a goodwill gesture, Expedia will offer £150 in cash and refund any charges incurred as a result of credit card authorisation.’

Whilst Oliver finally had his money returned, in the time it was out of his account, his rent and other bills could have been set up to come out – both of which have consequences if they are not paid on time.

This means he could have ended up in a bad financial position for a situation that was not his fault.

Adam French, Which? consumer rights expert, said: ‘If you have been accidentally overcharged for a product or service, you should contact the company immediately to make a complaint for it to be refunded.

‘You can also speak to your bank to request a chargeback if you a struggling to contact the firm.

‘While most companies will work to rectify the mistake as soon as possible, you may be entitled to compensation, but only if you can prove financial loss – so keep any pieces of evidence and speak with the company.’

Other Expedia customers have taken to social media to express their frustration at encountering similar events.

Double charge: This Twitter user said that Expedia charged her twice for the same plane ticket

However, Expedia is not the only holiday booking site to charge customers multiple times when they are attempting to book their holidays.

Many of the issues faced by travellers being charged twice seem to stem from online booking systems used.

This was the case with Mr Liu, who This is Money recently reported on. He was charged for the same booking twice – but the site refused to give him a refund for the second booking.

He, too, received an error message but kept attempting to book, resulting in multiple bookings and charges.

Lastminute.com said at the time it had checked the ‘footprints of the bookings’ and couldn’t find any error.

THIS IS MONEY’S FIVE OF THE BEST HOLIDAY MONEY DEALS