S.A. writes: I was looking for investments and came across a company called Beside Asset Management. I did some research, and the company’s website was very inspiring.

In a month I made a small but impressive profit on its automated currency trading platform. Then it asked me to invest in shares, but thankfully my bank flagged up its account as suspicious.

Recently, the firm informed me that my original £10,500 was safe, but when I asked to withdraw it, I was told I had not met its terms and conditions so could not reclaim my funds.

Unhappy: One reader was looking for investments and came across a company called Beside Asset Management but they haven’t been pleased with the service

With a strong and profitable history in the institutional sector, we pride ourselves on providing an institutional level of service and returns to private clients.’

Claiming to have offices in Britain and a range of other countries, BAM adds that it is ‘a fully regulated entity’ that offers ‘honesty and transparency for customers’, backed up by a monthly table of trading profits going back to 2008.

Now for some real honesty and transparency. Its headed notepaper shows its address as Britannia House in Douglas on the Isle of Man. I went there. There was no sign of BAM. Helpful but puzzled staff even contacted the building’s owners to see if they knew the company or anyone connected to it. They didn’t.

And according to Manx government records, no such company is registered on the island, nor has it been licensed by its very efficient financial watchdog.

BAM’s website says it is registered in Delaware, the small state that is the brass plate capital of the US. But enquiries there also drew a blank. The website itself is registered to an address in Arizona, but that turned out to be home to a firm that fronts for people who want to stay in the shadows.

And despite its claims to a profitable history, BAM’s website was set up just last year, with fees paid for only two years of cyberspace life.

What I did find though was that a company with BAM’s name was registered in Malta, and did have a licence there as an investment business. But it surrendered that licence last year and closed down.

A couple of hours after I told you this, your phone rang. It was BAM, claiming that an investment it had made for you had been spectacularly successful and you were sitting on a profit of £84,000. 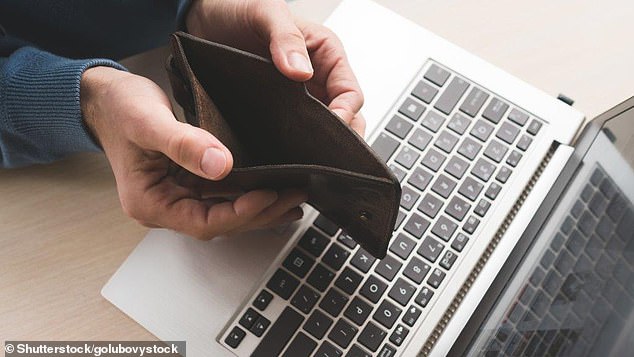 According to Manx government records, no company called BAM is registered on the island

I warned you that the next call would be to demand some sort of legal fees or taxes before the magical – and mythical – £84,000 could be released. And sure enough, BAM’s next call told you it wanted a percentage up front.

BAM uses phone numbers that appear to be based in London, Aberdeen and Douglas. I called them all. Every one played a taped message or refused to accept incoming calls. With ‘spoofing’ software, the numbers could, of course, be operated from anywhere in the world.

Your £84,000 never existed, and the £10,500 you invested is gone. But there is some good news in that the scam has been accepted by the police for investigation. Another victim, who lives in Plymouth, contacted Devon and Cornwall Police.

Detective Constable Morgan Emery told me: ‘We are investigating a number of complaints that have been received regarding the activities of Beside Asset Management.’

And she added: ‘We are now looking at a number of cases in connection with this matter, as well as Beside Asset Management, and we believe this could have affected a number of people across the UK.

‘Enquiries are ongoing and we are keeping an open mind as to the possible scale of this investigation.’

I know that you will not part with another penny if BAM calls again, but police do want to hear from anyone else who has fallen foul of this scam.

Anyone with information, or who has been ripped off by BAM, should call 101 and ask for Devon and Cornwall Police, or email [email protected] quoting log number 296 09/04/19. 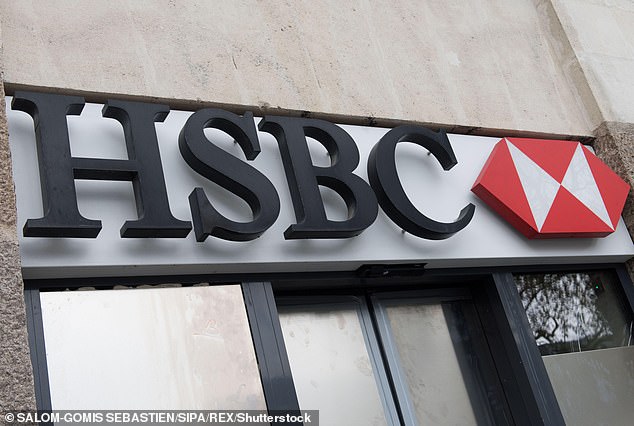 A.B. writes: In August 2017, I received a letter from HSBC, saying it was withdrawing its Safe Keeping service and that I should collect items the bank was holding for a deceased family member for whom I was a personal representative.

I rang HSBC as soon as I received the letter, and was told to go to my local branch, where staff copied the letter and said they would pass it on to the right people. Since then I have called on numerous occasions to be told this would be sorted out, but so far with no result. I hope you can help.

Tony says: HSBC’s letter was clear. It told you it was closing down its Safe Keeping service that stored such things as deed boxes, sealed envelopes and parcels. The bank was holding items for your late mother, and you should collect them within the next 30 days.

HSBC told me: ‘We have reviewed Mr B’s case and found that an administrative error meant correspondence was incorrectly sent informing him he had Safe Keeping items to collect.’

I was told the bank would compensate you for the inconvenience. That was not quite the end of the story though.

What HSBC did not tell me was that you had finally been called and told the Safe Keeping item was a sealed envelope, which you could come and pick up. But when you collected it, you found it belonged to someone who simply shared your mother’s surname and initial, so you gave the envelope back.

HSBC has now put £200 into your account and sent you a gift hamper by way of apology.

If you believe you are the victim of financial wrongdoing, write to Tony Hetherington at Financial Mail, 2 Derry Street, London W8 5TS or email [email protected]. Because of the high volume of enquiries, personal replies cannot be given. Please send only copies of original documents, which we regret cannot be returned.

Investors in Hertfordshire-based Privilege Wealth are facing a total loss after administrators of the troubled company revealed they have received claims for more than £40million, with a further £5.2million to be finalised.

Claimants have been told: ‘Based on current information, it is uncertain whether there will be a dividend to unsecured creditors, as this is dependent on future realisations.’

I warned against Privilege Wealth in 2016 after finding its close links to Brett Jolly, a Southend-on-Sea businessman who was previously behind Anglo Capital Partners, a £1million carbon credits investment scam.

And in 2017, I reported on the shooting in Panama of Nottingham con man Chris Burton, alias Chris Rock, one of the central figures in Privilege Wealth who had earlier run a boiler room share scam based in Marbella, Spain.

Privilege Wealth crashed into administration early last year. Administrators found that millions of pounds had been poured into a payday loans business operated by the Rosebud Sioux Tribe of South Dakota. Outstanding loans total about £19million, but Privilege Wealth is said by the administrators to be likely to recover no more than 4 per cent of this.

Meanwhile, they are still pursuing whistleblower David Marchant, who edits Offshore Alert, an anti-fraud website in Florida. In 2017, Privilege Wealth sued Marchant over comments he made about it.

The case was heard in London, but Marchant refused to defend the action because no offence had been committed under USA freedom of speech laws. This meant the company won in court, and though Marchant was later proved right, the administrators are demanding he pay £80,000 in legal costs. Marchant has politely declined.