Pearson is fighting for its place on the FTSE 100 after a bleak warning about its prospects sent shares tumbling.

More than £411million was wiped off the publisher’s market value yesterday as the company, once a titan of the business world which now sells text books, said profits for 2019 would total around £590million.

This was at the lower end of its September guidance, of £590million to £640million.

More than £411m was wiped off Pearson’s market value yesterday as the company, once a titan of the business world which now sells text books, said profits for 2019 would be around £590m

The rout has left Pearson, formerly owner of publishers Ladybird and Penguin, with a market value of just £4.4billion – right at the bottom of Britain’s blue-chip index.

It is in danger of being relegated to the FTSE 250 when the index provider, FTSE Russell, completes its next reshuffle in March.

Pearson started out as a construction company, founded by Samuel Pearson in Yorkshire in 1844.

It was later passed on to his grandson Weetman, who built up the family business and later took the title Lord Cowdray following a career in politics.

One of Pearson’s construction agents, Ernest Moir, helped build the Blackwall Tunnel under the River Thames.

Since then, the company has owned a stable of famous brands.

From Penguin to French wine 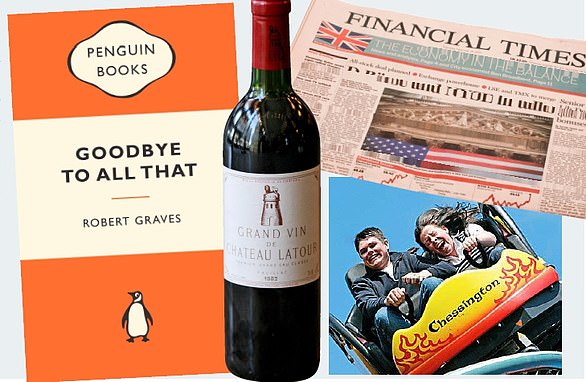 Founded in 1844 as a building and engineering firm, Pearson has been through many forms.

It acquired a major stake in merchant bank Lazard Brothers in 1919, and the construction business closed its doors just a few years later.

It then began to scoop up daily and weekly newspapers, forming the Westminster Press Group which was sold to News Corp in 1996.

In the latter half of the 1900s, it bought the Financial Times, a 50pc stake in The Economist and publisher Longman.

After listing on the stock market in 1969, Pearson snapped up publishers Penguin, Ladybird and Pitman Publishing.

It even dabbled in broadcasting, investing in a number of TV businesses around the world.

It started to sell off assets, such as Lazard in 1999. Over recent years it has sold all of its big-name firms, and now focuses on education.

Marjorie Scardino, boss of Pearson until 2012, said owning the Financial Times could help open doors for Pearson’s education business in countries such as China.

Its sale under the current chief executive, John Fallon, in 2015 has since proved controversial.

Pearson is now languishing in the doldrums, as it struggles to find its feet as an education-focused publisher in an increasingly digital world.

Its unit which provides print and digital textbooks for US higher education course accounts for 24 per cent of revenue, but performance declined by almost 12 per cent in 2019.

In 2020, Pearson expects to make between just £500million and £580million in profit – including the money it made from selling its final 25 per cent stake in Penguin Random House for around £510million.

The company has slimmed down its business enough to be saving £335million per year from the end of 2019, and said revenues in its wider course-ware units and assessment businesses had stabilised.

But Pearson will have to fight to keep up the pace of change as Fallon is retiring this year.

Chief financial officer Coram Williams had been the heir-apparent. But he announced yesterday that he too would be stepping down to take up a role in continental Europe.

He will be succeeded by his deputy Sally Johnson, who has been with the company for almost 20 years.

Russ Mould, investment director at AJ Bell, said: ‘John Fallon and Coram Williams are hardly getting out while the going is still good, but you do wonder whether they are getting out before things get even worse.

This could still happen, even after multiple warnings, a dividend cut and a steady share price decline over time, despite the cost-cuts and efforts to recondition the business for the digital world. The outlook is potentially very difficult for the company.’