Savers looking for monthly pocket money have been dealt a blow by the news one of the nation’s largest building societies will no longer pay monthly interest on its fixed-rate bonds.

A reader who alerted to us to the change described it as ‘another slap in the face for hard pressed savers’.

This is Money contacted the UK’s third-largest building society to ask for the reasons behind the changes, and how many savers are likely to be effective.

It told us: ‘Only a small proportion of our fixed rate customers choose a fixed monthly interest paying product.

‘We’ve taken this opportunity to simplify our product offering by removing this option from our fixed-rate products.’

Fixed-rate savings accounts offering interest paid monthly are popular with older savers happy to lock their money away on a fixed-term basis but receive the monthly interest paid into a separate account.

While Yorkshire does not offer the best rates on the market, offering interest around 0.4 percentage points lower on each of its one, two and three-year accounts than the best rates in This is Money’s tables, the mutual’s size and branch presence and the fact all its bonds can be opened online, in-branch or by post mean it is likely a popular choice among savers.

While the news is likely a blow, luckily there are plenty of options for savers in the hunt for monthly interest payments – although, many of the top deals are only available online or via apps.

Where can savers go next?

Yorkshire added: ‘We’re aware there will be a very small number of customers who may still want a monthly interest product so we launched a fixed monthly income bond/Isa on 21 February.

But again, these are not the best rates on the market. 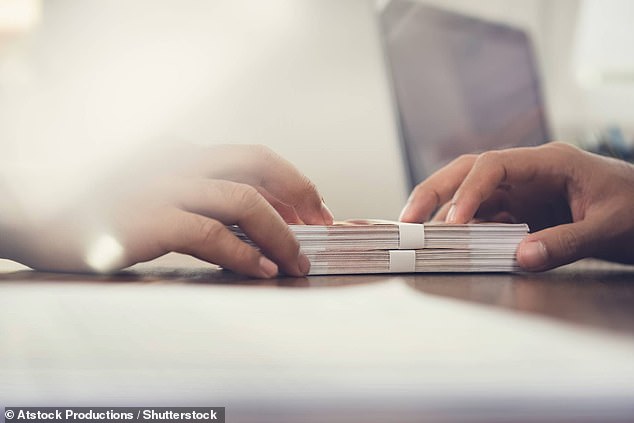 Monthly income accounts can be popular among elderly savers with larger balances, who want a regular handout

In the case of a one-year regular fixed-rate account, the best rate available is offered by Atom Bank, which pays 1.64 per cent monthly interest on deposits of at least £50.

This is also the best available one-year fixed-rate, meaning savers are not disadvantaged by wanting monthly interest payments.

But while this account can only be opened online, Atom is actually a smartphone-based savings bank which means accounts must be opened through its app, which may put off some.

The number of top rate deals available through the post has increased over the last 12 months, and the best postal one-year deal is offered by Charter Savings Bank, which pays 1.54 per cent monthly interest.

However, this account comes with a steeper minimum deposit of £5,000.

Finally the best one-year savings deal paying interest monthly available to open in a branch is from Kent Reliance, and pays 1.49 per cent.

Those branches are almost entirely in Kent, aside from two in West Sussex and one in Southampton, though the account can be opened online or by post too.

It can be opened online or by phone, and subsequently managed online, with a deposit of £500 and accepts transfers from other cash Isas you may hold.

Meanwhile, the best Isa which can be opened by post or in-branch is again offered by Kent Reliance, with a minimum deposit of £1,000. It pays 1.34 per cent interest monthly.

Atom Bank also offers the best two and three-year fixed-rate accounts which pay interest monthly, both paying 1.79 per cent with a minimum deposit of £50.

The best two-year fixed-rate available to open by post or in-branch is again Kent Reliance’s account paying 1.59 per cent.

The best three-year deal available to open in-branch is offered by Metro Bank, which pays monthly interest of 1.54 per cent on minimum deposits of £500 or more.

While Metro Bank has a fairly limited branch presence outside of south east England, though has four in the West Midlands, one in Peterborough, one in Manchester and is in the process of opening branches in Liverpool and Sheffield.

Meanwhile the best three-year postal bond which pays interest monthly is offered by challenger bank Paragon, which pays 1.59 per cent monthly interest on balances of at least £1,000.

When it comes to longer-term tax-free rates, fewer providers pay interest monthly, though these are still some of the best rates around.

Virgin Money pays 1.49 per cent monthly interest on its two-year fixed-rate online Isa, which can be opened with £1 and accepts transfers.

The best online three-year rate is offered by Aldermore, which pays 1.54 per cent a month on balances of £1,000 or more and also accepts transfers.

The best two-year postal Isa rate comes from Kent Reliance, an account which can also be opened online or in-branch, and pays 1.44 per cent a month on balances of £1,000 or more and accepts transfers.

The best three-year postal Isa is offered by Paragon Bank, and pays 1.59 per cent on balances of £1,000 or more. It accepts transfers.

And finally, the best three-year Isa account which pays interest monthly and is available to open in-branch is offered by Newcastle Building Society. It pays 1.39 per cent on balances of £500 or more.

However, as you might expect, it has a limited branch presence concentrated in the north east of England, which means the account will not be for everyone.

THIS IS MONEY’S FIVE OF THE BEST SAVINGS DEALS