It’s not uncommon for our health and fitness New Year resolutions to slowly fizzle out by mid-January.

But that doesn’t mean you can’t still reap the benefits of the booming wellness craze through your personal investment portfolio.

The so-called wellness lifestyle is now so popular in the UK that the industry is worth £20.6 billion, up some 18 per cent since 2015, according to data company Statista.

So how can you get involved?

The so-called wellness lifestyle is now so popular in the UK that the industry is worth £20.6 billion, up some 18 per cent since 2015, according to data company Statista

You are what you eat

Supermarket shelves today are overflowing with food and drink that boast claims such as ‘dairy-free’, ‘plant-based’ and ‘locally sourced’.

French company Danone is the leader in healthy yoghurts, but it is also big in milk alternatives, and owns, among others, dairy alternatives brand Alpro.

Unilever, meanwhile, has focused on making its portfolio of over 400 brands, including Knorr and Hellmann’s, healthier and more environmentally friendly.

Danone has performed best in the past two years, and analysts say now is a good time to buy its stock. But, over five years, Unilever has been the stronger company, despite having a more sedate 2019. 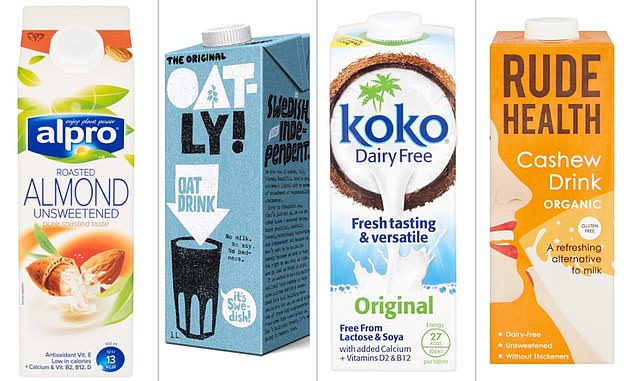 Supermarket shelves today are overflowing with food and drink that boast claims such as ‘dairy-free’, ‘plant-based’ and ‘locally sourced’

As of November, the French food producer was the third-largest holding in the fund.

Liontrust Special Situations holds shares in Unilever that make up 3.7 per cent of its fund. A £10,000 nest egg invested five years ago would now be worth £18,800.

To invest in Greggs, analyst Dzmitry Lipski, of Interactive Investor, recommends ASI UK Smaller Companies fund, which holds just over 2 per cent of its stock. A £10,000 investment made five years ago would now be worth £23,200.

If you’d rather focus on fitness, consider The Gym Group, which provides low-cost memberships.

Alexandra Jackson, fund manager at Rathbone UK Opportunities Fund, which holds 2.27 per cent of shares in The Gym Group, says: ‘The only gyms that are growing in the UK are in the low-cost sector.

‘Customers clearly love the offering. The Gym Group revenues rose 27 per cent in the last period, and earnings were up 43 per cent. It also pays a small but growing dividend.’

Competition is a threat, however, with unlisted Pure Gym — which has champion sprinter Dina Asher-Smith heading its ad campaign — hot on its heels.

Alternatively, you could look to cash in on the boom in smart watches that track movement, log workouts and even measure the quality of your sleep.

Although Fitbit’s catchy brand has become synonymous with fitness trackers, Apple Watch is the market leader. 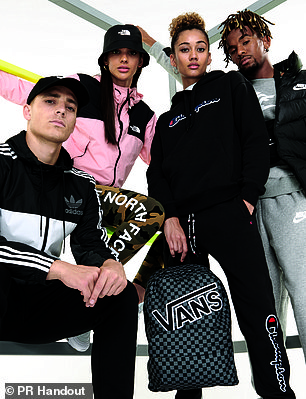 JD Sports enjoyed the best stock market performance in 2019, with a 130 per cent return on its share price

Arlene Ewing, assistant director at financial planning firm Brewin Dolphin, says: ‘Apple’s share price is currently at an all-time high, driven up by sales of its wireless headphones, and continues to dominate the smartwatch market. By comparison, Fitbit has struggled to compete globally.’

She recommends Polar Capital Technology Trust, with Apple stock accounting for 7.5 per cent of its portfolio. A £10,000 nest egg invested five years ago would now be worth £27,600.

You can also look to the rapidly evolving sports clothing industry and upmarket ‘athleisure wear’.

Joe Healey, investment research analyst at The Share Centre, says: ‘I’d recommend looking at some of the more established companies.

Adidas and JD have both returned roughly 440 per cent and 660 per cent over a five-year period, with dividends reinvested, respectively.’

If you want to add Adidas to your portfolio, Jupiter European Fund, which features in The Share Centre’s Platinum 120 fund best buy list, has 6.8 per cent of its portfolio invested in Adidas. A £10,000 investment five years ago would now be worth £19,075.

JD Sports enjoyed the best stock market performance in 2019, with a 130 per cent return on its share price, according to broker A J Bell.

You may prefer to look further afield, to the upmarket U.S,-based lululemon that specialises in yoga and running clothes.

Russ Mould, investment director at AJ Bell, says: ‘Its shares have risen from $45 to $170 in the past five years. After this surge, however, investors might be too late to the party.’