Pension scam victims yesterday gathered outside a Spanish court at the start of a major criminal prosecution of alleged fraudsters accused of fleecing Britons of millions.

After the failure by UK authorities to take action, campaigners launched a private prosecution on the Costa Blanca where many of the rogue schemes operate.

Victims of the now defunct ex-pat-run Continental Wealth Management (CWM) and its associates arrived at the court in Denia where initial hearings were heard in front of a judge.

Battle: Victims including Karen O’Hagan, third from right, and Les Hutchings, fourth from left, at court

They included widow Karen O’Hagan, a former buyer in the City of London, who lost £63,000 of her RBS pension after the death of husband Peter.

She had been told by CWM staff that transferring the money was the only way to protect it for her two young children if she also died.

Les Hutchings, 67, a retired bus driver originally from Blackpool, also lost almost all his £102,000 pension after CWM put it into high-risk investments with hefty fees, despite having requested low-risk investments.

Former government pensions adviser Stephen Ward is one of nine defendants in the case along with ex-model Jody Smart, the former director of CWM, who is accused of living a life of luxury and funding her fashion label through the company.

The defendants are each accused of falsifying commercial documents, disloyal administration and fraud. In the first round of hearings they or their lawyers are expected to be questioned by the prosecution lawyer and by a lawyer acting for the judge.

The case is being brought on behalf of 17 victims of the alleged scam as a representative sample, who between them lost about £2.5 million.

Campaigners bringing the case say the true number of victims is about 750 and the total amount lost over £30 million.

If convicted, the defendants could be ordered to pay back a substantial sum to victims. They could also be jailed.

A Mail investigation has exposed how tens of thousands of workers lost up to £10 billion between them in UK schemes registered with HMRC and the Pensions Regulator.

This official registration led Army veterans, police officers, firefighters, paramedics, care workers and teachers to believe everything was above board — until their money vanished. 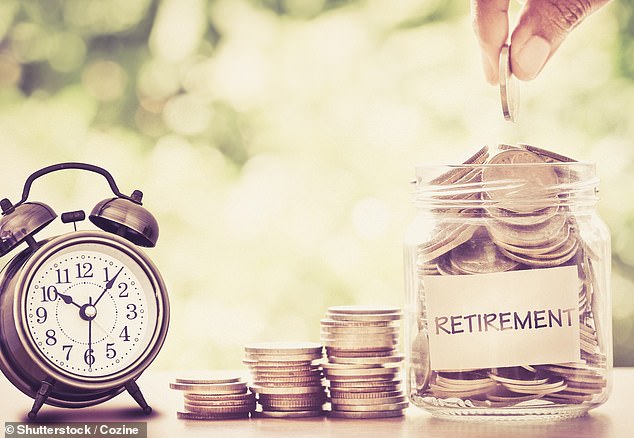 Under the scheme said to be linked to Mr Ward, hundreds of workers thought it was safe to put their nest eggs in foreign retirement funds recommended by CWM. They did this because it was recognised by HMRC and therefore appeared ‘official’.

But the victims allege their money went into high-risk and often toxic investments that paid huge commissions to the British ex-pats running the company and their business associates.

Mr Ward, who lives in a Costa Blanca villa with pool and also has a Florida real estate empire, did not work for CWM.

However, his company, Premier Pension Solutions, is accused of arranging scores of transfers of retirement funds on its behalf.

He was organising many of them around the time he was an adviser on the 2014/15 Taxation of Pensions Bill, having previously been a government expert on other financial matters.

Mr Ward also wrote the Tolley’s Pensions Taxation manual —described as the bible of the pensions industry — for 2015/16 and 2016/17 and contributed to pension textbooks for the Institute of Financial Services.

The Mail revealed last month he was linked to five rogue schemes. The Pensions Regulator described him as ‘reckless’ and showing a ‘lack of integrity’ after more than 90 workers lost £6 million in retirement funds in the London Quantum scheme. 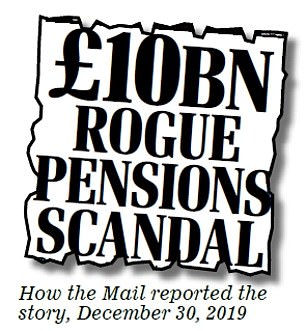 Operating abroad also allows them to cold-call potential customers — a tactic outlawed in the UK this year because of its use by conmen. Rogue financial advisers can also levy huge commissions, also banned here.

Despite many complaints to Action Fraud and police, victims complained about a lack of action by the authorities against those behind rogue schemes.

Lawyer Antonio Bertomeu, who is bringing the CWM case on behalf of victims, said: ‘Unscrupulous people have been able to deceive honest, hard-working people to the point of losing their savings and putting their retirement pension at risk.

‘We hope the Spanish justice system will act quickly and decisively so this does not happen again in Spanish territory.

‘British citizens believed that their pensions were safe, because behind all these movements there were authorisations from the British authorities.’

Campaigner Angie Brooks, who has brought the case, said many victims of other scams were expected to come to Spain to support the prosecution.

She said: ‘The Denia Criminal Court has given hundreds of victims of Continental Wealth Management hope there will be justice. ‘We have lead complainants who have put their hearts and souls into representing the interests of many other victims.’

Miss Smart has previously denied ever dealing with clients or having anything to do with the running of CWM other than promoting it in the Spanish media.

Mr Ward and Ms Smart, who are due to appear in court in April, did not respond to requests for comment.