Santander is slashing the benefits of its flagship current account in a move that could deprive millions of customers of as much as £100 a year.

The Spanish bank, which has almost four million current account holders, will cut the rate on its 123 account from 1.5 per cent to 1 per cent in May, and cap its unlimited cashback offer to just £15 a month.

At the same time, it has become the latest bank to announce it will be hiking its overdraft rate to 39.9 per cent from April.

Star treatment: Ant and Dec helped sell the Santander brand on TV – now savers say the Spanish bank has let them down with a rate cut on its 123 account

The move comes as big banks are scaling back their current account rewards — a string of its rivals have also recently cut interest rates and cashback deals.

When Santander launched the 123 account in 2012, it quickly became one of the most popular accounts on the market, offering a decent interest rate on large balances and up to 3 per cent cashback on household bills.

It was recommended as a best-buy and advertised on TV by Olympic athlete Jessica Ennis-Hill, and more recently TV presenters Ant and Dec.

Experts last night accused Santander of exercising a ‘calculated and cynical’ plan, taking advantage of customers who are unlikely to change banks.

James Daley, founder of campaign group Fairer Finance, says: ‘Santander’s 123 account was one of the best-value and most innovative accounts on the market when it launched eight years ago.

‘But, over the past few years, Santander has slowly whittled away at the account’s value — raising fees, cutting interest rates, and now capping rewards. It’s hard not to see it as a calculated cynical plan.

‘Current account customers are well known to be reluctant switchers — and very few of those who were brought in by the attractive features of the 123 account will move their business elsewhere.’

The move is the latest in a line of cuts suffered by current account customers elsewhere.

Last November, Nationwide stopped paying interest on its FlexPlus packaged bank account. Previously, it paid 3 per cent on balances up to £2,500.

In July, TSB cut the rate of its Classic Plus account from 5 per cent to 3 per cent on balances up to £1,500. This reduced the maximum annual interest customers could earn from £75 to £45.

NatWest is scrapping its 2 per cent cashback on household bills from February. Instead, the bank will now pay Reward Account customers £1 a month if they log on to their account via its mobile app, and a further £4 a month if they set up two direct debits, so capped at £5 when it was previously unlimited. It also costs £2 a month.

Over the years, Santander has chipped away at its current account perks. In January 2016, it increased its £2 monthly fee to £5, leaving up to a third of customers paying more in fees than they received back from the bank each year.

And, in November that year, it halved its rate from 3 per cent to 1.5 per cent. The difference in returns was substantial. Customers with a £20,000 balance went from earning £540 a year to £240, after account fees.

But, from May, 123 customers and those with Santander’s Select and Private current accounts will also see rates reduced from 1.5 per cent to 1 per cent on deposits of up £20,000.

A 123 account holder with a balance of £2,500 will earn £25 a year under the new cuts (and this doesn’t take into account the monthly charge).

Nationwide’s FlexDirect pays 5 per cent on balances of £2,500 for one year

Starling Bank currently charges as little as 15 per cent. From April, it will charge 15 per cent, 25 per cent or 35 per cent, depending on your credit score

Santander is also capping cashback for 123 account holders at £5 in three categories, so they can earn a maximum of £15 a month.

Currently, customers can earn 1 per cent on council tax and water bills plus Santander mortgage payments. So someone with a monthly £150 council tax bill would get £1.50 back from the bank.

Santander’s 123 Lite account offers the same cashback as the standard 123 but for a £1 charge per month — rather than £5. This makes it the best cashback deal on the market.

And you could stash excess cash in an easy access savings account. Goldman Sachs’ Marcus account pays 1.35 per cent, so a £20,000 balance would earn £270, and there are no fees.

Santander is also the latest bank to announce a hike in overdraft charges ahead of new regulations coming in April.

The bank says customers with an overdraft of less than £1,065 will pay less than they do now — around six out of seven customers.

However, because of the previous tiered system, some people could end up paying more, depending on how much they borrow and how long for.

Susan Allen, head of retail banking at Santander, says: ‘While we have had to make some difficult decisions, our current account range remains very competitive.

‘Our 123 accounts provide a range of benefits that we know our customers value and our goal is to ensure these accounts remain sustainable for the future.’

Santander adds it will provide details of alternative accounts for the small number of customers who will no longer earn enough interest and cashback to cover the monthly fee.

They didn’t even tell us rates were being cut, say savers

By FIONA PARKER FOR THE DAILY MAIL 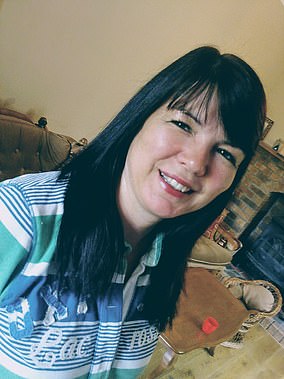 Feeling betrayed: Lynn Rogers believes the Santander has let her parents down

Santander 123 account customers reacted with fury yesterday when they learned of the rate cuts to the flagship account.

Some accused the bank of betraying customers, while others asked why the bank had not written to account holders before announcing the changes in the Press.

And they questioned how the bank could continue charging the same monthly fees when the rewards had been cut so drastically.

Peter Barlow, 78, has had two Santander 123 accounts since the bank launched them in March 2012.

He is set to lose around £200 a year as a result of the interest rate cut.

The retired architectural technician earns around £50 a month in interest and £3 in cashback on bills.

Peter, who lives with his wife, Agnes, a 78-year-old retired typist, was drawn to the 3 per cent interest rate the account paid in the past.

The father-of-three decided to open two accounts, in order to earn as much interest as possible.

And even after the bank halved the interest it paid from 3 per cent to 1.5 per cent, he was still earning around £25 a month in interest from each account.

But if the account pays him just 1 per cent interest he is set to earn around £16 a month less, or around £280 once fees are deducted.

Peter who lives in Solihull, says: ‘I’m shocked, it feels like the bank is betraying customers by telling the Press about this before writing to us.’

The grandfather-of-four says he will look around to see if there are better-paying current accounts on the market.

He adds: ‘Santander should cut its fees to compensate customers for these changes, but I’m sure it won’t.’ 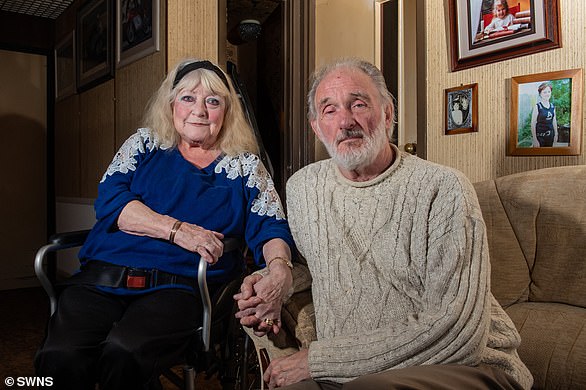 Peter Barlow (pictured with wife Agnes) has had two Santander 123 accounts since the bank launched them in March 2012. He is set to lose around £200 a year

Lynn Rogers believes the Spanish bank has let her parents down.

Lynn, a full-time carer for her parents, helped set up the account after Brian was diagnosed with Alzheimer’s four years ago. Her mum had already been diagnosed with vascular dementia.

Lynn, 57, who lives near Swansea, says: ‘I wanted to do right for my parents and to be able to show my four siblings I was getting as much interest as possible for them.’

When they first opened the account, the pensioners were earning 3 per cent on their balance.

Their daughter was disappointed when Santander cut this in half, but the couple were still earning around £27 a month in interest and cashback before fees were deducted.

The mother-of-four has power of attorney for her parents and says she will close the account if the interest rate is cut again.

Lynn, who lives with her husband Barrie, 50, a builder, says: ‘They have been making money out of my parents for four years and now they are letting loyal customers like them down.’