It has been a rollercoaster ride for investors over the past few weeks as stock markets have felt the financial effects of coronavirus.

But share price swings in response to the outbreak of the disease have also shone a light on some of the companies making incredible strides in healthcare.

Novacyt, an Anglo-French biotechnology company that spent most of 2019 bumping along at around 10p a share, shot up a whopping 1,007 per cent in just three weeks, from 15p at the end of January to its peak at £1.66 last Monday.

Why? It had developed a test for the coronavirus as health authorities scrambled to keep people safe.

However, the firm also provided proof – if it were needed – that investing in this field might not be for those who feel overly queasy about the value of their investments going down.

Novacyt’s share price has since fallen back by almost half – it was down to 64p on Thursday before rallying to £1.05 on Friday.

The good news – both for investors and those who need treatment – is that all across the healthcare sector, huge advances are being made in combating conditions that had previously confounded doctors.

Since the human genome was mapped at the start of the 21st Century, there have been rapid advances in the understanding of the link between illness and human DNA.

This has led to a new generation of drugs being developed that can target specific health issues – with precision.

One example is Trikafta, a triple-combination therapy that was fast-tracked in October by the US Food and Drug Administration, which oversees medicines in America, to treat people with cystic fibrosis.

Similar advances are being made for prostate cancer, Alzheimer’s disease and sickle cell disease.

There are also breakthroughs in immunotherapy, gene therapy and artificial intelligence, and they are all linked to better knowledge of the way our DNA plays a role in our health. 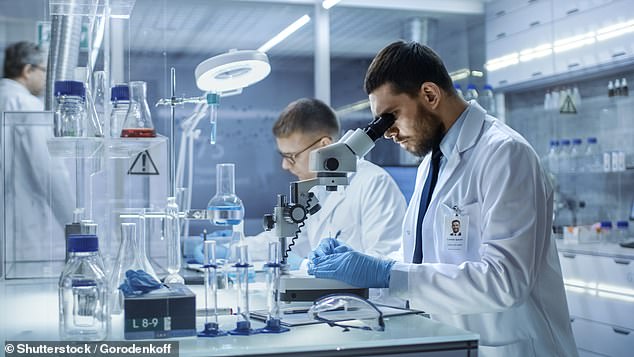 Since human genome was mapped at the start of the 21st Century, there have been rapid advances in the understanding of the link between illness and human DNA

These crucial developments are on top of actions to deal with effects of ageing populations in developed nations – and they present huge investment opportunities.

If you buy shares in a healthcare company – or specifically a biotechnology firm – that is on the verge of a scientific breakthrough, you could be in line for a hefty profit.

Biotech is one of the key words in healthcare at the moment and it simply refers to medical companies that use technology based on biology to create drugs or treatments.

But a word of warning: picking the healthcare winners is easier said than done.

The research and development costs of developing new therapies are significant and these may never come to market if they fall at the clinical trial stage.

‘However, this is undoubtedly an exciting area and returns overall have been truly stunning over the past decade.’

The dozens of failures for every medical breakthrough – and the decades it can take to develop, test and get a successful drug approved – was one of the issues behind the demise of disgraced fund manager Neil Woodford.

He had to shut his flagship Equity Income fund last year after piling savers’ cash into risky punts on start-up tech and biotech firms.

When he needed cash to repay investors in the short term, he found it difficult to sell shares in these small speculative companies and make a profit.

It’s a lesson for all investors, and it’s why financial advisers suggest investing with a specialist fund manager who knows the sector inside out.

Ben Yearsley, of Shore Financial Planning, says: ‘One thing you need, especially with biotech, are fund managers with the technical knowledge and hopefully a clinical background. Many mainstream funds lack the clinical and pharmaceutical knowledge to go hunting in the biotech space.’ 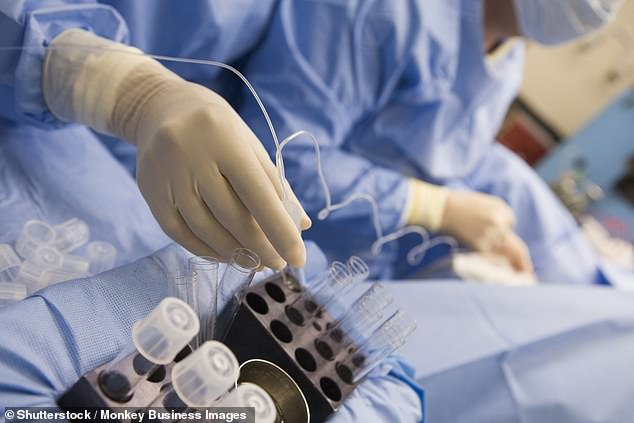 He adds: ‘The thing about biotech is you need a basket of investments: you will clearly make the most money by picking a biotech company that makes a wonder drug, but realistically, what are the chances of that happening?’

As well as having an expert pick the stocks for you, putting your money in a fund or investment trust means spreading your risk across numerous different potential winners. Some will ultimately fail, but you can hope the manager will get enough right to offset the duds.

Often, the managers will also put a portion of your money into better-known companies, such as British pharmaceutical giants AstraZeneca and GlaxoSmithKline. With their large health portfolios, these are seen as safer bets.

But the truth is that even so-called expert fund managers can fall foul in this tricky sector, where the value of companies can dramatically rise and fall virtually overnight over issues such as the emergence of cheap copies of drugs or political interference on pricing – such as is currently being debated in the US.

Hargreaves Lansdown analyst Emma Wall says anyone planning to invest in a healthcare fund should do so only after they have a carefully balanced portfolio for their Isa or pension.

‘It might turn out that you already have exposure to the large healthcare companies, such as Roche, AstraZeneca, GlaxoSmithKline and Pfizer, if you have a UK, European or US fund, so it’s worth checking,’ she says. One fund popular with several investment advisers surveyed by Wealth last week is the Worldwide Healthcare Trust, managed by specialist US-based boutique OrbiMed Advisors.

It mainly invests in American firms – the US is the largest healthcare market in the world – but it also scours the globe for biotech, pharmaceutical and medical devices companies with the greatest potential.

Its top holdings include US firm Merck & Co, whose shares have risen about 40 per cent over the past five years. Key to this growth has been the launch of the cancer wonder drug, Keytruda, also known as pembrolizumab.

This is not a form of chemotherapy or radiation therapy, but it works with the immune system to help fight specific types of cancer, including those of the head and neck, lung cancer, melanoma and lymphoma. Last year Merck & Co sold $11 billion worth of the drug, up 55 per cent on the previous 12 months.

The Worldwide Healthcare Trust also puts more than £8 of every £100 invested into the Japanese multinational Takeda, which is the largest drugs company in Asia. The fund has turned £1,000 into £1,890 over the past five years, compared with the sector average of £1,690.

Teodor Dilov, fund analyst at Interactive Investor, is a fan and says: ‘The trust boasts a solid performance track record and risk is spread through global exposure and diversification across different healthcare sub-sectors.’

The Worldwide Healthcare Trust is also a pick of AJ Bell’s Ryan Hughes, who adds: ‘The trust is managing £1.5billion for savers, giving it significant scale, while manager OrbiMed focuses solely on healthcare, providing huge insight and knowledge into this specialist area.’

Another benefit of investing in healthcare is that no matter what’s happening in the world economy, people will always need lifesaving drugs and treatments. Dilov says: ‘This can cushion investors should there be a market downturn.’

Shore Financial’s Yearsley recommends Biotech Growth Trust, which invests purely in shares and securities in the fast-growing biotech industry around the world.

It focuses mainly on small and mid-sized companies.

Its top holding is Vertex Pharmaceuticals, the company behind Trikafta. This accounts for more than £11 of every £100 in the fund. Savers who invested £1,000 in the fund five years ago would now have £1,363.

Axa Framlington Biotech is also worth looking at, says Yearsley. This fund invests in shares of listed companies, principally in the biotechnology, genomic and medical research industry.

Among its top picks are American medicine giants Amgen and Biogen. It has turned £1,000 into £1,301 over the past five years.

‘The fund is now a backer of earlier-stage, unquoted life science businesses – many of which it has helped to found – and donates to the Institute of Cancer Research and other charities.’

Around 72 per cent of Syncona is now invested in life science companies, with the rest in other healthcare funds and cash.

If you want to invest in the healthcare sector without relying on individual stock picks by a fund manager, you could opt for the Xtrackers MSCI World Health Care exchange-traded fund.

This is a tracker fund that blindly follows a range of global healthcare stocks. Large holdings include well-known companies such as Johnson & Johnson and drugs giants Pfizer and Novartis, as well as exposure to lesser known biotechnology and life sciences companies.