The firm charged with overseeing the dismantling of funds once run by the disgraced fund manager Neil Woodford – Link Fund Solutions – managed to salvage this beleaguered £250million fund and put it into the hands of Aberdeen Standard Investments (ASI) at the end of last year.

It was fortunate that this smaller more income-focused fund could be saved, given that its ill-fated £3billion big brother, Woodford Equity Income, was considered beyond repair, with its assets being sold off and investors facing large losses.

Like its big brother the Income Focus Fund shut up shop in October – meaning investors could not move their money in or out.

But that was to give time for two new fund managers, Thomas Moore and Charles Luke, to do some major surgery on the ailing portfolio.

Moore and Luke wasted no time in offloading almost all domestically-focused smaller stocks favoured by Woodford.

Instead, they have backed bigger businesses with more international appeal. The top ten holdings are unrecognisable from the fund they inherited.

No longer a one-man show, the two managers are injecting a more questioning approach to stock selection.

Moore says: ‘We feel it is essential that we should each constantly challenge each other – and not make any decisions without agreement. 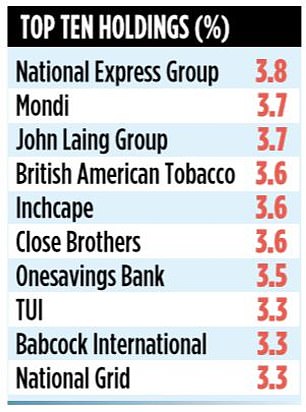 There is a 16-strong team of analysts behind us so we are scrutinised and not isolated when picking stocks.’

It is a marked difference to Neil Woodford’s overconfidence in his own risky stock picks.

They are now focused on a ‘high conviction’ portfolio of about 30 holdings.

Their aim is to beat the return of the FTSE All-Share Index by investing in predominantly mid-sized firms.

Moore says: ‘We are not interested in blue-sky thinking outfits that may end up as a passing fad – but look at those with a solid track record where we feel there is room for strong dividend yields and potential for increased growth that may be global.’

Top of their holdings is National Express Group at just under 4 per cent of their portfolio.

Another major chunk of assets is put into infrastructure firm John Laing Group.

Moore says: ‘Both these companies have reinvented themselves in recent years as innovative international players.

For example, John Laing is now involved in major overseas projects, such as building railway systems in Australia.’

But this new beginning – and rebranding – comes at a cost. The fund value fell by almost 7 per cent in January – compared to a FTSE All-Share Index fall of just over 3 per cent – as the new management sold off unwanted assets inherited from Woodford.

But this is still a step in the right direction for a fund that under hapless Woodford lost investors about a quarter of their money since launch in April 2017.

Since the floodgates were reopened on February 13, about £3million has been taken out.

To encourage investors to give them a chance, the managers are waiving management fees until the end of May.

Moore and Luke each offer 21 years of fund management experience and are widely viewed as a safe pair of hands within the industry – if not necessarily in possession of a magic Midas touch.

But steadiness may be seen as a major asset for investors unnerved by the Woodford debacle. 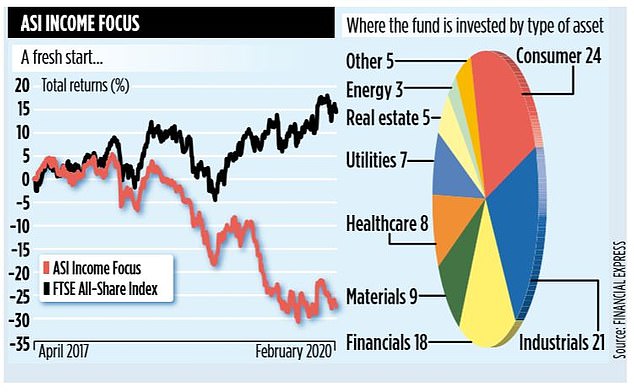