Former West Ham star Tony Cottee says fans believe he must have earned millions every year because he was a footballer. But even though he once netted a five-figure sum in less than five seconds for scoring his tenth goal of the season for Leicester, he tells how he fell on hard times after he retired.

Now 54, he is a pundit for Sky Sports Soccer Saturday show.

To appreciate it. Both my parents are from working class families in the East End of London. My dad got a job as an insurance broker in the City in London, then he started up his own insurance business in Romford, Essex, where I grew up. He ended up employing my mum, my brother and my sister – everyone in the family except for me.

It was drilled into me from a young age that when you leave school, you go to work, you don’t go on the dole or bum around. Money wasn’t tight, but I wouldn’t say we were a rich family. Coming out of the East End with not a lot, my dad liked to spend his money, but he made sure we always lived within our means.

Former West Ham star Tony Cottee says his first job was a paper round. He went on to earn £400,000 a year whilst playing for West Ham

What was the first paid work you ever did?

A paper round when I was 12. I think I got paid £1 a week. I wanted to earn a bit of extra pocket money so I could afford to go to the away games of my team, West Ham.

I would not say I have ever been hard up in the way some people are in the world. But when I left school at 15 and first started as an apprentice at West Ham, my wages were £20 a week. I spent a lot of that getting buses to training because I was too young to drive. The days were long and it was tough learning to manage my money and be self-sufficient at that young age.

Nowadays, even 12 or 13 year-olds have money thrown at them by football clubs. Personally, I think struggling a little financially was good for me. It taught me to appreciate the value of money and that helped me later in life.

There was one game towards the end of my career in 2000 when I played for Leicester. I was on a ten-goal bonus, so if I scored over ten Premier League goals in the season, I got a substantial amount. Scoring that tenth goal took about three or four seconds. It was only when I got home that I realised that one touch of the ball had netted me a five-figure sum.

Also, when I went to Everton in 1988 as a then-record £2.05 million transfer, I was given a nice signing-on fee which was spread over the five years of my contract. At the start of every season, the money would come into my account, and I’d think: ‘Wow, I earned that for playing football.’

I felt very lucky. But the amount was nowhere near as much as footballers get nowadays. People think that because I worked in football, I earned millions of pounds a year. I didn’t.

What was the best year of your financial life?

That seemed like an absolute fortune to me. When I was 18, I was on £110 a week – and I scored 19 goals that season. If a young player did that nowadays, they’d easily be earning £60,000 or £70,000 a week the next year –which puts the changes in footballers’ wages over the years in perspective.

How did your fortunes change after you retired?

I retired because I was 36 and couldn’t run around anymore. I went from earning £5,000 a week, plus bonuses, to suddenly earning absolutely nothing at all. But I carried on living the lifestyle I’d been used to. So, of course, five years down the line, money was really tight.

I had three children in a private school and not a lot of money in the bank, relative to what I’d had before. I ended up getting divorced and there were a lot of money issues and problems I had to clear up as a result of that as well. I don’t expect sympathy, but it was a difficult time for me. I found it tough.

The most expensive thing you bought for fun?

A TVR 400SE white convertible sports car for £40,000 when I was 23. I thought I looked the absolute business, driving around in that car. But I nearly killed myself in it and the fan belt came off twice. I sold it a year later for about £25,000. 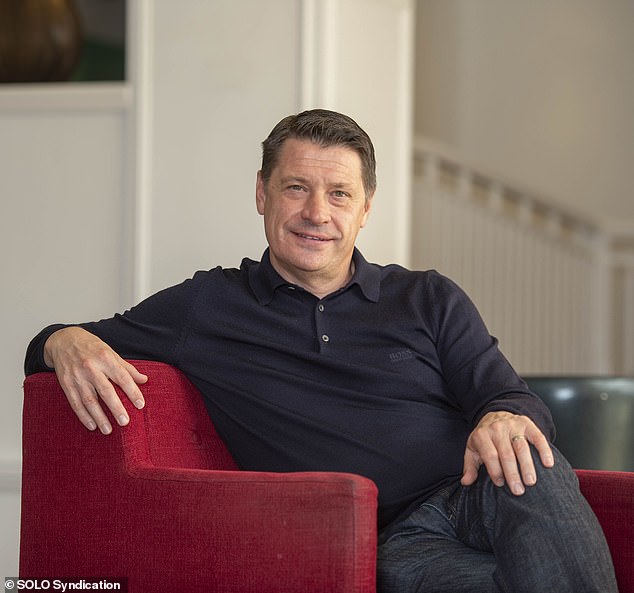 What is your biggest money mistake?

Over the years I was playing football I invested regularly in my pension. But when I was getting divorced I couldn’t access it. I was in a very vulnerable position, going through a lot of personal grief, and I thought I had nothing to lose. So I trusted a guy I shouldn’t have with £150,000 of my pension pot. I lost all that money and he’s since been put in prison. I’m still hopeful I might get some compensation one day, but it’s an ongoing legal case.

Do you save into a pension or invest in shares?

Yes. For ten years after my divorce, I didn’t have any spare money to put into a pension or invest in the stock market. But now I put a small amount into my pension each year.

Do you own any property?

I remarried, and my wife Karen and I bought a four-bedroom detached house on a quiet cul-de-sac in Southend, Essex, about five years ago. We’ve spent a substantial amount renovating it, so I think it’s definitely gone up in value. I’d rather not say how much it’s worth but I would say it’s nothing spectacular. It’s not a £3million house with a Ferrari on the drive!

What little luxury do you treat yourself to?

A nice holiday. I love travelling to places where I can relax on the beach. We’re going to Barbados and Dubai this year.

I’d invest more money in the infrastructure of this country. I don’t think we’ve got enough schools or modern hospitals and where I live the roads are dreadful.

What is your number one financial priority?

To clear my six-figure mortgage and build up a savings nest egg. My aim over the next five to ten years is to be mortgage-free, so I can look forward to my retirement.