I have an American style Electrolux fridge-freezer, that cost £1,600 when I purchased it, with an LCD screen on the front which is what apparently makes the whole fridge operate.

The door was damaged in an accident five months ago meaning neither the fridge nor the freezer has worked since.

I made a claim with Legal and General at the time, in September 2019, and it is now February 2020 and we still don’t have a working fridge-freezer.

It was especially hard over the Christmas period. The problem is I have had no contact from Legal and General unless I call them first but no progress seems to be made.

To this day, I don’t know why it is taking so long or what is happening. Please can you help?

Grace Gausden, This is Money, replies: Having no fridge-freezer for nearly half a year is certainly a difficult situation to find yourself in.

You thought that as you were covered by your insurer, Legal and General, under your home and contents policy, it would be a quick fix.

You first contacted it last September as soon as the problem was identified but since then you have had faced problems.

There are multiple different parties dealing with your claim, none of whom seem to be able to give you any solid answers as to what is happening, which has made the situation even more complicated.

Initially, Direct Validation Services, visited your home in November to assess the situation and said they would need certain parts to fix the device but since then there has been no progress.

Unfortunately, you have never been given a date as to when you can expect the repair to be completed and have found that you are constantly chasing Legal and General for answers. 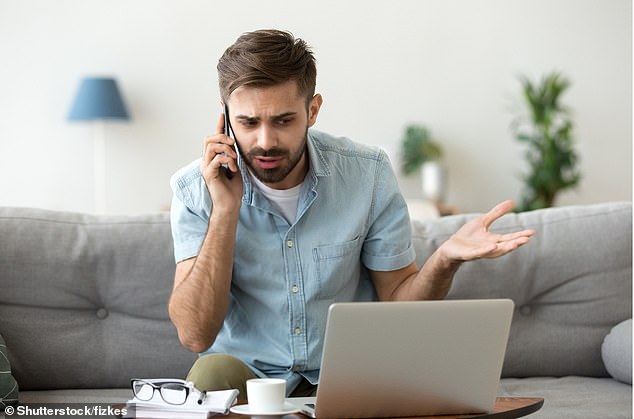 After calling the complaints department in December, the insurer sent you a cheque for £100 as compensation, rather than simply addressing the problem at hand.

You say you weren’t very impressed by this gesture as your excess was £100 and you had already paid it, meaning the amount offered didn’t feel like compensation at all – rather just a refund of the excess.

The Financial Ombudsman, unfortunately, also agreed with Legal and General and said it believed £100 was a fair payment for a bad service.

This is despite the fact no further efforts had been made to repair your fridge-freezer.

When you pushed Legal and General to answer why no progress had been made, it passed the buck back to DVS, which it said assesses and validates claims on its behalf.

It claimed it was still waiting on information from them before it could go any further.

Although DVS had visited your home two months after the accident, when it collected your £100 excess, you had not heard anything further from them after this had taken place.

Whenever you have managed to get through to anyone at Legal and General, the only information you received is that the mechanics who would be fixing your fridge-freezer did not have the correct parts to be able to do so.

Therefore, This is Money got in contact with Legal and General to find out what the hold up is. 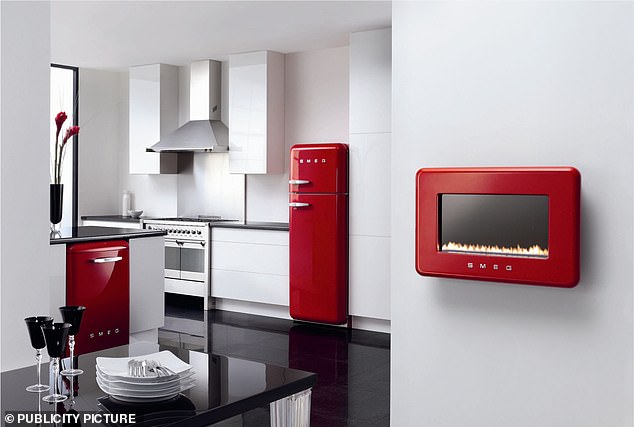 You say your fridge-freezer is similar to that of an american style Smeg model, pictured above

A spokesperson for Legal and General replies: This claim was for a damaged fridge-freezer and the claim was accepted at the point of notification.

We appointed our electronics specialists, who in turn arranged for their repair team to liaise with the reader to repair the fridge-freezer, as he had initially preferred.

Regrettably, we then experienced repeated failures of a third party supplier to obtain a correct replacement part and this resulted in delays in reaching a satisfactory resolution for our customer.

At each stage, we had reason to believe the claim was on the verge of being finalised, though we acknowledge in hindsight the total amount of time he was left without a functioning unit was not acceptable.

We realise this has had an impact on the reader, particularly over the Christmas period, and we have been in regular communication to keep him updated as to the status of the claim and next steps.

We have refunded the excess payment made and we have now made a payment to allow him to replace the fridge/freezer.

We have also agreed a compensation payment for the poor experience, which he has accepted.

Grace Gausden, This is Money, adds: You have now been offered a cash settlement to replace your fridge-freezer as well as £200 for compensation for the way it has been dealt with.

Whilst you are satisfied with this response, you are still unimpressed that it has taken so long to resolve.

If any readers are in a similar situation, where they feel their insurer is not taking their claim seriously, or not assisting them quickly enough, there are steps you can take.

Firstly, contact your insurer to see if you can resolve this with them as this will be the easiest and the most stress free way of reaching a conclusion.

If you are unhappy with its response, it will likely have a complaints department you can contact.

Give your reasons as to why you are not pleased with the service, attaching evidence of any letters you have sent or correspondence you have had with your insurance firm.

After you have gone through this process and are still not happy, you can take your complaint to the Financial Ombudsman Service.

This can take a number of weeks but the final decision given at the end of this investigation is binding on your insurer which means they have to stick to the terms of the decision made by the Ombudsman.