I have a full pension sharing order over my ex-husband’s Self-Invested Personal Pension.

I have sent all the required paperwork to get it transferred over to my name, made very easy as I also have a Sipp with the same provider.

The firm has now informed me:

1. I cannot get a valuation of the fund before transfer;

Divorce settlement: Could my ex-husband sabotage a pension before he hands it over to me? (Stock image)

3. It is totally up to my ex to take up to four months to sell the stocks and shares or deal on the account;

5. If after four months he does not sell then the firm will, again with no valuation or choice;

6. The firm will not inform me if he has already withdrawn funds from the account or is dealing on the account.

What is to stop my ex-husband converting everything to useless shares that are falling in value?

During the whole process I have not had a clue if he has withdrawn anything from it in the past, what the value is today and when it will be transferred to me.

He can decide (and probably will) to sell by phone when the portfolio is at its lowest and I have no say.

I cannot understand how the court can award me something and then leave it to the other party to decide when and how I receive it.

Surely this is wrong as I will potentially lose four months’ pension as well as potentially thousands of pounds loss in share value and dealing charges as it’s not in his interest to sell at the best price.

Why with a pension sharing order, Decree Absolute and consent order can I not have him frozen out from touching the pension let alone making decisions on it?

This is a flaw in the system for pension transfers for divorce and the only loser is the recipient who is left totally in the dark.

Tanya Jefferies, of This is Money, replies: You have a pension sharing order, which are made to divide retirement savings as part of a financial settlement in a divorce.

They are agreed on a ‘clean break’ basis, so that ex-spouses walk away with pensions that they control themselves from then onwards.

We often get questions from readers who want or are in the process of getting pension sharing orders, but not about the finer detail of how they are implemented.

Below, a barrister experienced in this area of the law explains how they are meant to work, what might be happening in your case, and if there is any action you can take.

Rhys Taylor is a barrister specialising in matrimonial finance claims who practises from chambers in Cardiff and London.

He is also the co-author of Pensions on Divorce: A Practitioner’s Guide. 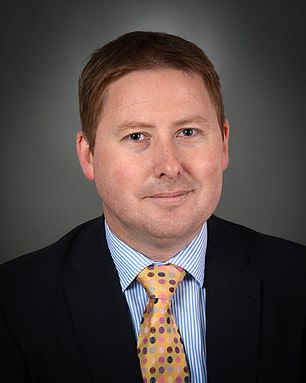 Rhys Taylor: ‘If the trustees refuse to cooperate with you and the matter becomes drawn out, you can complain to the Pensions Ombudsman’

He replies: You ask about the likely operation of a pension sharing order, against your former husband’s Sipp.

As you say it is a ‘full’ pension sharing order, I assume you mean you have been awarded a 100 per cent pension credit over his Sipp, because he has other pensions which will provide for his own retirement.

A pension sharing order is a curious beast.

It is an order to do justice between parties to a divorce or dissolution of a civil partnership, but the order is directed against and is binding on a third party, namely the pension ‘trustee’.

By trustee, throughout this response, I mean any pension company or arrangement which holds regulated pension funds – in this case, that will be your ex-husband’s Sipp provider.

If you were legally represented at the time the pension sharing order was made, a reasonably competent lawyer should have extracted from your former husband a solemn promise to the court – lawyers call them undertakings – that he would not deal in any way with the pension, pending its implementation by the trustee.

This would have dealt with many of the problems you are asking about.

I fear that there is little you can do in the absence of such an undertaking.

You must simply wait for your order to be implemented, if you have not negotiated a device to stop your former husband dealing with the pension.

However, what follows will hopefully shed some light on your situation, and whether there is any action you can take now regarding this Sipp.

How do pension sharing orders work?

Rhys Taylor is a member of the Pension Advisory Group of top lawyers, which has published a guide to dividing pensions fairly in a divorce. Read more here.

There are two important days to be aware of – ‘transfer day’ and ‘valuation day’.

This day is whichever is the later of 28 days after the making of the court order, which is comprised of a 21 day appeal period plus seven days, or the making of a decree absolute in the actual divorce.

Prior to the transfer day, if a pension member against whom a pension sharing order has been made were to die, then there is no effective order which can be implemented.

For this reason, many parties delay applying for a decree absolute until the expiration of 28 days after the making of the court order.

This means that if there is an unexpected death of the pension member spouse before 28 days, the person with the benefit of the pension sharing order will still be a spouse.

They may therefore have automatic death in service or dependant rights under the pension by virtue of being a spouse, or enhanced rights in a claim under the Inheritance (Provision for Family and Dependants) Act 1975.

On the transfer day, the pension claimant becomes entitled to their share.

However, after all the necessary paperwork has been served on the pension trustee, and any other requirements such as fees have been paid, the trustee has a further four months in which to implement the pension share.

Valuation day is when the pension benefits that existed immediately prior to the transfer day are valued.

This occurs at some point during the implementation period, and the timing is at the discretion of the pension trustee – so not your ex-husband, if that is one of your concerns.

If the trustee requires longer than four months to make a valuation for a legitimate and allowable reason, then it should make an application to the Pension Regulator. This is rare.

The scheme trustee will implement the pension share, and the person with the benefit of a pension share receives their share of the value on the valuation day, by reference to a percentage of the pension ordered by the court. In your case, it sounds as if this is 100 per cent.

Typically the valuation will be of the benefits that existed immediately before the 28 days after the making of the order are up (unless there has been a delay in applying for the decree absolute).

However, the benefits will be valued as at the valuation day at some point during the implementation period.

This means that there is a period of uncertainty as to what the pension share will actually end up being as it depends upon a number of factors, particularly the timing of the valuation day.

What does this mean for you?

If your lawyer got an undertaking from your ex-husband that he would not deal with the pension, then he should not have done so.

But if your former husband took funds out of the pension between the date of the court order and the transfer day, then that money has now gone.

Subject to the size of the withdrawal you may have some remedies to go back to court to seek to have the order varied or set aside, as a result of this loss. 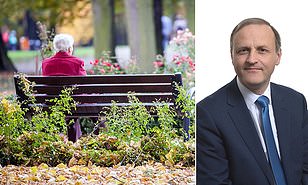 If your former husband removed funds after the transfer day, then the trustees have a problem on their hands and you can take it up with them.

This is because you are entitled on the valuation day to a share of the pension valued on what was in it immediately before the transfer day.

In this case it would be for the trustees to recover the money from your husband, assuming it is a 100 per cent pension share.

What information can you seek from the pension trustee?

This is more complex. The pension trustee will owe you fiduciary obligations, as the recipient of what is known as the pension credit, between the transfer day and valuation day.

Their fiduciary obligations may require them to put you in the picture, but as you are now legally entitled to the benefits awarded to you by the court, then they should not allow your ex-husband to do anything to thwart the intention of the order.

If they fail to do so you may have cause to complain to the Pensions Ombudsman.

Pension schemes normally have formal, written down processes for dealing with such matters, and you should ask the scheme for an explanation of its own process, particularly around when they deem to be the valuation day.

If the trustees refuse to cooperate with you and the matter becomes drawn out, you can complain to the Pensions Ombudsman or you are also able to apply back to court under what is called the ‘liberty to apply’ provision.

This allows the court to manage the manner in which any financial settlement is being conducted.

What does the Pensions Ombudsman do?

The Pensions Ombudsman handles complaints about maladministration in work and personal pension schemes, writes This is Money.

That includes complaints about financial advice received about a pension, and about the administration of personal pension schemes.

A leaflet explaining how to decide where to take a complaint is here. But the two Ombudsman services automatically swap cases between them if someone goes to the wrong body.