It is hardly surprising, therefore, that the price of living in such an environment is expensive – even for the business district it is housed in.

It means that the cheapest space costs more each month to rent than an average person earns in the same time frame.

Rents at 10 George Street in London’s Canary Wharf begin at £2,123 a month for a studio

The average salary was £585 a week last year, according to the Office for National Statistics, the equivalent of £30,420 a year or take-home pay after tax of £2,018.

MailOnline Property was given an exclusive tour of a studio at the development, which covers an area of 458 square feet, marginally bigger than the size of a London Underground tube carriage.

The building is called 10 George Street, and it is the first so-called Build to Rent development in Canary Wharf, where the flats were built for renting only.

It has a total of 327 flats to rent, with 41 tenants moving in this month.

The studios range in size from 445 sq ft to 570 sq ft – but the leasing company Vertus has not made all the studios available and so refused to provide all of the prices for each size.

MailOnline Property stepped inside one of the studio spaces, which follows a circular route around a central pillar housing a cupboard utility area.

It begins with a modern galley kitchen that opens onto a seated area with a TV on the wall and floor to ceiling windows with views stretching across London.

This leads to the bedroom space, where there is a doorway to a separate bathroom.

The interiors are furnished by Camerich and tenants can choose their preferred colour of furnishings, including sofas, dining tables, beds, lamps and bedside tables. 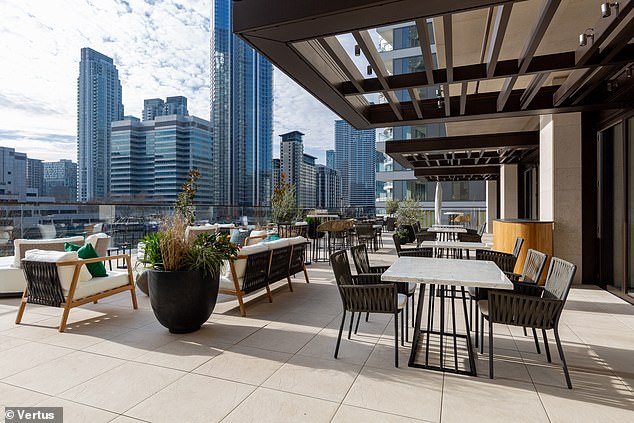 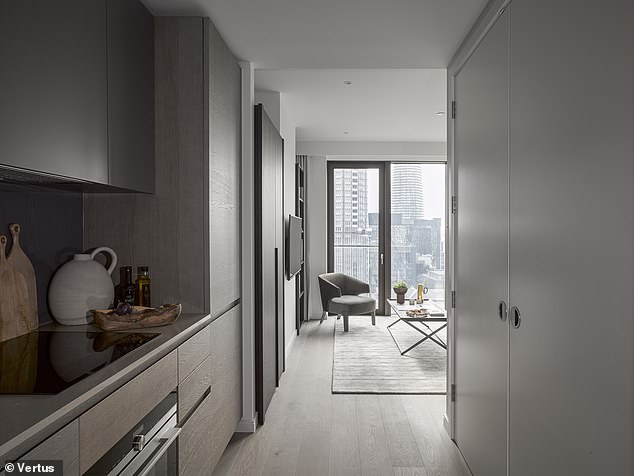 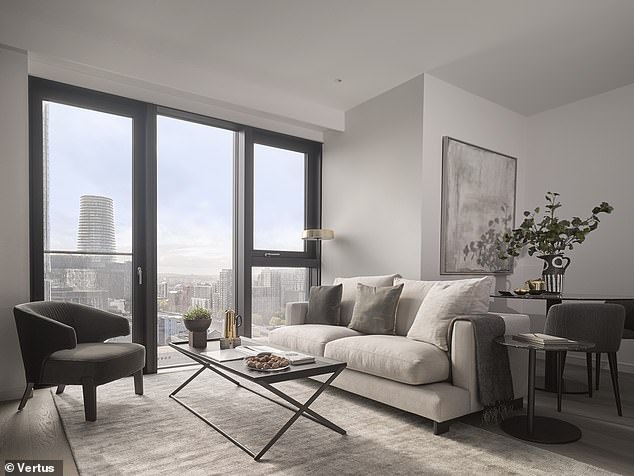 The intercom allows tenants to message the concierge and let guests in and out of the building.

Alastair Mullens, head of Vertus, said: ‘The studios are the most popular rentals because of the layout and it allows people to rent a smaller apartment with the ability to use the amenities space downstairs to entertain their family and friends.

‘For example, the private dining area is a party space for our residents to use, it is open at any time but you can book it out for private events.’

Tenants have various deposit options to choose from, including paying a five week deposit in advance. Alternatively, they can choose a ‘zero’ deposit scheme. Need an entertainment space? The outside areas can be booked for private parties

Canary Wharf is a business district where salaries tend to be higher than elsewhere in the country,

The average two-bedroom rent is £2,300 in Canary Wharf and £900 for Britain, according to property website Zoopla.

This data is based on the area defined as Canary Wharf covering the wards of Canary Wharf, Blackwall & Cubitt Town, Limehouse and Island Gardens.

The rental homes at 10 George Street aim to attract tenants who may be willing to pay more for a home with amenities such as a concierge and private dining rooms. 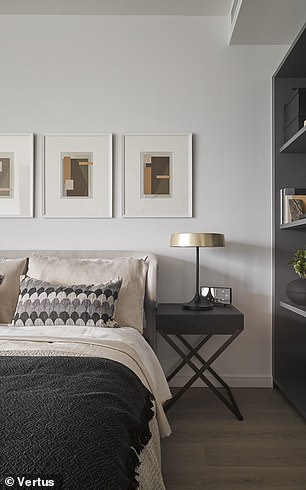 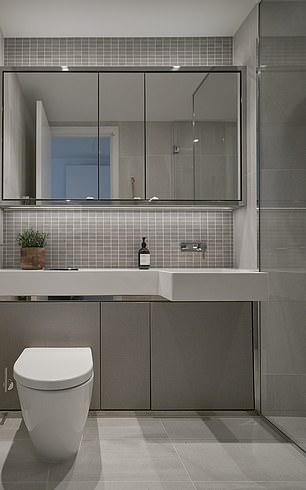 Tenants have a choice of furniture, including beds and bedside tables 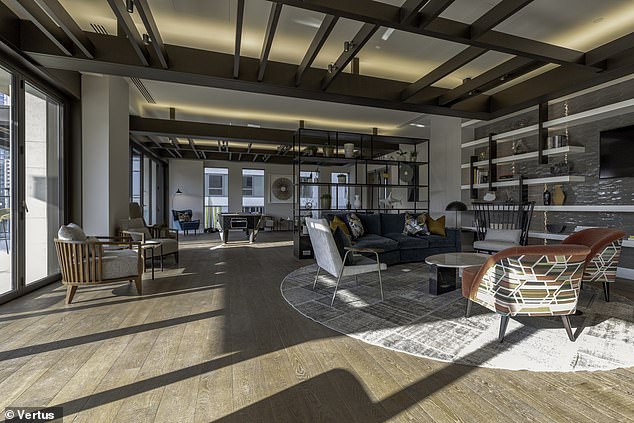 The extensive communal areas include seating areas and a games area 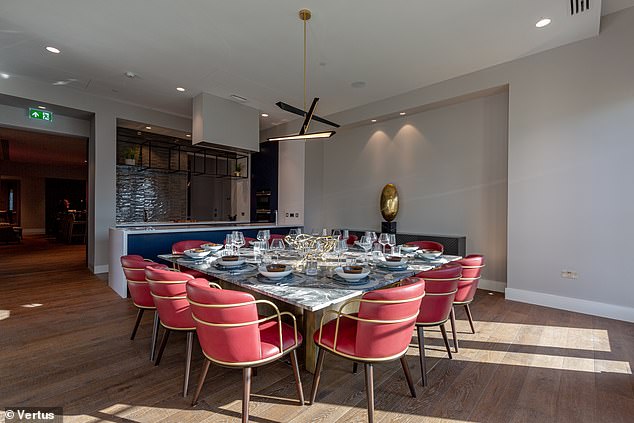 There is a separate dining area with a kitchen, which can be hired out for private functions 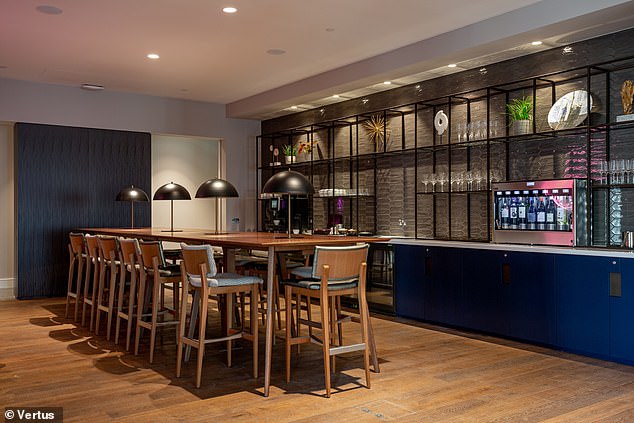 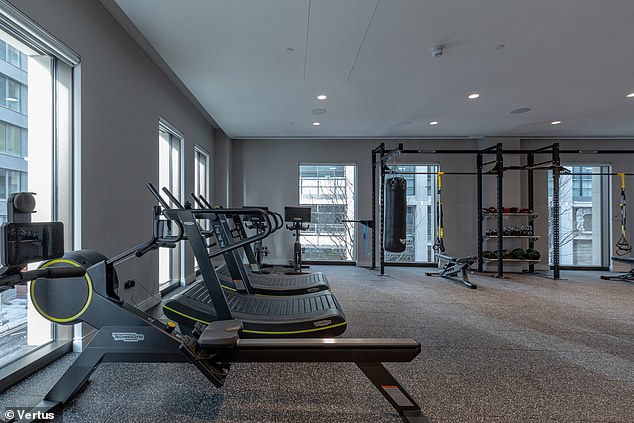