Ms L.F. writes: To supplement my pension, I decided to rent out my late mother’s house. I chose Howards Estate Agents to find a suitable tenant in full time employment, but it later became apparent they were not and defaulted on the rent.

Howards used a separate firm called Letsure to make checks, and it had accepted a single email as proof of the tenant’s employment. He had breached two suspended prison sentences, was convicted of drug offences, and was under a three-month curfew when he and his partner moved in.

However, the Property Ombudsman says Howards has no responsibility for Letsure, and Letsure will not communicate with me as its contract is with Howards. Tenancy references in these circumstances are meaningless.

Our reader had issues with a tenant, who claimed to be working as a pest controller

Your complaints against Howards, and the Ombudsman’s enquiries, went on for a long time, but the crucial period is in the summer of 2014 when you were looking for tenants for the property near Norwich, in Norfolk.

Howards asked the Letsure checking agency to look into the would-be tenants, and Letsure recommended their acceptance. The couple were not on any public record such as the electoral register at their existing address, but they explained they were staying with friends.

The crucial information from Letsure was that the man was in full time work as a pest controller, earning £35,000 a year. This was odd. You see, almost three months earlier, in June 2014, the same man was arrested at his then home when police found he was growing cannabis plants under heat lamps in his garage.

When he appeared in court, he turned up in a wheelchair. His defence was that he had a chronic medical condition, was disabled, and that he grew cannabis for medicinal use. He escaped a prison sentence, despite previous convictions.

So while he was presenting himself as disabled to the police and court in Hull, he was also claiming to be a full time pest controller with a care home company 165 miles away in Hertfordshire. The care home company that emailed confirmation has since closed down so cannot be questioned.

The court appearance in the wheelchair was several weeks after Letsure wrote its approving report, so Letsure can hardly be blamed for failing to predict it.

If I found all this, why didn’t Letsure?

It told me: ‘At the time of the reference in 2014, Letsure provided set information on the prospective tenants. We have completed a full and independent investigation into the reference process undertaken for this particular tenancy; we have found this to be compliant with the contracted delivery service.’

This appears to mean that Letsure carried out a tick-box check, and none of the boxes obliged it to see whether the tenant was lying or had a lengthy criminal record.

Oh, and the ‘full and independent investigation’? That was carried out by Letsure itself.

Howards repeated that ‘all procedures relating to referencing were followed correctly’, and so did the Property Ombudsman who decided it was not reasonable to expect Letsure to go further than accepting the employer’s email at face value, even though you suspect it came from a friend of the tenants.

In fact, Howards went further, telling me all was well until 2017, when the tenants stopped paying rent. Howards say this was because of delays in carrying out certain repairs, and because you wanted a rent increase. You have denied this, and it was Howards themselves who suggested an increase, the first in three years.

Despite this unpleasant hint from Howards that you were a bad property owner, a senior figure at Spicerhaart Group – the company behind Howards – wrote: ‘I sympathise with you and the situation you find yourself in, because it is through no fault of your own. It is because of the tenant’s actions and behaviour.’

Howards declined to answer some questions on the grounds that the relevant staff member had left, and it kept no written records of whatever advice they might have given. They denounced some of the information you gave me as mere hearsay, because of the absence of their own records.

There is no happy ending to all this. I understand the tenants have left, leaving you heavily out of pocket. You relied on Howards to find good tenants. They relied on Letsure to vet them. But you, the customer, have been the loser.

Switch from Barclays – and you won’t starve

Ms T.F. writes: I opened my bank account with Barclays 15 years ago. I told the bank I was self employed, and that I would get large sums from the taxman as refunds for my clients. I would then deduct my fee and transfer the balance to the client. The bank told me I did not need a separate business account, and this was great for 15 years until suddenly my debit card stopped working while I was out shopping. Barclays had frozen my account. 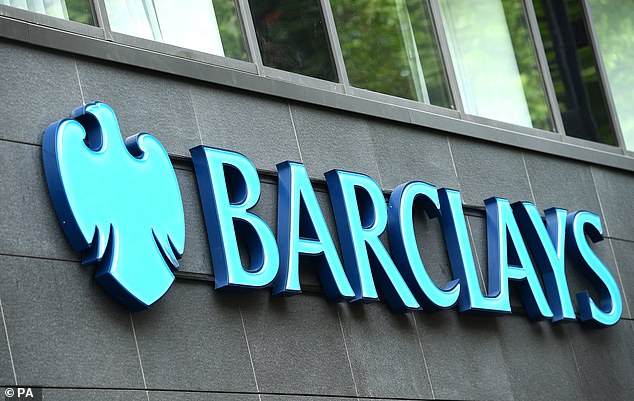 You prepare business accounts for sole traders, and at the moment Barclays froze your account it held £8,000, of which half was tax refunds that you were to pass on to clients. The bank told you your branch had discretion to let you draw benefits and wages to live on, but as you are self employed, you had neither of these so you were left without cash for you and your son to live on.

Barclays told you its investigations would taken ten days, but even after this, your account was still frozen. Every time you called the bank, you were told an email would be sent to the official who froze your account, but repeated promises to call you back were broken. Finally, after three weeks without money, you broke down and cried over the phone. This time, the bank did ring you back. The speaker said he had ‘pressed a button and sorted it’. Your account was open again, but with no explanation.

The bank told me: ‘Barclays is complying with its legal and regulatory obligations. Due to the nature of these obligations, we are unable to share any further information.’ This is the standard answer banks give when they freeze an account because they suspect their customer is laundering the proceeds of crime. You are guilty until proven innocent. And yes, it is all legal. I believe Barclays has advised you to open a separate account for your business. I would add, open a separate account at a different bank. Then if one is frozen, you and your son will not starve.

If you believe you are the victim of financial wrongdoing, write to Tony Hetherington at Financial Mail, 2 Derry Street, London W8 5TS or email [email protected]

Because of the high volume of enquiries, personal replies cannot be given. Please send only copies of original documents, which we regret cannot be returned.

No mistake, your accident cover has been dropped

J.C. writes: I have been told by Saga that it is dropping my personal accident insurance policy. I have paid premiums for ten years and Saga is abandoning me. It was a policy covering up to age 90, and I am 81. Do you think the policy is being withdrawn because I am now a greater risk?

It would be ironic if Saga, of all organisations, were to withdraw insurance because of your advancing years. But this is not what has happened. Saga’s accidental death policy is – or was – a stand-alone scheme which customers could cancel without penalty.

Saga told me: ‘Following a strategic business review, we decided we could not longer afford accidental death benefit as a stand-alone policy and that we would close this product line for all customers.’ Staff at Saga say they know this will disappoint you, but they assure me this is no reflection on you or your age.