Inflation SOARS to 1.8% – its highest level in six months – driven by an increase in petrol prices while energy bill and flights remain expensive at the start of 2020

The Consumer Price Index increased by a higher than expected 0.5 per cent, from 1.3 per cent to 1.8 per cent, according to the Office for National Statistics (ONS).

It is the highest inflation has been for six months and means that prices for a basket of goods that average UK households buy has increased faster than expected.

The CPI is measured against January last year, when the cost of flying was falling, and the government’s energy price cap had just come into effect, putting downward pressure on household bills.

‘The rise in inflation is largely the result of higher prices at the pump and airfares falling by less than a year ago,’ said Mike Hardie, the ONS’s head of inflation.

‘In addition, gas and electricity prices were unchanged this month, but fell this time last year due to the introduction of the energy price cap.’ 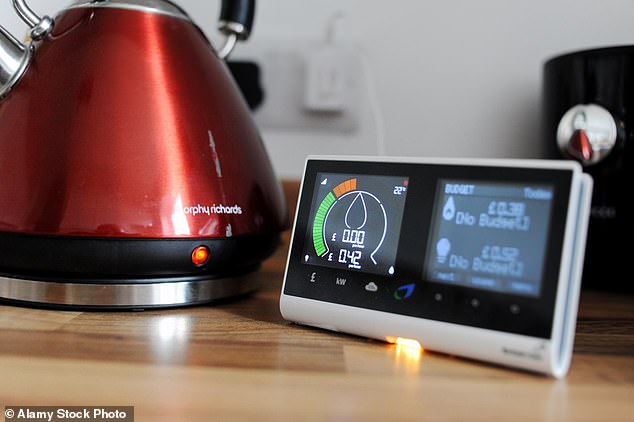 Energy regulator Ofgem introduced the first cap on energy bills on January 1 last year, promising savings for many customers. The introduction meant that the average household on a default energy tariff could be charged no more than £1,137 per year for their gas and electricity.

However, Ofgem faced criticism just over a month later as it announced that the cap would be raised in April by £117 to £1,254, wiping out all of the promised savings. The cap is reviewed every six months.

The ONS showed that the price of electricity had increased by 8.6 per cent compared to 12 months ago.

The news may be seen as vindication for the Bank of England committee that decided to keep the bank’s rate flat earlier this year. Analysts had speculated that the bank might slash rates after inflation dipped to 1.3 per cent in December, from 1.5 per went in both October and November.

CPI was also 1.8 per cent in January last year.

The price of communication products and services increased by 4.2 per cent compared to 12 months earlier. Meanwhile, the cost of oils and fats dipped 11.2 per cent while the cost of fuels and lubricants for transport rose by 4.7 per cent, and book prices rose 6.1 per cent.

‘Successive Conservative governments have repeatedly blamed anyone but themselves for an under-performing economy.

‘It’s time for this chaotic government to take responsibility for these failings, and to reverse the decade of decline the Tories have brought to this economy.’