Small investors in Sirius Minerals are compiling a dossier to hand to the City watchdog over fears they were misled when they bought shares in the troubled miner.

Around 85,000 people are facing heavy losses after backing the company, which is building a huge fertiliser mine in Yorkshire.

Sirius is weeks away from a crucial vote on whether to approve a takeover by mining giant Anglo American which would see investors given just 5.5p per share.

That would end in huge losses for small ‘retail’ investors who bought shares at up to 44p – decimating their pension pots and life savings.

The Anglo deal, which values Sirius at £405million, now looks like the only option to stop the firm going into administration or liquidation.

But the FTSE 100 company’s offer has been branded ‘derisory’ by angry Sirius shareholders.

The pressure group ShareSoc has taken up the case on behalf of 1,000 Sirius investors and last week launched an investigation into how they were persuaded to invest.

The Mail on Sunday understands that some claim to have invested after watching YouTube interviews with Sirius chief executive Chris Fraser.

In one clip from 2012, he reportedly said the value of the potash deposit in his firm’s mine near Whitby was ‘significant’.

Others are said to have received a bulletin on Sirius from Hargreaves Lansdown, which represents a large number of the 78,000 retail shareholders who hold Sirius shares through third-party stockbrokers.

Chris Spencer-Phillips of ShareSoc said: ‘If the investigation shows hard evidence the stock was oversold, we’ll ask the Financial Conduct Authority to investigate. We’re seeking to establish whether the board of Sirius was in breach of any FCA rules on investment promotions.’ 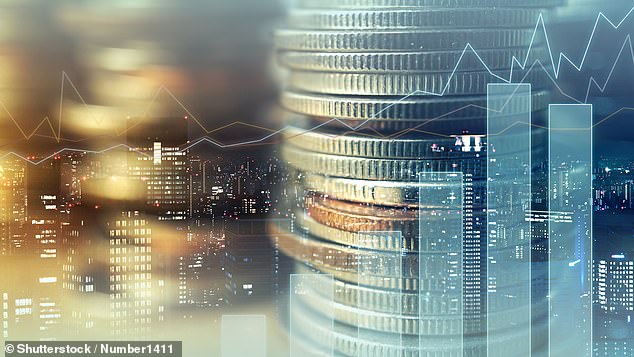 Around 85,000 people are facing heavy losses after backing the company, which is building a huge fertiliser mine in Yorkshire

Sirius’s 85,000 individual investors own about half of the company. One shareholder, Ian Martignetti, a barrister, said it is ‘very unusual’ for a FTSE company to have such a high proportion of retail investors.

They include around 11,000 from Yorkshire. Locals saw the mine as a ‘godsend’, said Martignetti, with many investing in the hope of lucrative returns.

Pub landlord Mark Leppington, who will lose £108,000 on his investment in Sirius if the takeover goes through, said the Anglo deal ‘stinks’.

‘It will create a lot of bad feeling in the area,’ he added.

Sirius has spent more than $1billion on developing its plan to mine polyhalite, a form of potash fertiliser, from its Woodsmith Mine and transport it via a 23-mile tunnel to Teesside for processing.

It needs another $3.1billion (£2.4billion) to reach production, but ran into trouble last September when it failed to secure funding and the Government refused to provide loan guarantees.

The Sirius board has said the Anglo deal is the ‘only feasible option’ to save the mine and has urged shareholders to vote in favour at a High Court meeting on March 3. It needs 75 per cent support.

But some investors have said they would rather risk the firm going bust than back the deal, which would net Fraser around £7million and a job at Anglo for at least a year after the deal completes.

Martignetti said: ‘Sentiment is so high that Anglo has to be alive to the possibility of a No vote.’

He added: ‘Investors feel Anglo are taking advantage to buy Sirius on the cheap. They know the potential profits are extraordinary.’

Last week ShareSoc directors met Anglo American to ask it to raise its offer or change the terms so that retail shareholders would retain an economic interest in the project.

Sirius said it is confident it has complied with stock exchange rules.

A spokesman added: ‘We recognise that shareholders are disappointed with the current situation, but the Company has clearly disclosed the risks associated with the business, which is a single asset development project requiring billions of pounds of investment to reach production.’