Former Liberal Democrat MP Lembit Opik endured the darkest period of his life after he lost his parliamentary seat in 2010. He struggled to find work for years afterwards and suffered from depression.

Now 54, he lives in Surrey and is working as a brand and marketing strategist with Icon Relocation, a relocation company for professional people.

Not to spend what you haven’t got. My father was a physics and maths lecturer at Queen’s University in Belfast. Most of the time, my mother was busy raising us three kids but she occasionally worked part-time in a canteen.

Money wasn’t tight, but it was tightly managed. My father was determined that our family should live within our means. I have inherited that concern from him, so if I’m spending more than I earn, it really stresses me. There were no handouts in our home.

What was the first paid work you ever did?

Working Saturdays in a garage on the Lisburn Road in Belfast from 8.30am until 6pm. I was 15. I’d repair flat tyres and clean the oil off the floor for £5.20 a day. It was physically demanding, but intellectually not demanding at all.

It gave me thinking time. I spent the whole day thinking about things I was trying to work out in my life, particularly what made people tick.

Yes. The worst time was after I lost my seat as an MP in 2010. I wasn’t expecting to lose and I had no other jobs or directorships, so that day I lost my job I lost my whole income. In five minutes on stage, I went from financial hero to zero and still had all my bills to pay. Within two years, I was insolvent.

My bank, NatWest, sent groups of three people to my house, threatening me, saying if I can’t get my situation sorted out, they would repossess my home.

In the end, I borrowed money from Barclays and got through. I was determined to get a job that would get me out of my hole.

Three and a half years after I lost my seat, I finally managed to get a job as a director of communications and public affairs for the Motorcycle Action Group.

But that period in between was the darkest time that I have ever had in my life financially.

Did you suffer from depression?

Yes, in a serious way. I’d stay in bed until two or three in the afternoon. I didn’t stop trying to get a job, but it was so hard. I felt crushed by the pressure of failure and a sense of despair.

It wasn’t that I didn’t want to work. I just couldn’t get a job. I had been an MP for 13 years. I had been leader of the Welsh Lib Dems and helped build the party in Wales to the most successful it had ever been.

But after May 2010, I couldn’t get work or even get an interview for any job I applied for. I didn’t consider suicide but I really understand how people can become suicidal.

I can also see how previously successful people end up on the street. That was where I was heading.

Everyone negotiates their own fee for that show and my agent got me a terrible deal.

One of the great missed financial opportunities of my life is not converting my experience in the jungle into something intelligent outside the jungle.

What was your best year financially?

It was 2007. I was earning an MP’s income and making a lot in appearance fees. But I have to say, TV doesn’t pay as well as people think. Everyone thinks you’re getting tens of thousands of pounds when you’re actually getting hundreds or, sometimes, nothing at all.

What is the most expensive thing you bought for fun?

The cost of buying a plane pales in comparison to running it. There’s an old phrase: in order to end up with a small fortune in aviation, you have to start with a large one, and that is so true. 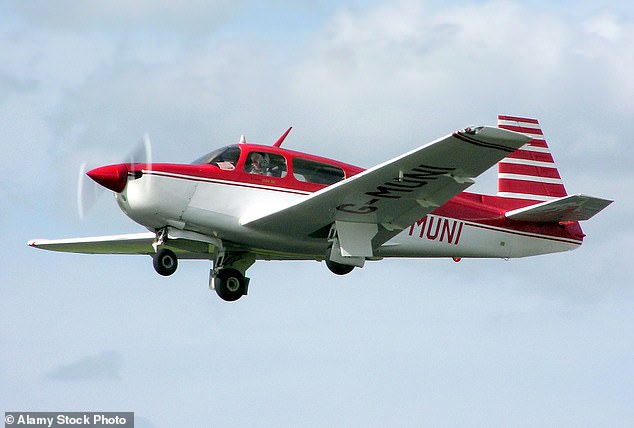 Taking off: Lembit once owned a share in a light aircraft with three other people for £80,000

Buying a two-bedroom apartment in Lambeth, South London, for £110,000 in 1997 when I became an MP. It’s probably worth seven times that now. I rent it out.

Do you save into a pension or invest in the stock market?

No. I have a pension through previous employers, including my MP’s pension. It’s not huge, but it’s something. I don’t invest in the stock market. I think it takes time to do it well and I haven’t got that time.

Do you own property apart from the London flat?

As well as my flat in Lambeth, I have my home in Surrey. It’s an ordinary three-bedroom semi which I bought last year using equity from my London flat. I haven’t checked how much it’s worth recently.

What little luxury do you treat yourself to?

Business-class travel. Everything from the speed of check-in to the lounges and the seat gives me a feeling of luxury.

I would abolish road tax on cars and just put it on petrol and diesel. It’s simpler. If you get an economical car you pay less, if you don’t you pay more.

Do you donate money to charity?

Yes, through my church, Oasis. I trust them to make good decisions.

What is your No 1 financial priority?

To balance my books. I’m freelance now, working in public affairs, marketing and broadcasting, and jobs come and go. Sometimes I’m in the red. Success for me is a year when I do what my parents taught me to do – and spend less than I earn.